From the Archives: RGS Alumnus in Dramatic WWII Naval Raid 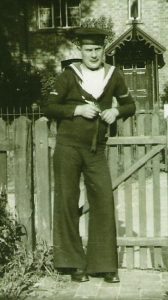 RGS alumnus, Mr Mark Rogers (1963-70) made timely contact with our Foundation Office as the 80th Anniversary of ‘Operation Chariot’ approached. Mark tells the following story of Able Seaman Albert Richard Carver Stephens P/JX131369, another RGS alumnus and one of the brave men involved in ‘Operation Chariot’ – the raid on St Nazaire.

“Albert Richard Carver Stephens was the only son of Albert and Sarah Stephens of Himbleton, Worcestershire. His mother ran the post office in the village and paid for him to attend the Worcester Royal Grammar School where he studied until the age of 16. His father had died during the Spanish Flu epidemic in 1918.

Dick’s life was the Navy, the only thing he ever wanted to do and he joined up as soon as he left school in 1927. After training on HMS Ganges, he served aboard various vessels overseas in China and West Indies, and was described in 1998 by Commander Christopher Dreyer: “Stephens was our air gunner and our most excellent cook, producing marvellous meals on the little Primus stove, and a dearly loved character.” 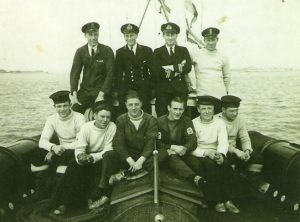 By 1940 he was serving aboard Motor Torpedo Boat 102 and the May of 1940 saw their small boat playing an important role during the evacuation of the BEF from Dunkirk, making numerous trips across the Channel ferrying VIPs back and forth, including bringing home General Alexander, the army commander.

For his determination and bravery during this operation, Dick was awarded the Distinguished Service Medal, with the citation reading, ‘For good services in the withdrawal of the Allied Armies from the beaches of Dunkirk.’

In 1942, as ‘Operation Chariot’ was being planned, Motor Gun Boat 314 was designated to be the headquarters vessel. According to those who knew him, Dick was quite fearless, therefore it is not surprising that he was chosen to take part in one of the most audacious raids of the Second World War.

One dilapidated destroyer, surrounded by a cluster of small naval craft, left Falmouth in March 1942, intent on sailing down the Channel, around Cape Finisterre and entering the Loire estuary. There, they were to destroy the lock gates at St Nazaire, thus preventing the Nazis from using the only dry dock in France big enough to repair battleships such as the Tirpitz. In retrospect, the attack on St Nazaire was an extraordinary gamble, which was to succeed but cost the lives of many brave men, including Dick. 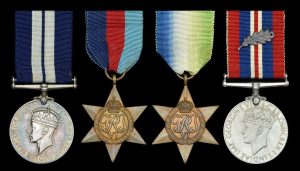 Dick Stephens’ body was returned to his home village, where Harry Rogers told me the church was packed for the funeral service. He was laid to rest in the churchyard, next to his father, a short distance from where the photograph was taken at the gate to his mother’s post office.

Stephens was Mentioned in Despatches with his citation reading ‘For great skill and dauntless devotion to duty as second coxswain of a Motor Gun Boat. He was mortally wounded while helping at the pom-pom.’ 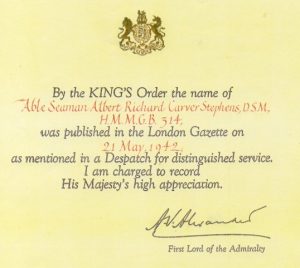 Let Frank Smith, the ‘trainer’ on the pom-pom, have the final say on Dick. In a letter to me in 1998 he wrote: ‘He was a fun man, always skylarking and making jokes, the sort of person you could rely on, and the type you want as a shipmate.’ ”

Our thanks to Mark Rogers for kindly sharing his work with the School Community.