Football at RGS is led with passion and enthusiasm, with a style of play that embodies the ‘beautiful game’ and allows all boys and girls the opportunity to express themselves. The RGS Values are apparent in everything that we do both on and off the field of play; we are fully inclusive, promoting sport for all and look to excel at every opportunity. We have developed a consistent reputation for providing challenging and competitive fixtures against many of the strongest independent and state schools in the South West Midlands and South West of England.

Participation rates in Football are high, with every age group having at least two competitive sides. The transitional stage between Under 15 and Seniors ( 1st XI, 2nd XI) continues to be an area of focus, with pupils developing with greater confidence and potential. We are able to match A/B fixtures at Under 12-14 level with external club commitments in order to support the game outside the school and give pupils further opportunity.

Football coaching at RGS is continually improving, with regular staff development sessions and a detailed progressive coaching framework in place that mirrors the FA’s player and coach pathways at FA Level 2 and UEFA B.

Football at RGS has grown in strength in the past few years, evidenced by the increasing Independent Schools’ Football Association (ISFA) representation from both boys and girls, as well as County age group selection. Seb Thompson is our latest pupil to earn a professional contract and represented England at Under 16 level, whilst also managing to play a significant part in the RGS 1st XI season.

Girls Football Club at RGS  is very popular with pupils. Head of Football, Mr Gary Leeds said: “The Girls Football Club was launched at RGS in 2021 and has continued to flourish with well over 30 girls attending regularly. The Club has given the girls an opportunity to express their talents and develop their footballing core skills. This term we have focused on creating space, passing and control under pressure, some attacking and defending components.

Those who represent the School 1st XI get the unique opportunity to play at Sixways Stadium in the annual Challenge Cup. Supporters come in their thousands to cheer on the team in what is a special experience for all those involved. 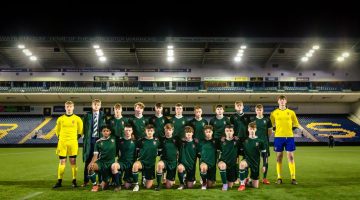 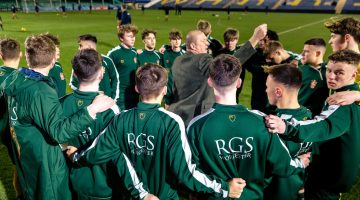 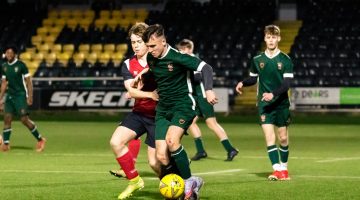 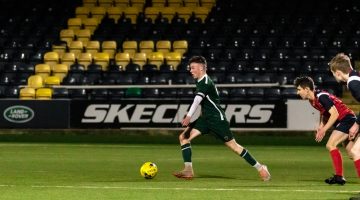 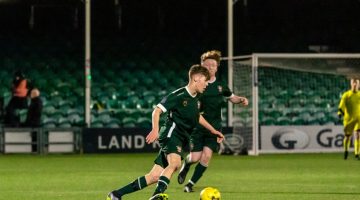 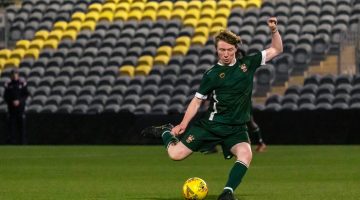