Honorary Patrons are appointed to the RGS Worcester Family of Schools to reflect outstanding contributions to the success of the Schools over a significant period of time. Honorary Patrons provide expert advice and continued support to the Board of Governors and the Schools. 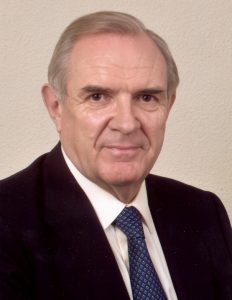 Sir Roger Fry CBE-Governor Sir Roger has a career in British education abroad, is President of the Council of British International Schools and is an Honorary Fellow of Trinity College, Oxford. He brings to RGS an international dimension and expertise in school governance and management.

Sir Roger stepped down from the Board of Governors after 25 years of outstanding service in March 2021 and, in recognition of his contribution to RGS, was appointed an Honorary Patron. 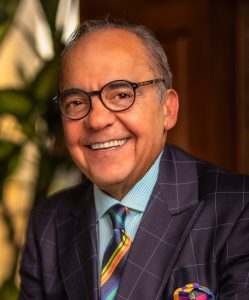 Fasha Mahjoor attended RGS (1967-72) as a Whiteladies Boarder and was appointed House Captain. Fasha went on to study Architecture before relocating to Los Angeles for his Master’s Degree. His career path altered radically in 1982 when his entrepreneurial spirit led him to found Phenomenex, a company involved in the research and manufacturing of separation sciences products, specifically chromatography. Fasha grew Phenomenex into a hugely successful global business, pioneering new ways of working and imbuing its culture with his philanthropic values. His leadership and support empowered employees to carry out charity work in their communities.

The Danahar Corporation acquired Phenomenex in November 2017 and Fasha continued to pioneer new technologies through his new company, Neoteryx. For his work with Neoteryx and Phenomenex, Fasha was nominated for the Pittcon Heritage Award which is administered by the Science History Institute in the United States of America. This award is a signal honour of recognition for achievement within the Life Sciences sector, and the list of past winners includes Nobel Prize holders, industry leaders and distinguished scientists. In 2022, Fasha broke yet more new ground to become the first-ever recipient of the Pittcon Heritage Award to hail from a non-science background, as well as being the first-ever RGS alumnus to receive the honour.

Fasha actively supports a wide range of charities around the world for which he was awarded the extremely prestigious Ellis Island Medal of Honor in 2013. A passionate advocate for helping young people to achieve their potential, Fasha serves as a Trustee for the Outward Bound Trust. Fasha developed his lifelong passion for Rugby while playing on Flagge Meadow and he has maintained a keen interest in the School, returning regularly whenever he visits the UK. His extremely generous support for RGS Worcester over a number of years has benefited numerous pupils.

Fasha’s commitment to RGS was recognised by his appointment as an Honorary Patron in March 2021.