There is a tangible sense of excitement and involvement in musical performance at RGS. Students from all year groups have the chance to perform solos at informal year group Tea-Time Concerts each year as well as in our series of ‘Perrins Sessions’ films. The Big Band and Senior Jazz group put on regular concerts of their own: over recent years, ‘Christmas with the Big Band’ and the Cabaret Evening have proved particularly popular crowd-pleasers, offering a chance for senior solo vocalists to sing with a full Big Band. 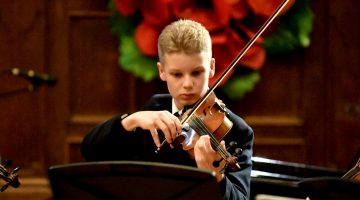 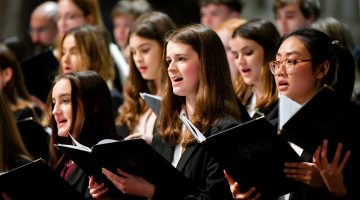 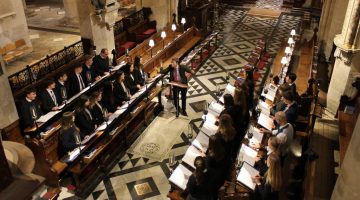 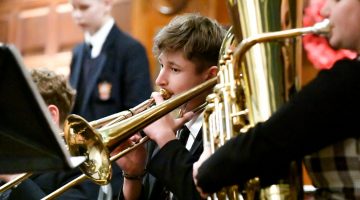 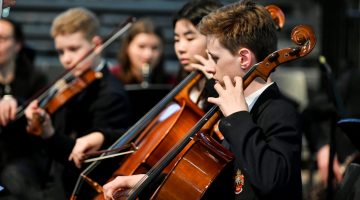 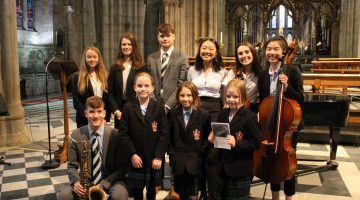 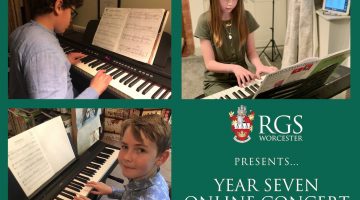 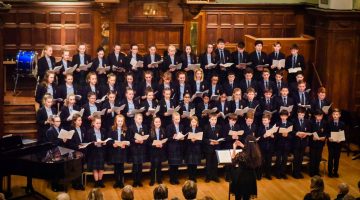 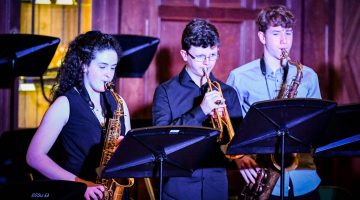 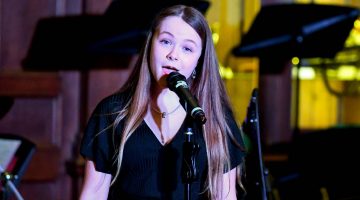 Our most advanced pianists annually perform alongside and receive guidance from, a professional pianist at the Piano Concert and we are increasingly looking to take our soloists out to perform around Worcester, such as in recitals at Worcester Cathedral, Pershore Abbey and for the local branch of the Elgar Society. Students can join instrument-specific ensembles, such as out thriving Flute Group, Saxophone Ensemble and Junior Strings, as well as larger groups such as Wind Band and Orchestra who perform in our major ensemble concerts in our historic Perrins Hall. Chamber music groups, such as a Wind Quintet and String Trios, are created each year, whilst future concert plans include establishing an annual Vocal Recital and a String Celebration with string players from all four RGS, and other local, schools.

Singers in Years Seven and Eight enjoy singing in our seventy-strong Junior Choir before moving into Senior Choir for Years Nine to Upper Sixth, where a mixture of contemporary and classical repertoire is sung. The Chamber Choir regularly sings Evensong at Cathedrals such as Worcester, St Paul’s in London and colleges in Oxford as well as singing at St Richard’s Hospice’s annual ‘Lights of Love’ service and other special events in school such as Remembrance. Following performances from all of our choirs and brass players in our annual Christmas Carol Service in Worcester Cathedral, the whole RGS family comes together for the spectacular Choral Concert every Lent Term, with a mass choir from all four RGS schools closing what is always a superb evening. The Music Department also enjoys working closely with the Drama Department on annual musicals and other performance projects, whilst House Music competitions see students from each house working together to produce high-quality ensemble performances.

Shostakovich: Piano Concerto No.2, I. Allegro

Thomas Tallis: If Ye Love Me