This week has seen the magnificent Godfrey Brown Theatre filled with drama once again as the RGS DIY Theatre Company performed a moving and sensitive adaptation of Michael Morpurgo’s novel, ‘Private Peaceful’.

Please enjoy the glowing review of the performance from Head of English, Mr Nicholas Philips:

“It was wonderful to welcome back the DIY Theatre Company on Wednesday for the opening of their new production of Private Peaceful. It is almost two years to the day since the first Covid Lockdown meant that the Company had to halt its production of Macbeth, so it was a delight to see the Performing Arts Centre full and the array of superb theatrical talent of all ages on stage once again.

The DIY Theatre Company is a truly collaborative enterprise: it brings together Drama Scholars and performers from across the School; it is an invaluable way for younger pupils to gain experience, to learn from, and be inspired by, more experienced actors. The Company is also involved in all aspects of the production, from technical support to front of house. This sense of unity and energy was palpable on stage and contributed to a marvellous production.

There was an added poignancy because of the cast’s unflinching and moving portrayal of war and the way it remorselessly tears apart countries, families and friendships. All proceeds from the shows will be donated to the School’s Ukraine Fundraising Appeal and the audience making its way home at the end of the production were aware that they had witnessed something which spoke eloquently about our own times.

The cast were tremendous. The actors playing the Peaceful family at different stages of their lives were all very effective in portraying the closeness of a family afflicted by loss and grief. Nick Kaleniuk and George Jasper in particular brought the Peaceful brothers’ deep bonds of affection and loyalty movingly to life. Their final scene together in Charlie’s prison cell was full of anguished pathos. In his role as Tommo the Narrator, Ethan Farmer skilfully linked the play’s separate time frames together and in the final scenes captured powerfully the agony and tragedy of a soldier’s hopes and fears. In the second act particularly, there were some excellent ensemble scenes with the whole cast contributing to the depiction of vivid and harrowing battle scenes. There was some very impressive and innovative physical theatre in these parts of the production, as well as in the pre-war village scenes in act one. This all culminated in a climax that memorably conveyed the horror and cruelty of war.

While many of those on stage were in their first RGS or DIY production, the evening also saw several pupils make their final appearance on the School stage. Ethan Farmer, Rosie Greenwood, Freddie Nock, Katie Downes and Bella Hulbert have all made enormous contributions to School Drama and have brought audiences a great deal of pleasure and enjoyment over the years. Great thanks to them and to Mrs Witcomb and her Department for a memorable, moving and timely production.” 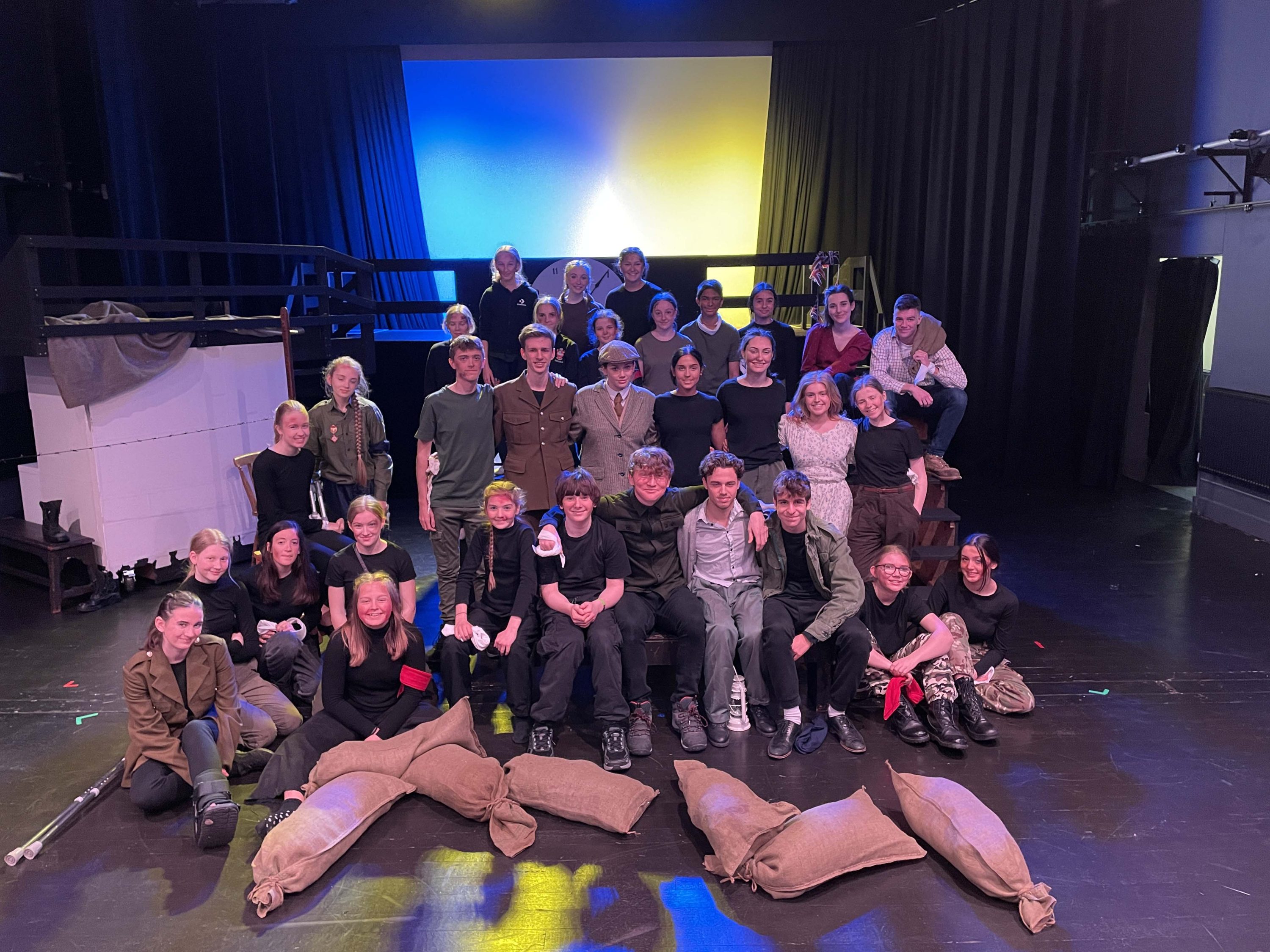