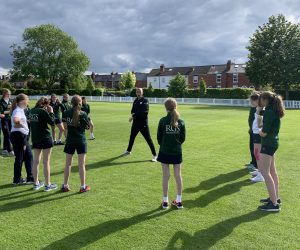 Girls Cricket at RGS has really taken off over the past week with the girls playing four matches against RGS Dodderhill. The Under 12s started the season with a pairs fixture, showcasing the skills they have learnt and developed and implementing them in a game situation. The team had a fantastic afternoon, for some it was their first game of Cricket. The girls demonstrated a good amount of learning about Cricket as well as developing their teamwork and leadership skills. 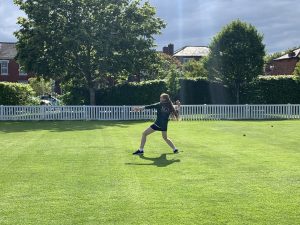 The Under 14 and Under 13 A and B teams played in very competitive games in their fixtures against RGS Dodderhill. Both Under 13 A and B teams won their matches with some wonderful skills being displayed. Key stand out players from the fixtures were Fynn Butler and Eden Williamson,  for their confident batting and high scoring partnership, and Hannah Agoston for her positive batting style and consistent bowling. The Under 14s played some excellent Cricket and demonstrated wonderful team cohesion. The energy was extremely high, which was very pleasing to see. The girls were playing for one another, something that has been highly encouraged.