Will started Fencing in Year Four at RGS The Grange, joining the after school club along with his older brother, Flynn. Will continued Fencing whilst a pupil at RGS Worcester, benefiting from elite coaching from Mr Nick Chapman and Mr James Harris. 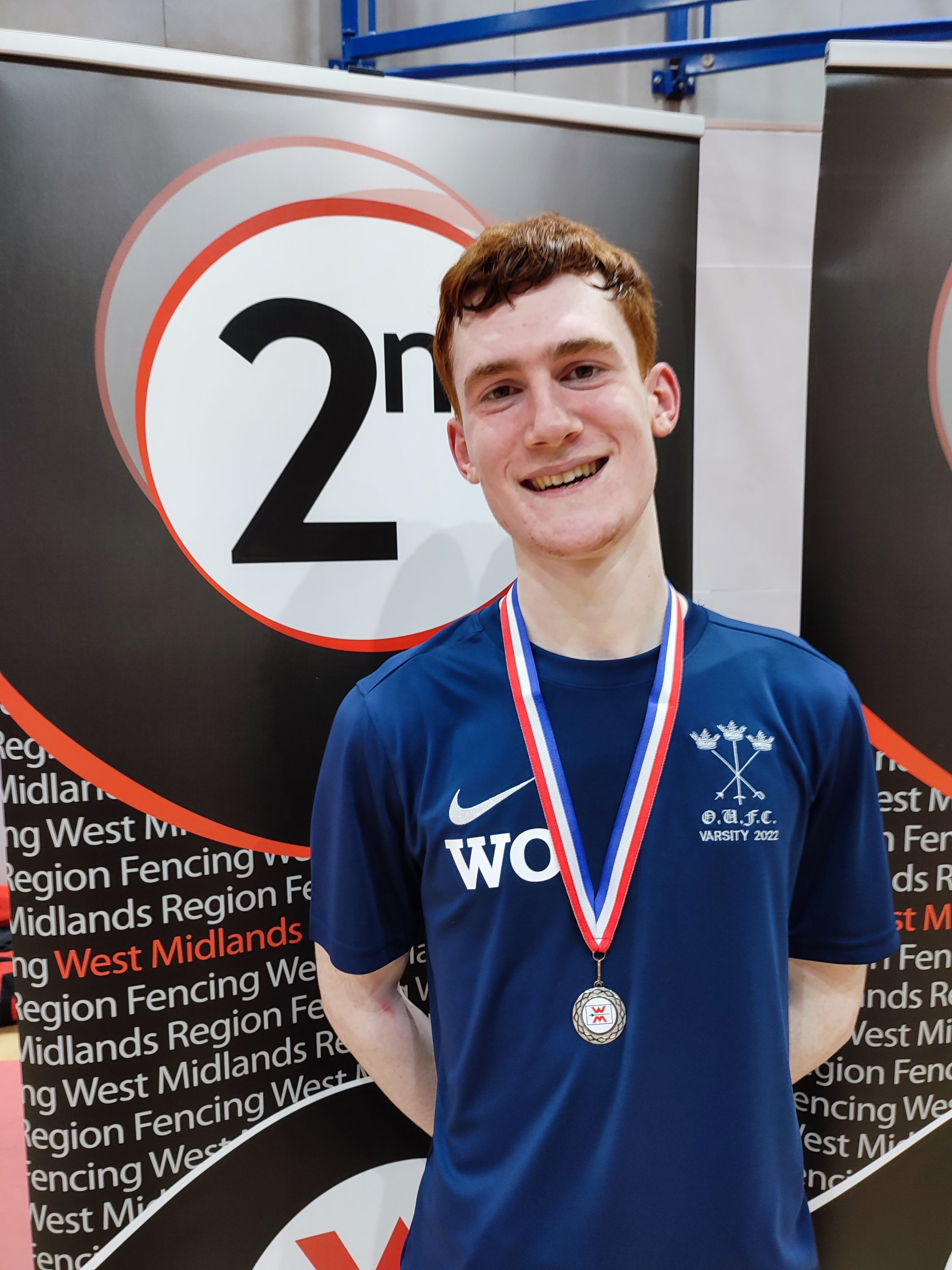 Earlier this month, Will took part in the 2022 Varsity Fencing Competition in his role as Captain of the B team (in all 3 weapons). Will’s team won against Cambridge 45-43, helping the University of Oxford become the overall winners of the tournament. Thrilled, Will now has his name engraved on the trophy!

Will is enjoying his studies at Oxford and, despite his course being incredibly intensive, he still manages three Fencing training sessions each week, plus regular competitions. Despite only being in his second term, Will is now working towards being awarded a Blue or Half Blue in Fencing (the highest honour granted to individual sportspeople at the University of Oxford and a highly sought-after achievement for Oxford student athletes). Well done Will!