At the Year Eight Teatime Concert in Perrins Hall last Thursday, audiences were treated to pupils performing a diverse range of music, spanning a variety of styles and range of instruments.

The concert started with Sophie Fisher, who played Allegro in F on the piano and provided a beautiful and delicate opening performance. Callum Munday followed, playing J. K. Mertz’s Andante on the guitar, a preview of the style of music that the school can look forward to next term, in the Senior School Production of Zorro! We then enjoyed a trio of jazz pieces; Thomas Pound playing M Tanner’s Forty Winks on the piano, Hattie Gibbs playing an arrangement of James Rae’s A Ballad for Frank on the clarinet and Jai Sanehi playing Martha Mier’s Opening Night Jazz on the piano. All performed with a cool and calm confidence. Lucas Wood then raised the roof of Perrins Hall, playing the drum kit part of Bastille’s Pompeii along with a backing track, impressing all with his energy and drive. Heidi Porter calmed us back down, playing Anne Crosby’s Angelfish on the piano followed by Rachel Crookall playing an arrangement of the traditional folk tune The Water is Wide on the harp. Elizabeth Kaleniuk continued this calm and beautiful mood, playing Frederic Chopin’s Nocturne in Eb on the flute. Emily Jackson completely changed the mood again, playing Timothy and Natasha Kraemer’s arrangement of Cossack Dance on the violin and Sihan Fu then closed the concert with a beautiful and accomplished performance of Léo Delibes’ Passepied: No.6 from Six airs de danse at the piano.

Thank you to all of the fantastic performers and everyone who came to support them. The next Teatime Concert is for Year Seven pupils on Wednesday 18 May at 4.30pm in Perrins Hall. Please do come along to support our young performers and enjoy a teatime musical treat! 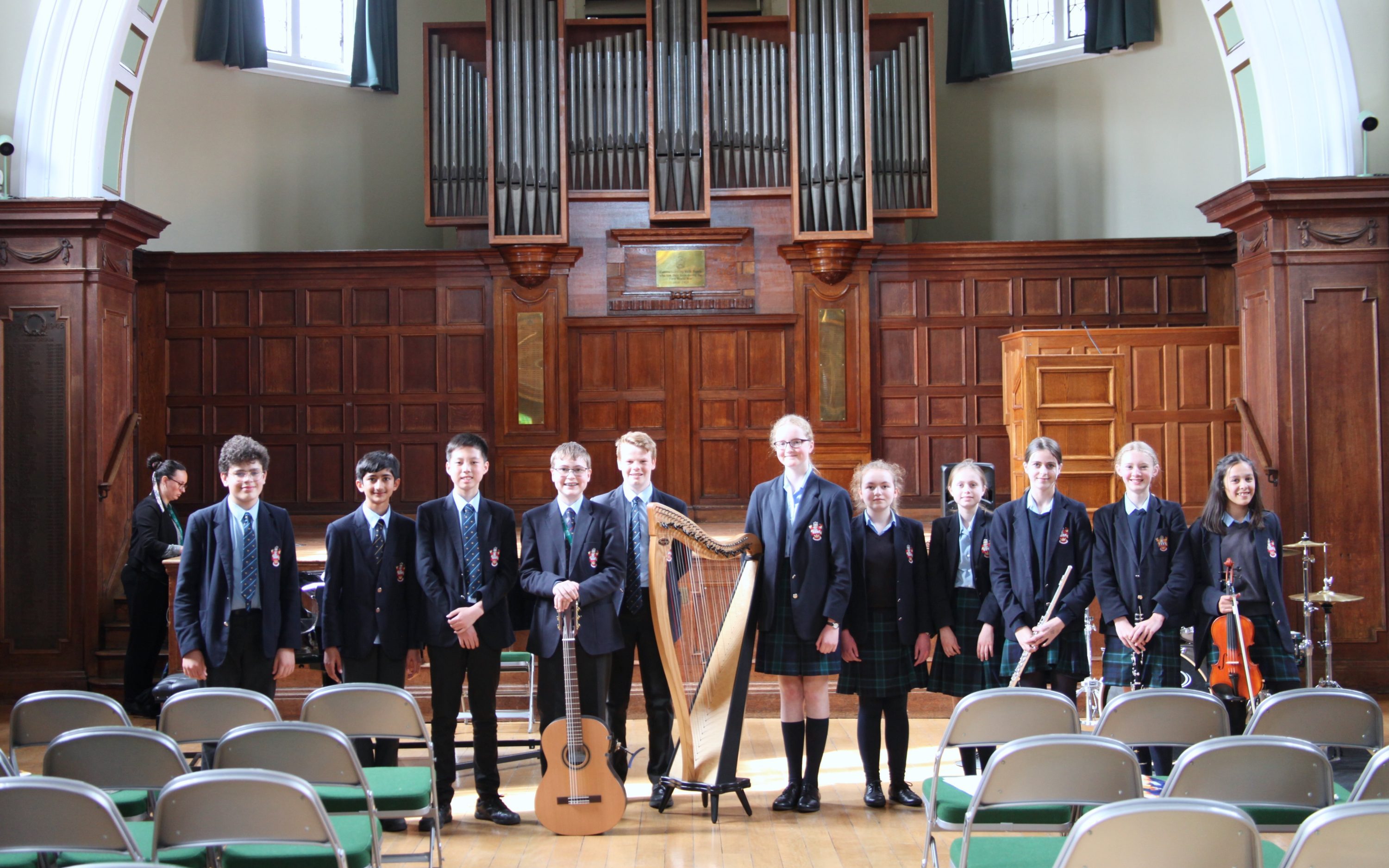 RGS Careers: A spotlight on the Legal Profession  Cricket season is off to a batting start