Young musicians from the RGS Worcester Wind Band have had a busy week of performances and events, sharing a love of music with other local schools.

On Monday, the RGS Worcester Wind Band performed a special concert alongside young musicians from RGS The Grange. Please enjoy the following report written by Year Ten pupil and member of the Wind Band, Elizabeth Crookall:

“On Monday afternoon, the RGS Worcester Wind Band joined forces with musicians from RGS The Grange, to perform in front of a large audience that filled RGS The Grange’s Hall. Starting the concert was the RGS The Grange Wind Band, with a group of lively pieces which provided a fun and exciting opening. This was followed by both the Junior and Senior Choirs from The Grange, performing several songs, some of which were emotive and moving, while others made the audience want to get up and dance! A confident and impressive String Quartet then played two contrasting pieces that were executed beautifully.

Following the talent of RGS The Grange musicians, the RGS Worcester Wind Band took to the stage, first performing a rhythmical piece called ‘Wind Dances’. Our second piece is a firm favourite among many band members, a medley of songs from the much-loved Disney movie ‘Moana’ which included Where You Are, How Far I’ll Go, You’re Welcome and We Know the Way. The playful Baby Elephant Walk concluded our section before the RGS The Grange Wind Band joined us for the final two pieces of the concert. Firstly, we performed the fun, catchy Westside Blues before the concert ended with Raider’s March. The combined volume and enthusiasm of the two bands meant that this classic tune provided the perfect finale.

It was so lovely to be able to take part in this event again, especially after its cancellation over recent years due to the pandemic. Collaborating with RGS The Grange was such a great experience for both bands and we all greatly enjoyed the concert.” 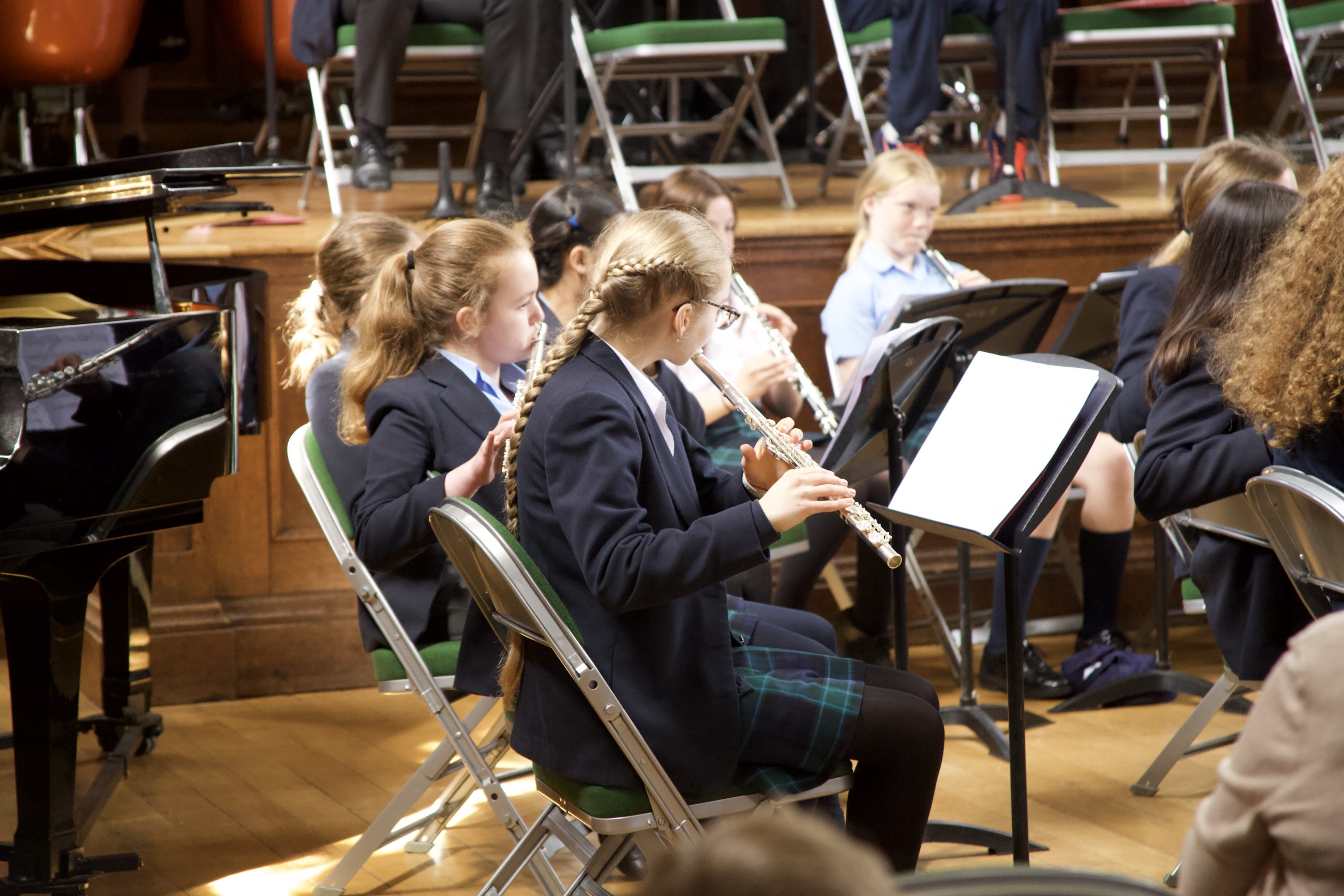 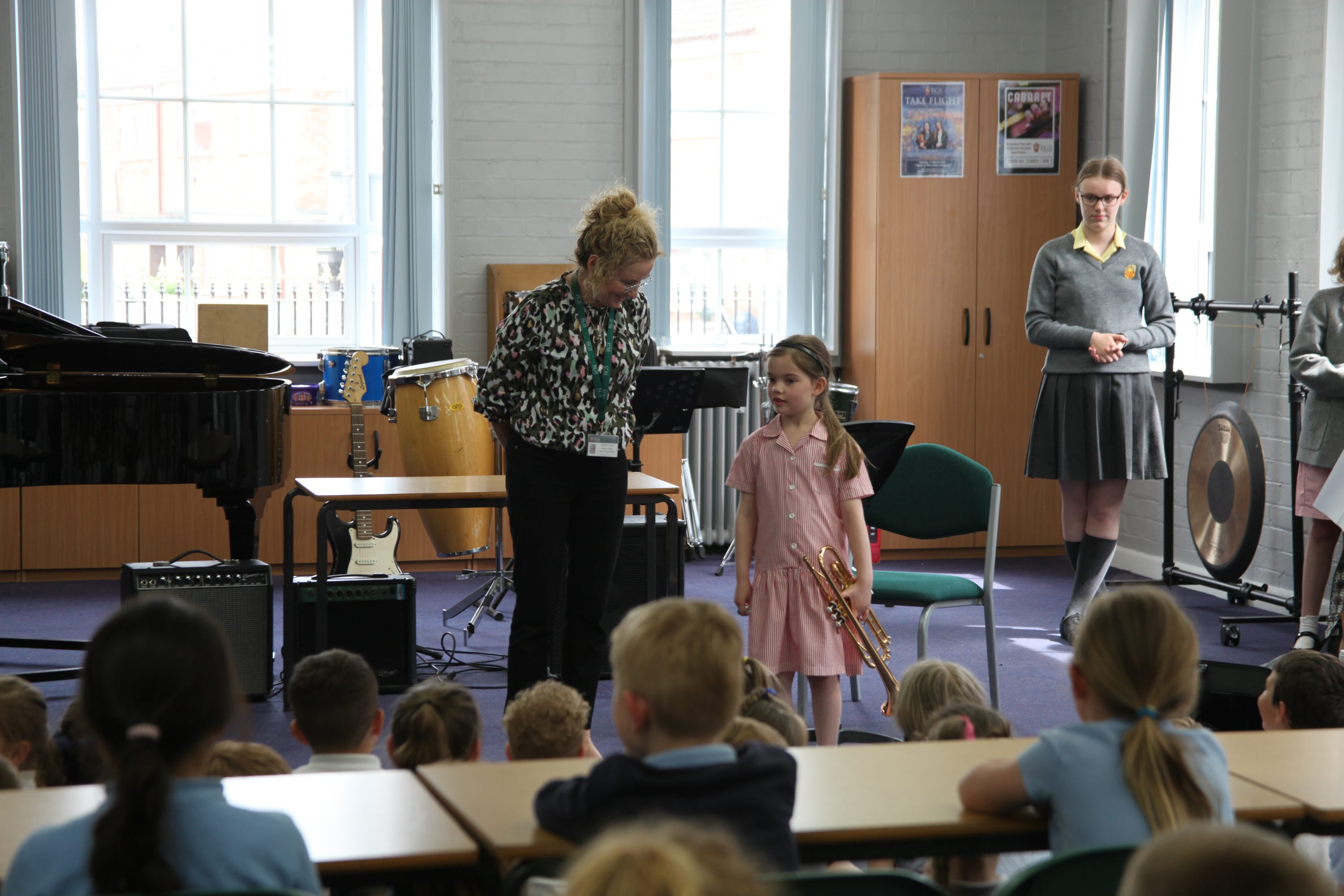 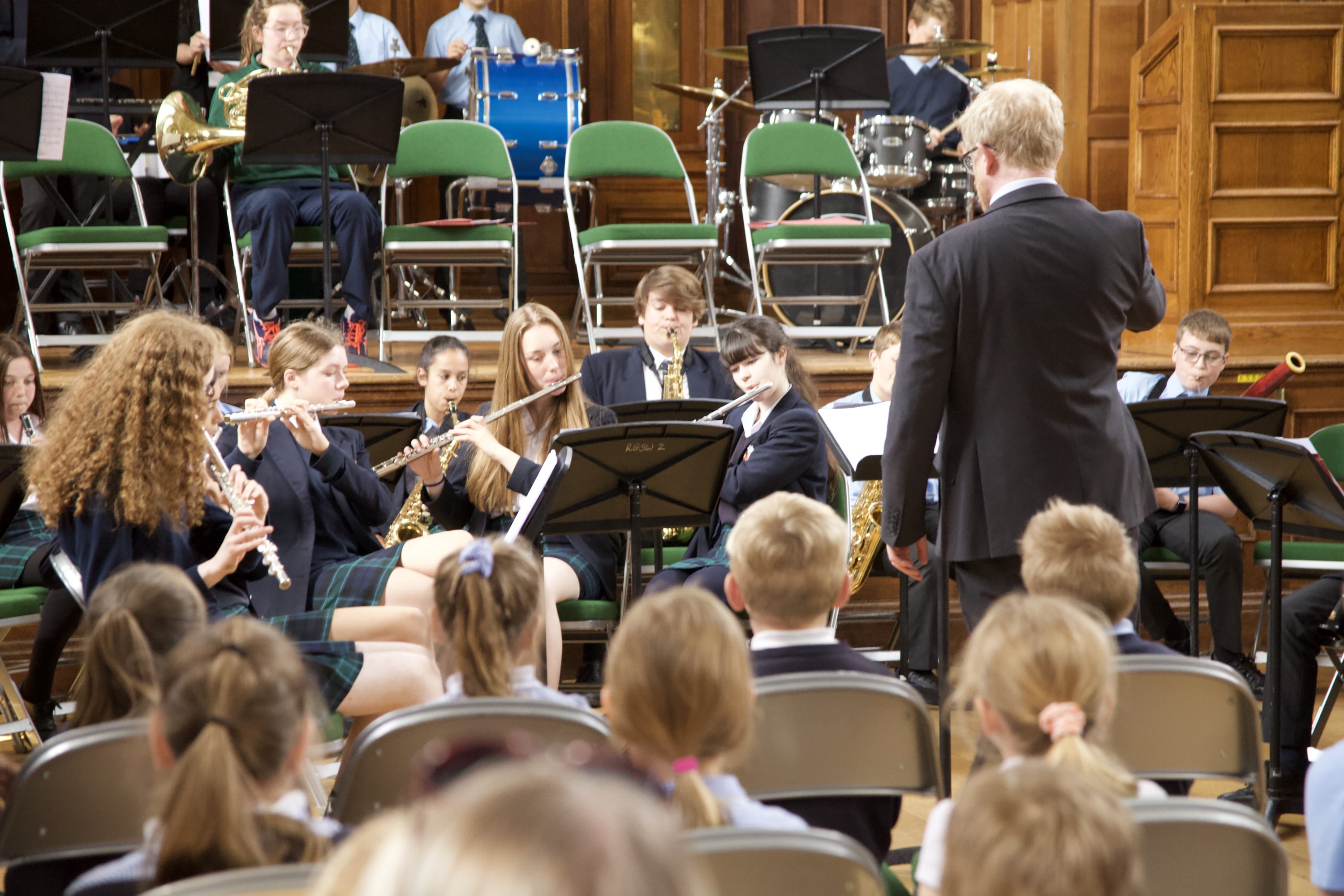 ‘The Piano and the Bear’: Sharing a love of Music with Cranham Primary School

Outreach Officer, Mrs Victoria Heath, said: “Pupils from Year Two at Cranham Primary School have been studying a book called ‘The Piano and the Bear’ and wanted to come and see some instruments, so we set up an event for them. It was a brilliant afternoon and so much fun!”

After the event, Teachers from Cranham Primary School sent the following message: “From all of us in Year Two at Cranham Primary, we would like to say a huge thank-you to you for organising such a brilliant afternoon. Please also pass on our thanks to staff and the talented children who performed. Our children got so much out of the visit and were chatting away about it to their parents as soon as we arrived back. P.s.  – The biscuits were delicious 🙂 .”