The four RGS Schools joined voices this week in a special concert of bird-inspired concerti and choral music, performed at Worcester Cathedral. Showcasing the musical talents of pupils from across the Family of schools, the audience were enthralled by the Schools’ joint Choir, featuring the voices of over 250 pupils, as well as soloists Isabella Hulbert, playing the Violin and Amelia Wood, playing the Flute. 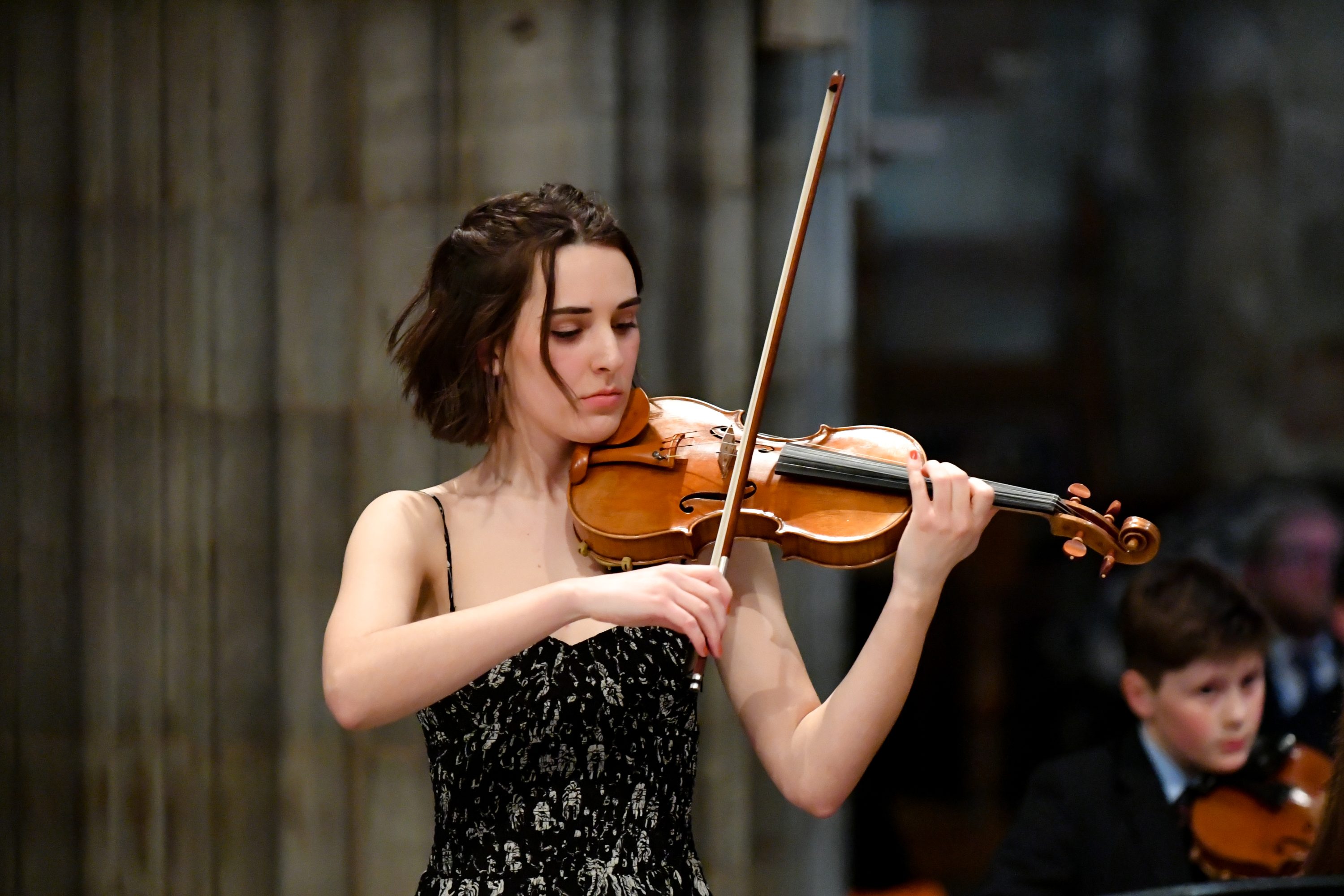 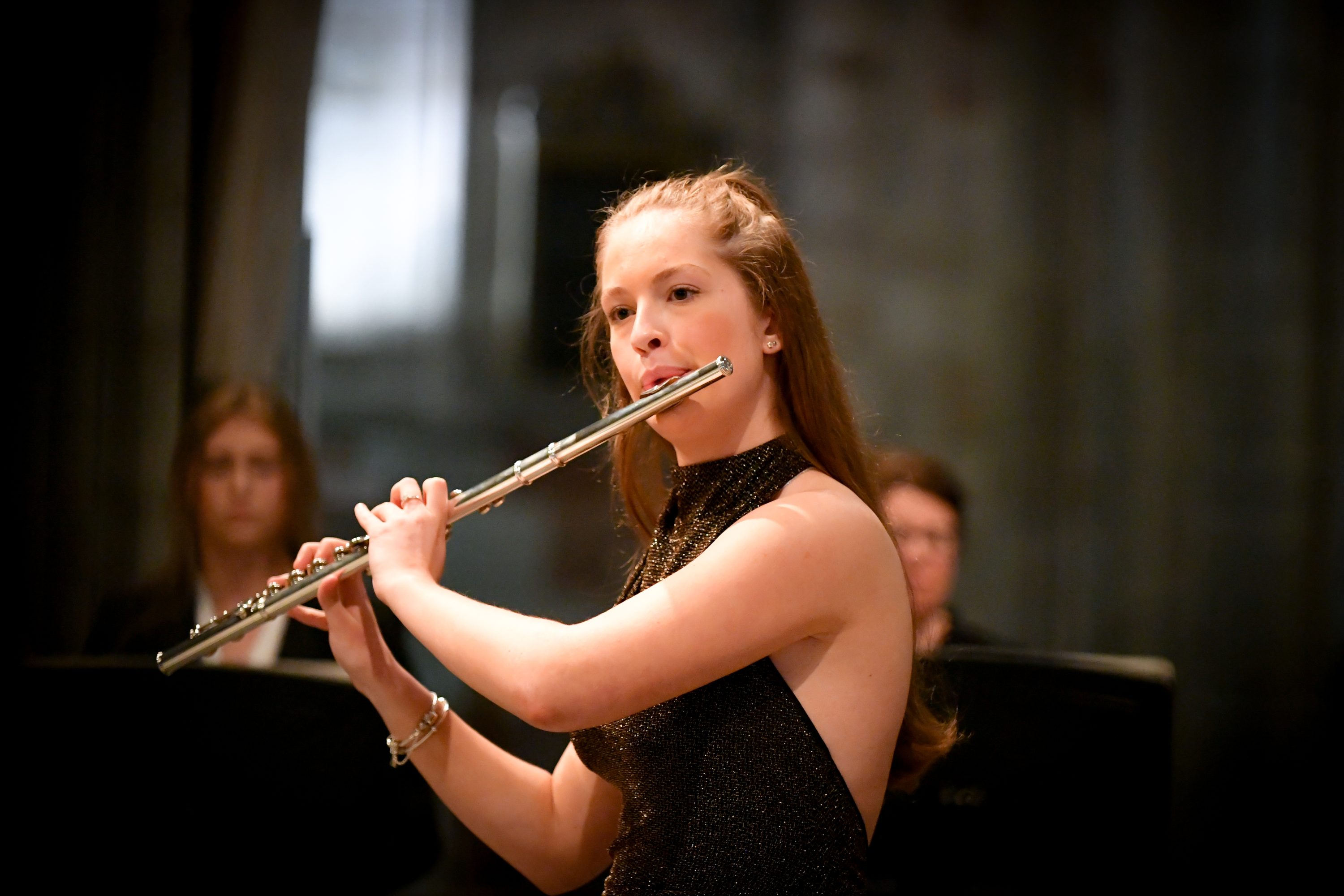 “The theme of ‘flight’ began with the RGS Orchestra, who accompanied me in Vaughan Williams’s ‘The Lark Ascending’ Romance for Violin Solo and Orchestra. The beautiful music was complemented by the Cathedral’s spacious acoustic and a particular highlight for me was playing the final solo Cadenza, as the undulating, soaring melody evoked the final flight of the Lark. The Orchestra took on the challenging music confidently and the wind section worked musically to achieve the chamber music-esque quality of the piece.

The RGS Springfield choir began the evening’s choral works, conducted by Head of Music Mrs Liz McCabe. They performed A Bernon’s ‘The Bird with One Wing’ beautifully, before combining with the RGS The Grange Choir in a wonderfully harmonised version of ‘Feed The Birds’ from Mary Poppins. The RGS The Grange Senior Choir performed next, singing ‘The Robin’ – a new composition by conductor Mrs Keetley-Smith and Teacher, Mrs Cantin. The piece skillfully created the bird song through the imitative piano and choral texture. 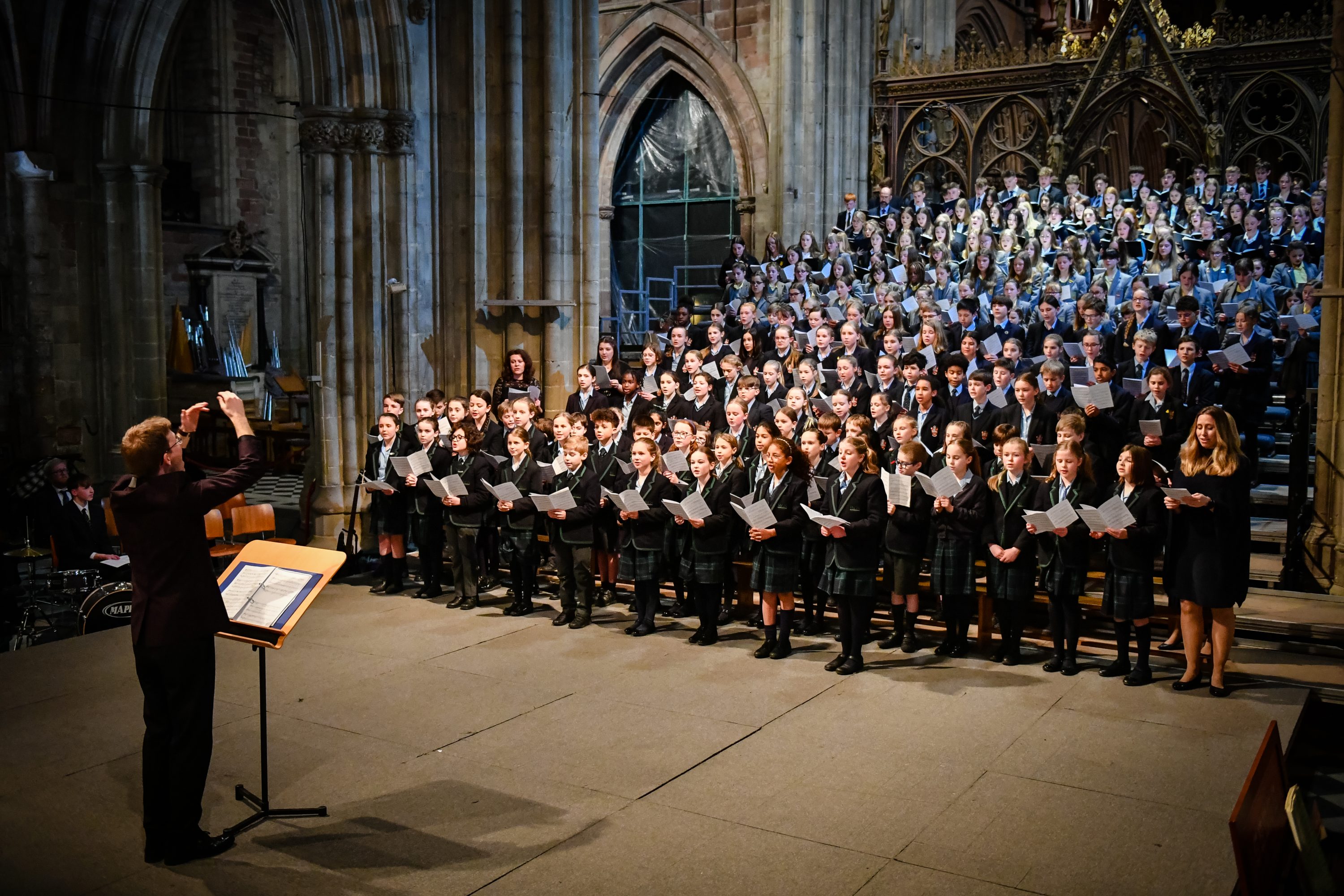 The first half of the concert concluded with the RGS Senior Choir, performing the jazz classic ‘Birdland’ by Hendricks and Zawinul, creating contrasting energy and pace following the previously peaceful choral works. The new timbre of a jazz combo, featuring Ivan Innocent, Lizzie Adams and James Kitchingman immediately created a buzz in the building, which was continued when George Oates emerged from the choir midway through the song, delivering an energetic improv Saxophone solo, acoustically transporting us from Worcester Cathedral to the Birdland Jazz Club in New York, driving the first half towards a grand finale.

The second half began with a change in genre and period, from jazz to baroque and included the second solo concerto of the evening; Vivaldi’s ‘Goldfinch’ Flute Concerto, performed by Upper Sixth (and RGS Dodderhill alumna) Amelia Wood. The three-movement work was accompanied by the Senior strings without a conductor, featuring a baroque ‘Basso Continuo’ played by James Kitchingman on Harpsichord. The accompanying ritornello string solos were played by Poppy Wood, Toby Butler, Martha Burden and myself, supporting the soloist in a chamber music style. Amelia’s skilful performance was very strong throughout, but her musicality was particularly evident in the second, slower movement, where the expansive, legato phrases were performed gracefully, creating a sense of reflection between the two virtuosic outer movements.

Following this, the RGS Dodderhill choir sang Burton and Kent’s ‘The White Cliffs of Dover’, conducted by Mrs Vinson, evoking the peaceful flight of bluebirds through their blended harmonies. The choir joined the RGS Worcester Junior choir in Britten’s ‘Cuckoo!’ before the RGS Junior choir sang Liam Gallagher’s ‘Songbird’ energetically. 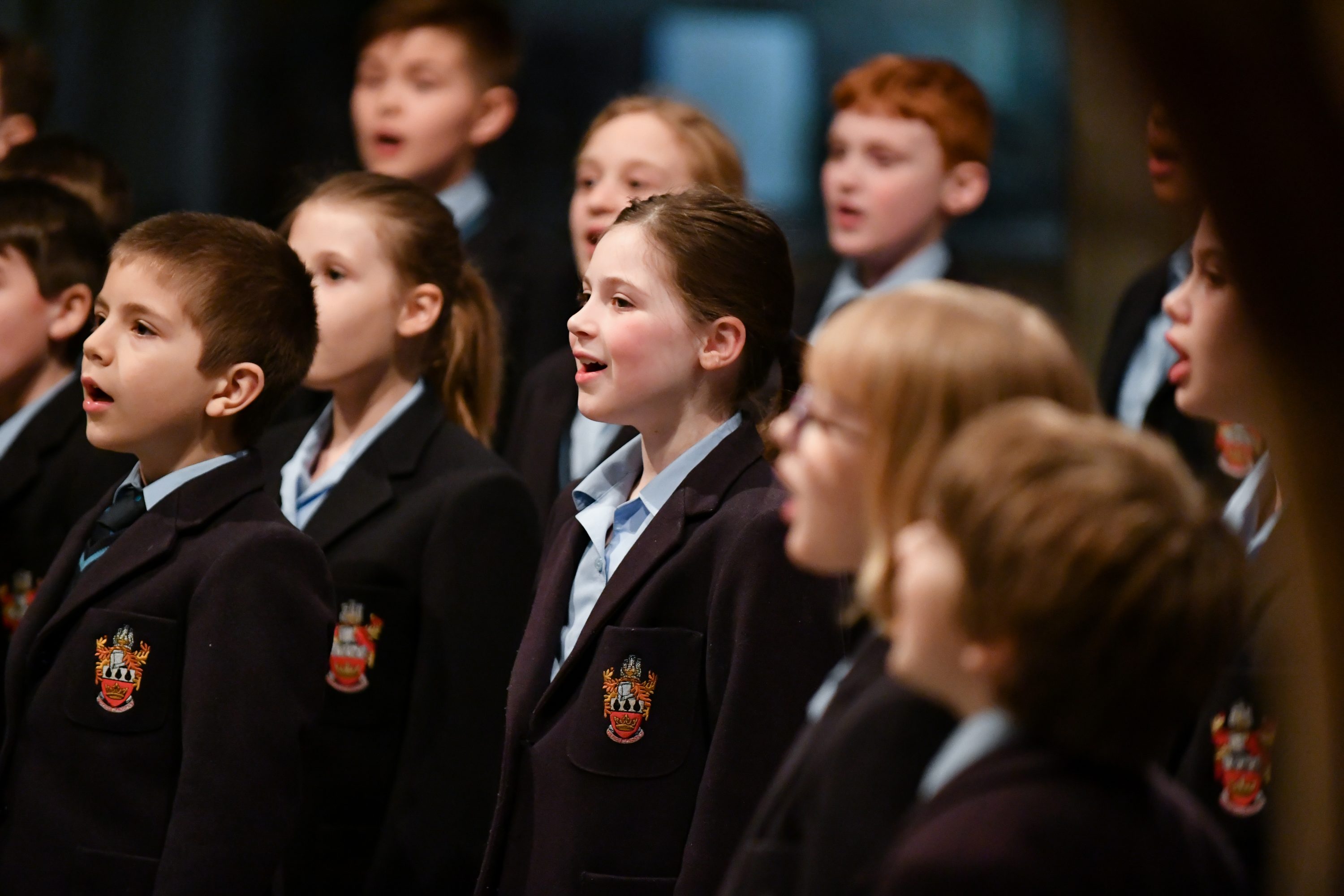 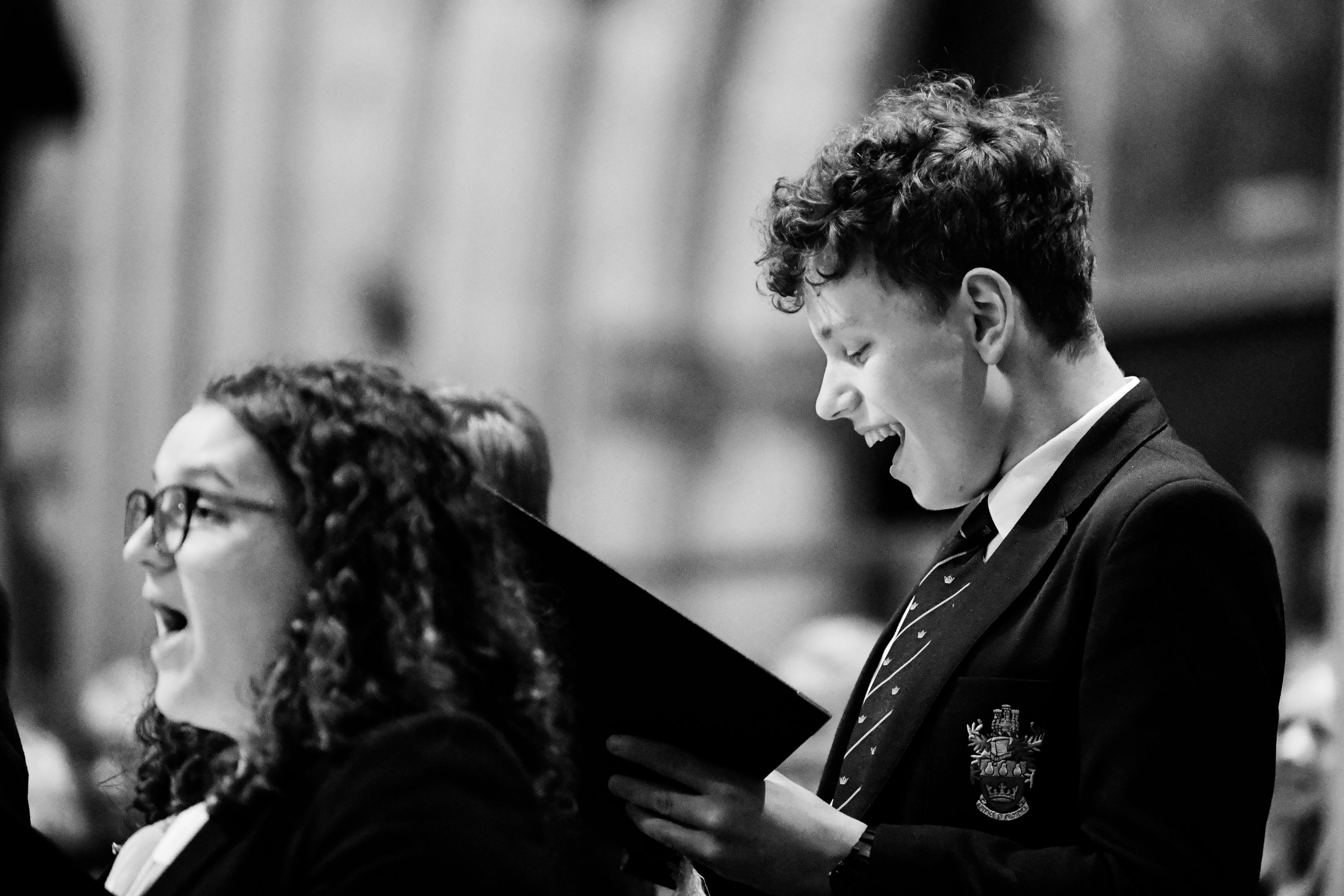 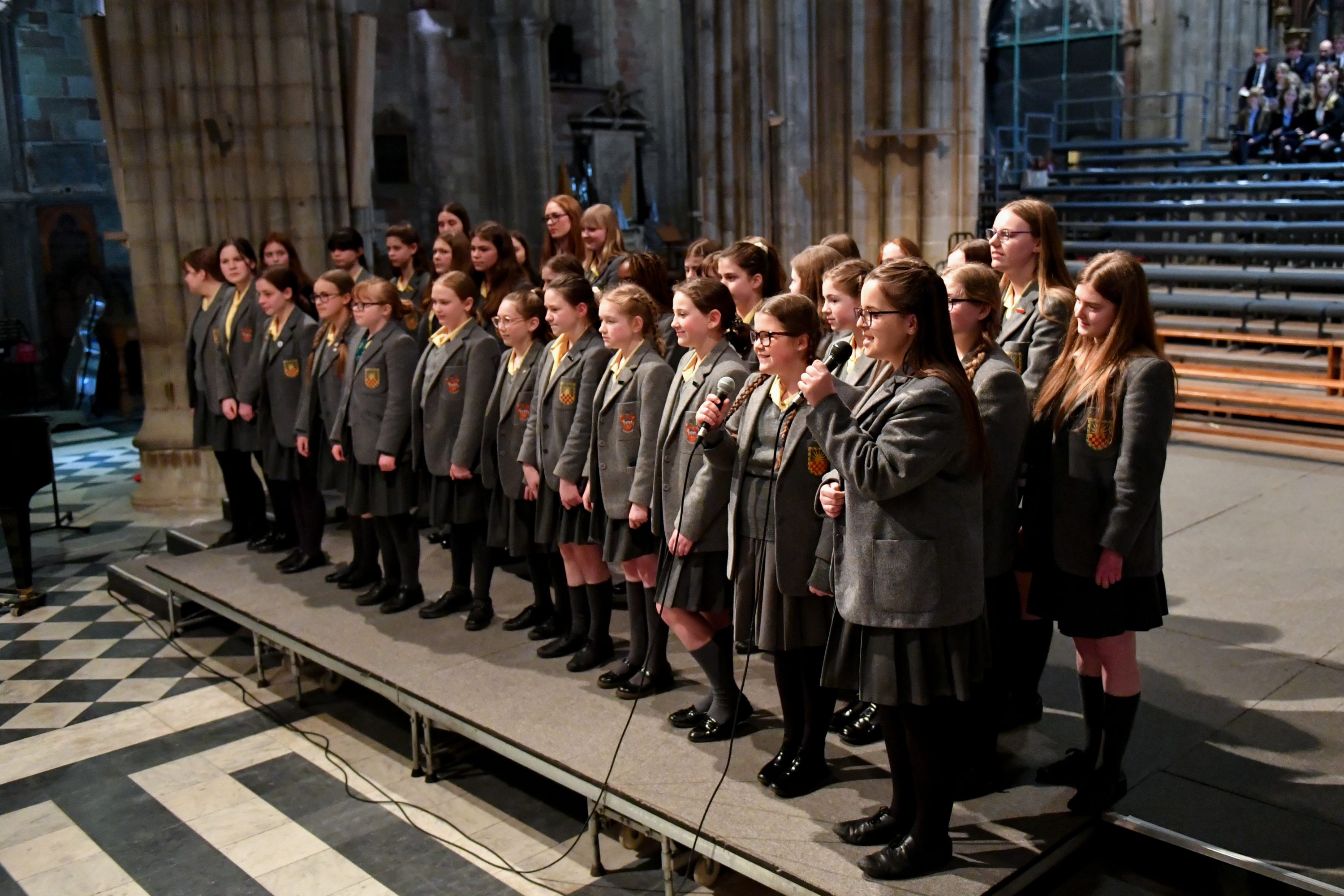 The concert concluded with the ‘Massed Choir’, performing Chilcott’s ‘Like a Singing Bird’, with the Prep Schools choirs singing the Upper Voices and the RGS Senior Choir singing a folk song countermelody, which expanded into a final tutti, filling the Cathedral.

The second piece, Mendelssohn’s ‘Hear My Prayer’ was opened by soprano solos performed by myself and Lucas Heyburn, with the Senior Choir joining for the raucous imitative tutti section, followed by the solo recit. The concert ended on the famous refrain ‘For the wings of a dove’, creating a sense of unity between the Schools, with the beautiful harmonies and organ accompaniment played by Mr Wilderspin concluding the evening.”

Many congratulations to the Music departments from all 4 Schools who worked closely together to deliver an incredible concert and to Isabella and Amelia for their beautiful soloist performances.