The rain and wind did not stop a very special Boat Naming Ceremony on Saturday 25 June. The occasion was the naming of two new boats for RGS Worcester’s Pullinger Boat Club; one after alumnus David Rodway (1946-55) and the other after former member of staff Rob Gibson.

Until his death at the end of 2021, David was an amazingly active and supportive member of the RGS Worcester alumni community and a huge advocate of transformational bursaries. He quietly sponsored a number of pupils through the school who otherwise would not have been able to attend RGS. David was always a keen supporter at RGS events. It was, therefore, a great honour to welcome David’s son, Charles and widow, Agnes to the ceremony. Charles spoke with huge affection about his father, particularly about his time at RGS, his continued involvement with the School, and his commitment to education. It was particularly special to see current pupil crews hearing all about David and the impact he has had upon RGS. Agnes formally named the boat with the traditional champagne soaking.

Rob Gibson taught Maths at RGS for 27 years as well as being heavily involved in Rowing at the School. It was lovely on this occasion to welcome back many alumni and former parents who had known Rob and wanted to give their thanks for the part he played in their RGS days and Rowing experiences. Alumnus Colin Scott (1994-03) and former parent Graham Clark, each spoke about Rob and expressed their immense gratitude. It was clear that Rob has made a tremendous impact on those who know him. Rob himself was able to thank those who had helped to plan the event, those who came and made it such a memorable occasion, and those who had been a part of his RGS days. His wife Judy spoke about Rob and the Gibson’s family’s RGS experiences and then formally named the boat.

Headmaster John Pitt was able to thank both David and Rob for their contributions to RGS life and Head of Rowing, Tim Messent acted as a superb Master of Ceremonies. Tim and the RGS Rowing coaches were able to connect with a number of keen alumni rowers and should be particularly thanked for facilitating an ‘Alumni Row’ on the river in the morning, which everyone thoroughly enjoyed.

A delicious light lunch followed courtesy of the RGS catering team and guests were able to enjoy watching pupils completing a ‘row past’ in the newly named boats, as they took part in the afternoon’s RGS Rowing Regatta. As the sun finally shone, pupils enjoyed rowing along the River Severn, competing against each other and showcasing their Rowing skills to all.

It was a lovely day both to celebrate Rowing together as well as mark the very significant contribution of two people who have, in different ways, given so much to RGS Worcester. 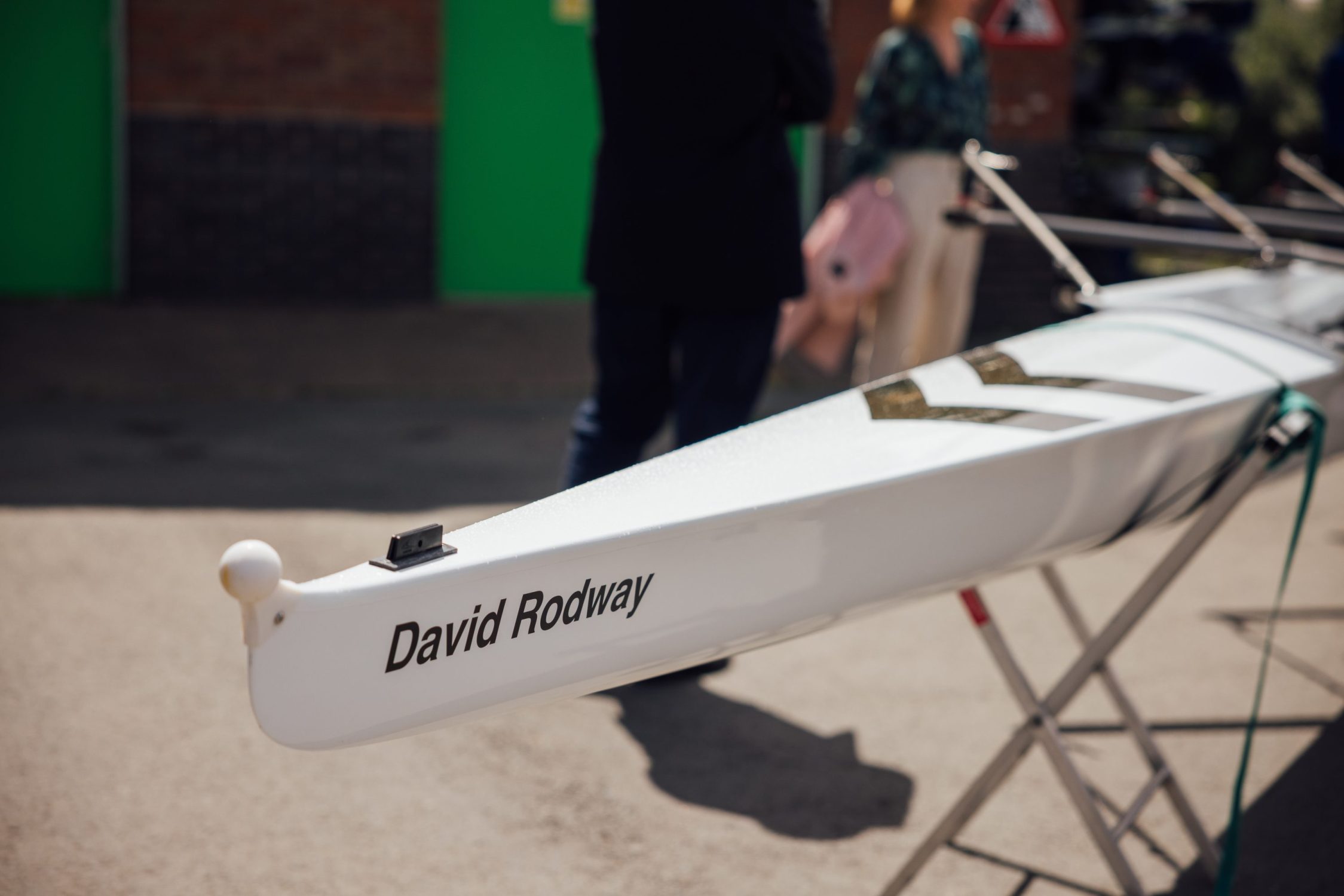 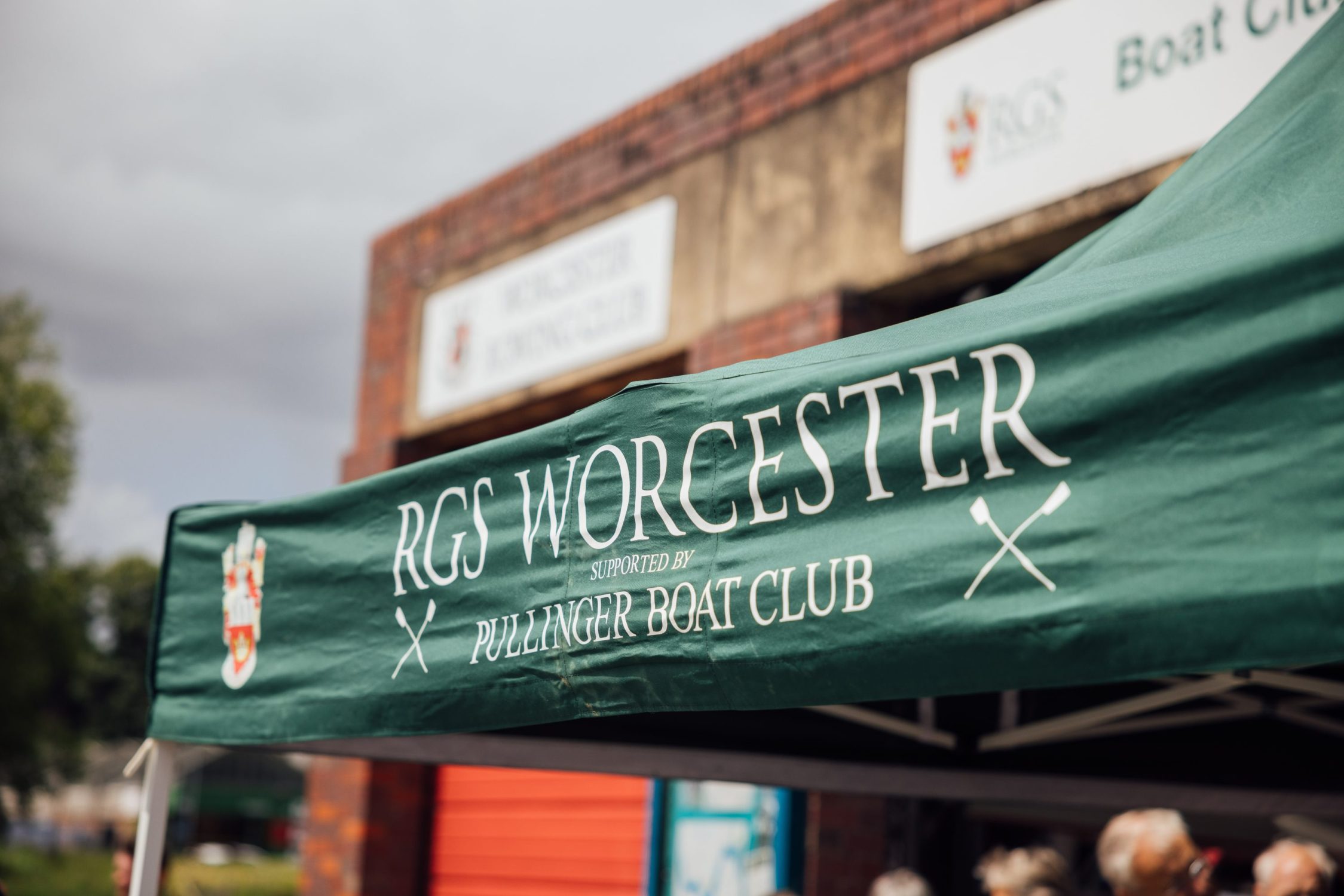 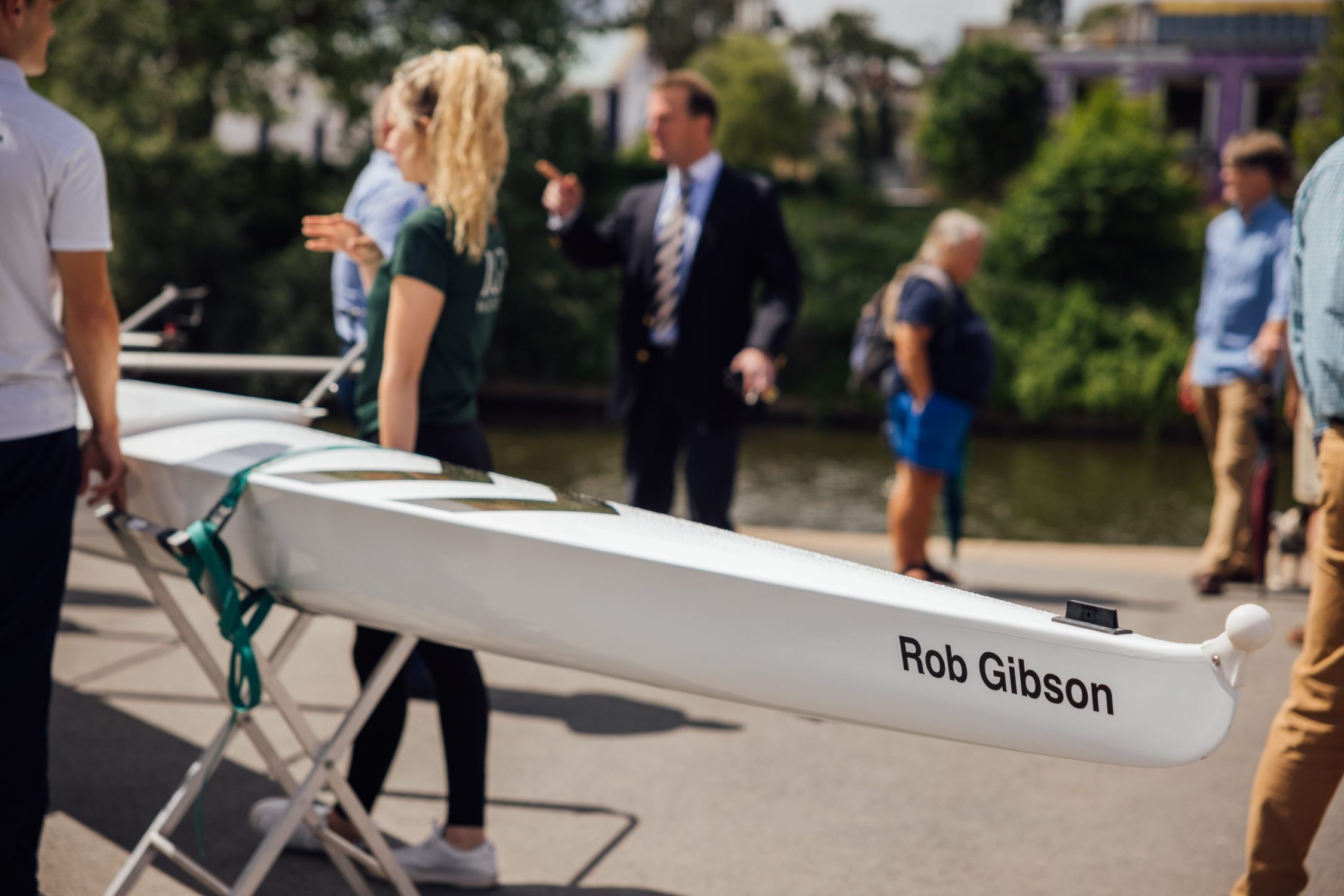 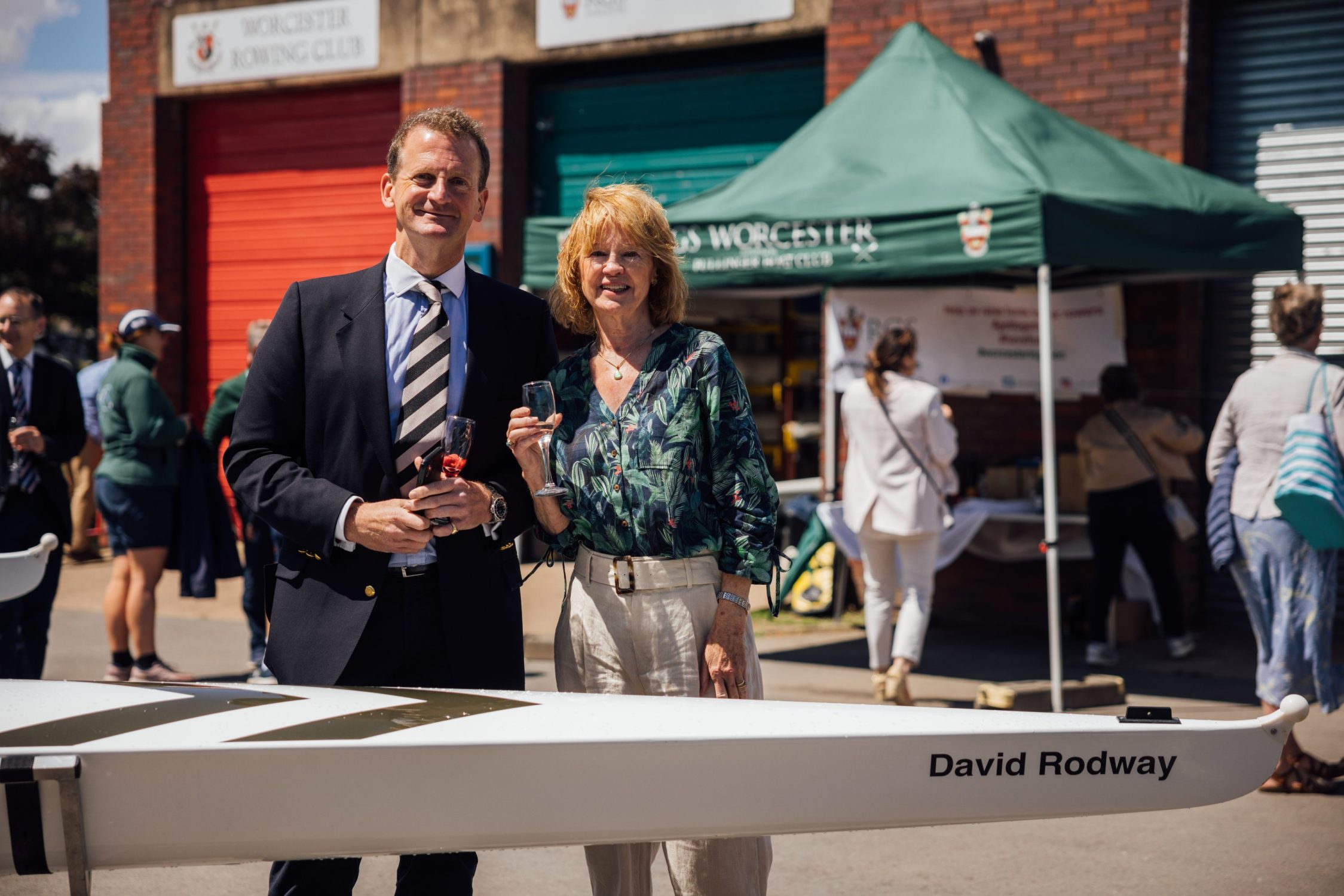 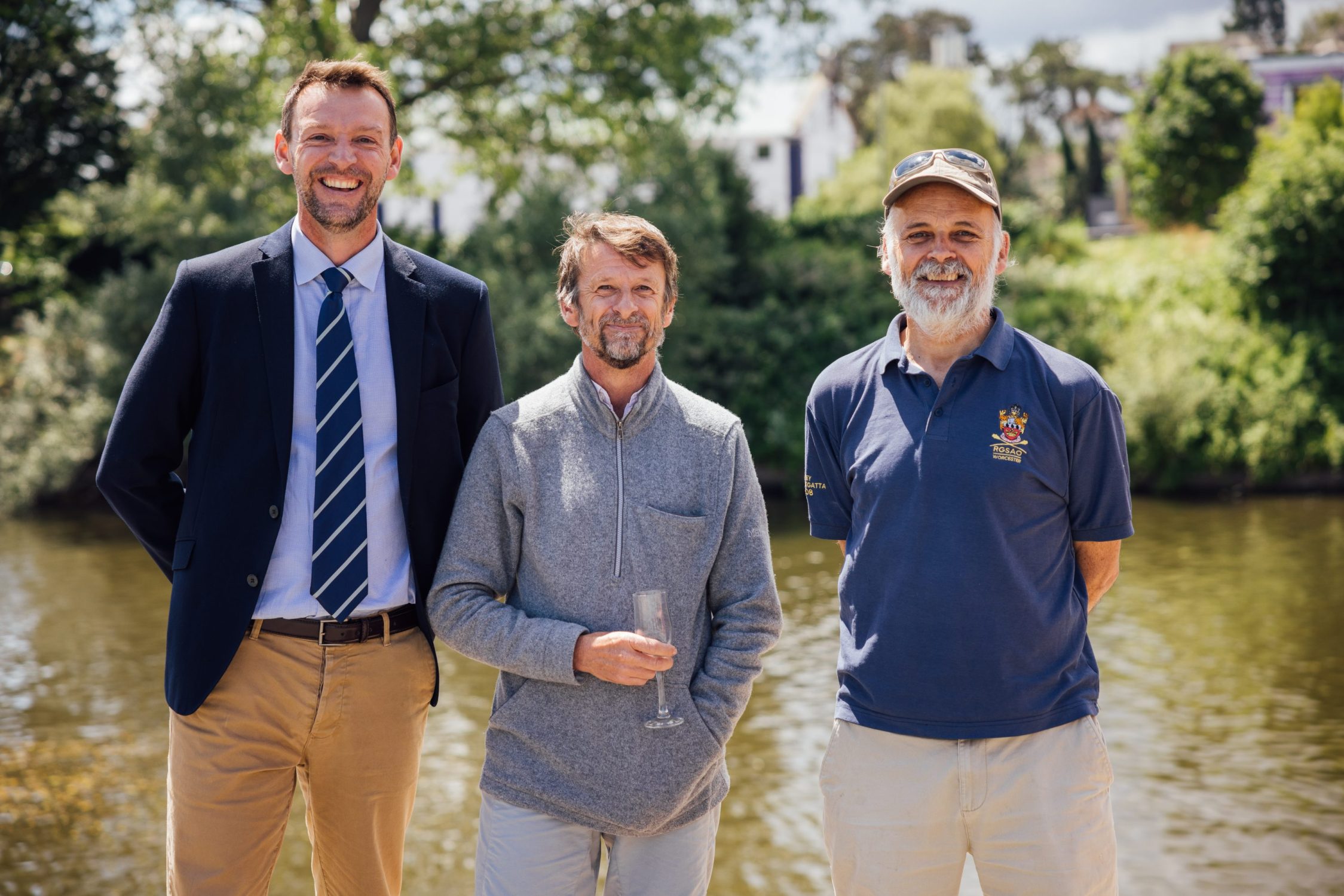 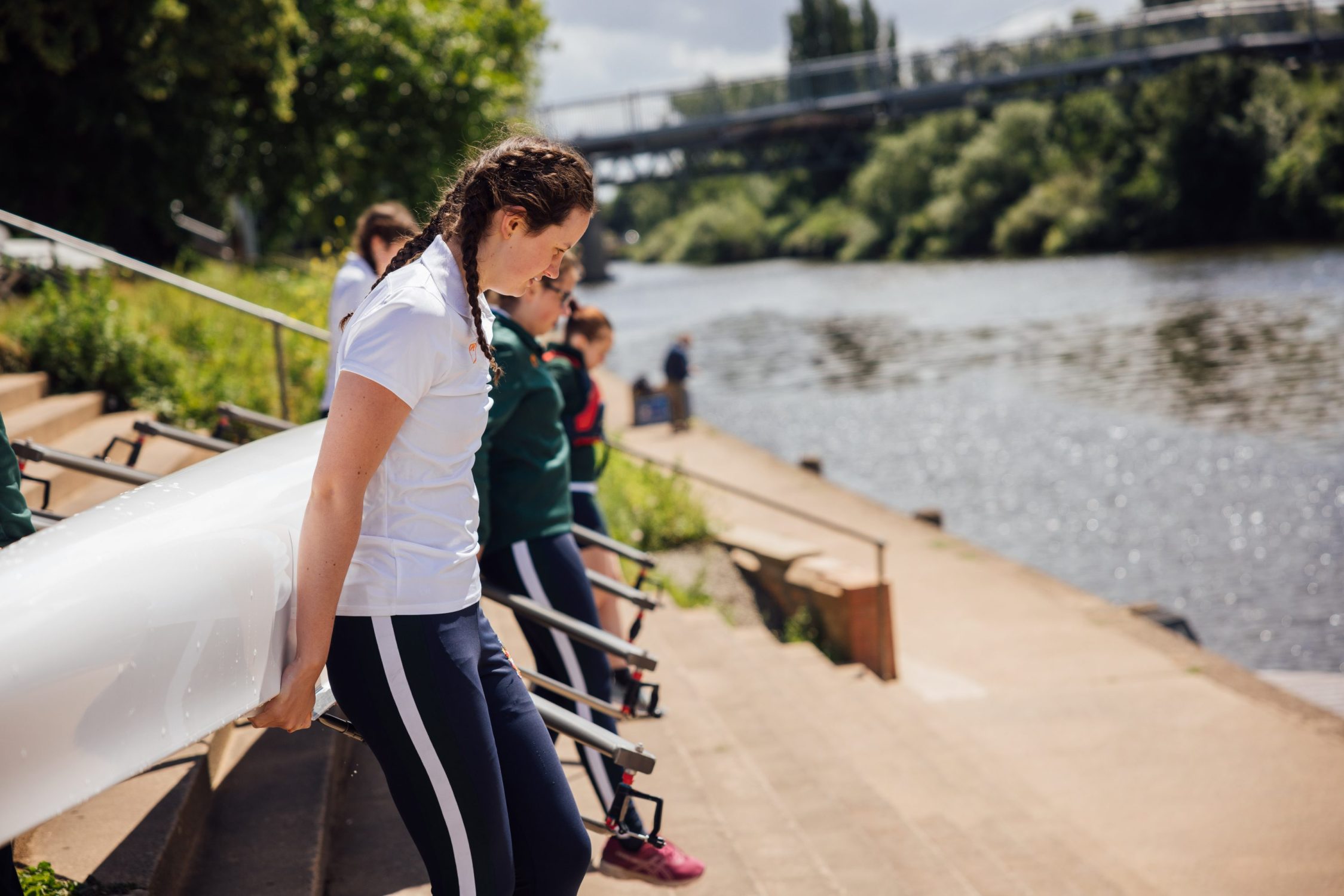 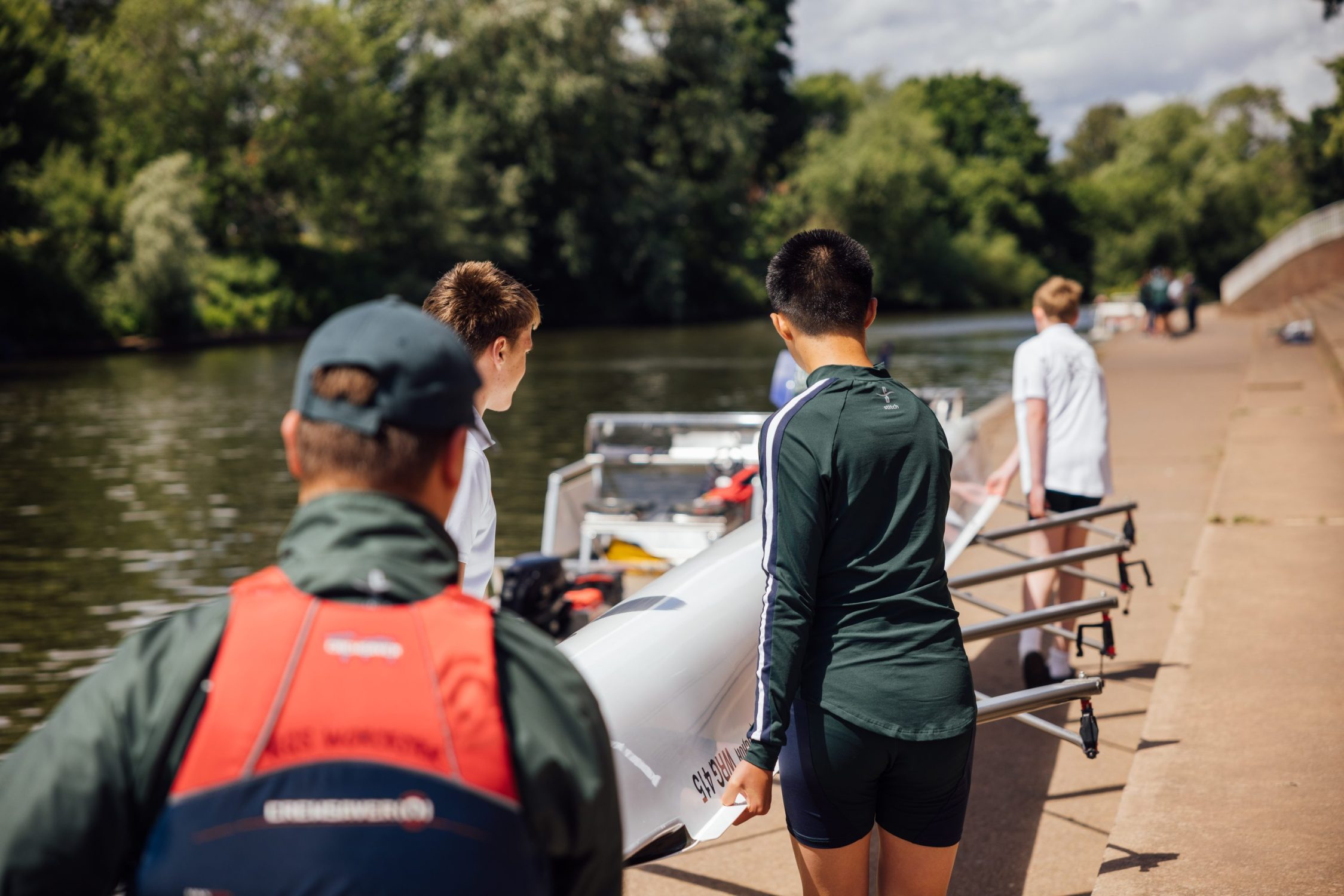 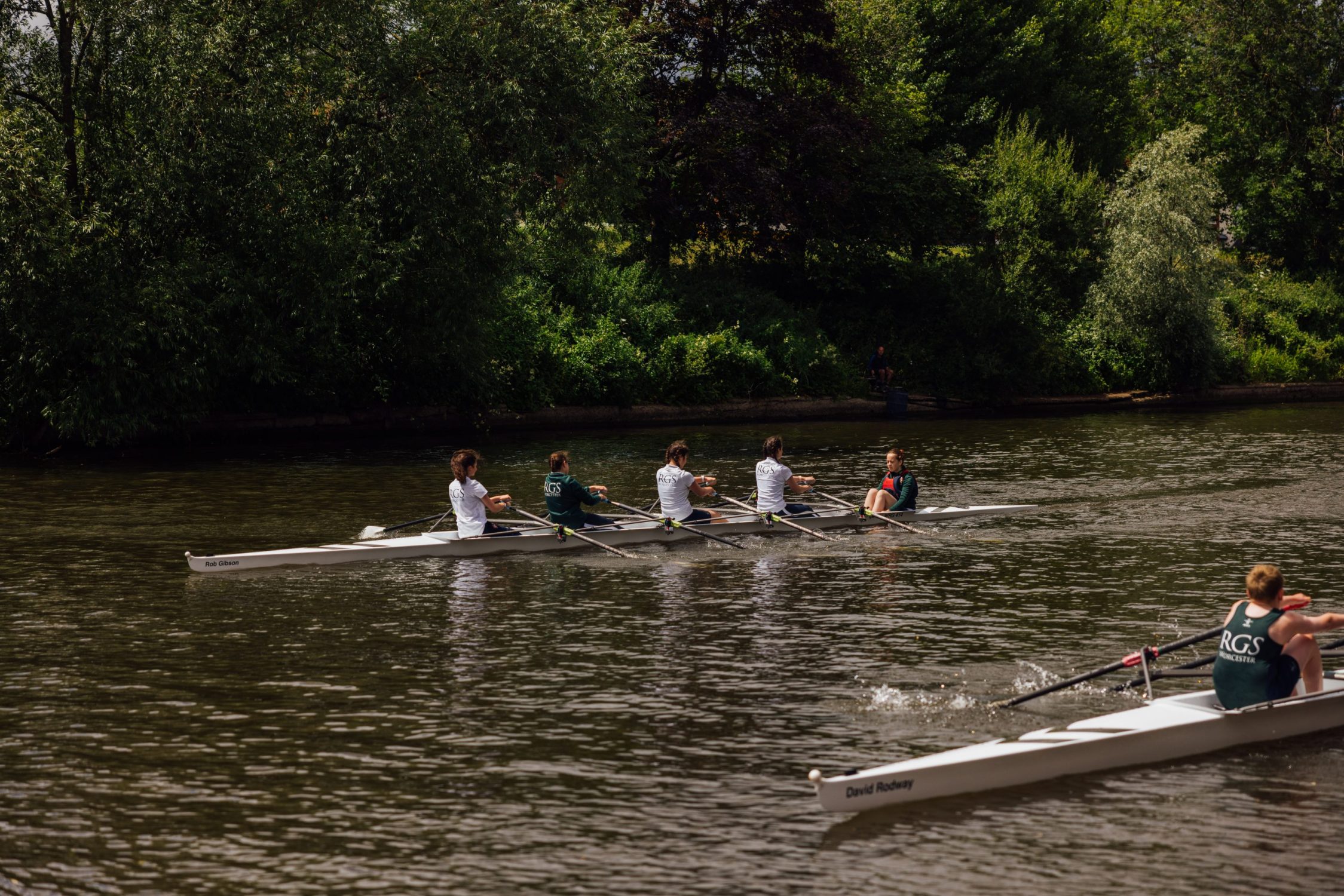 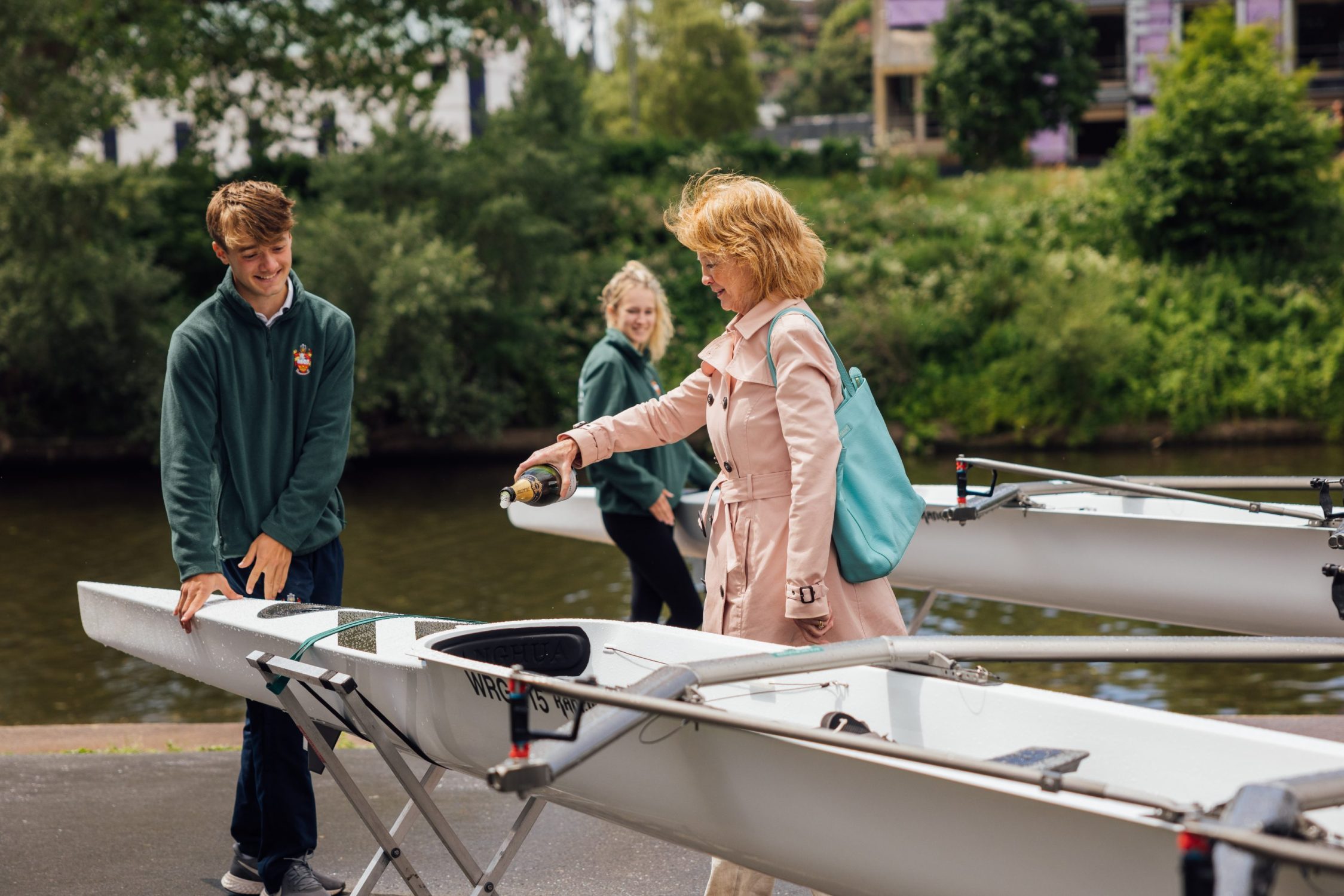 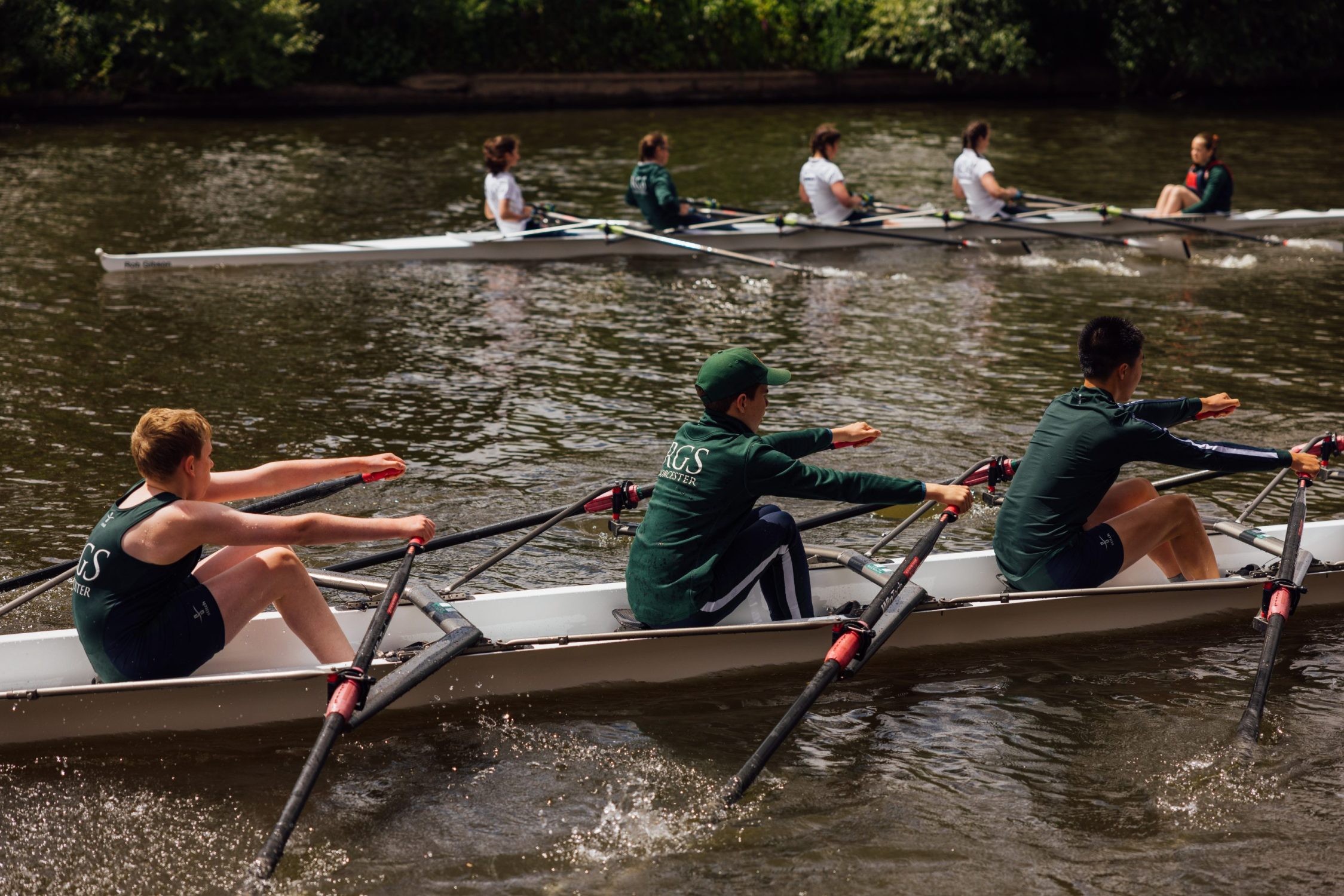 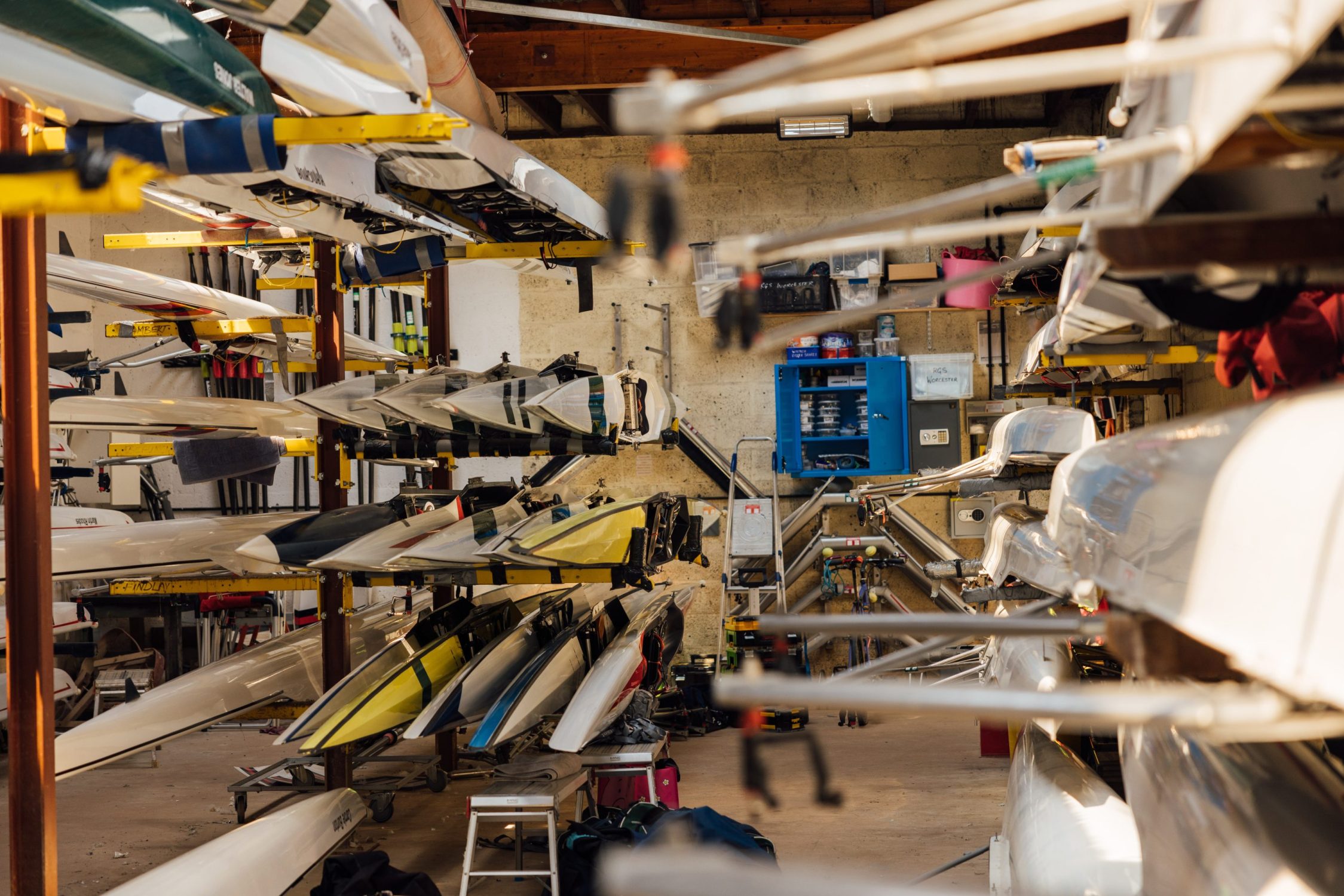 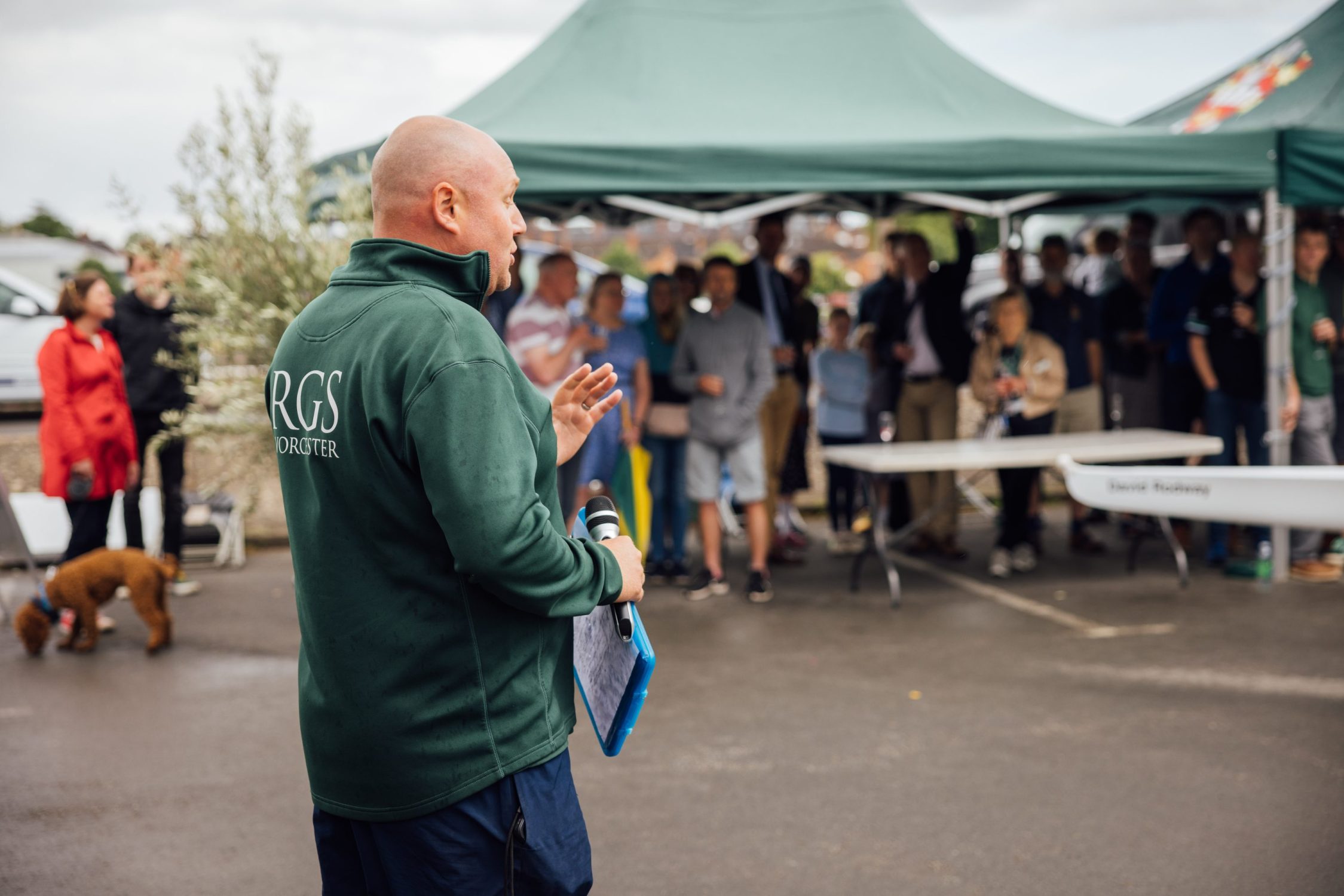