Head of Netball, Ellie Gibbons started off the Superleague season with her new Coventry based Netball team, Wasps.

Ellie joins many of the region’s best players to create a strong squad for the 2022 season. Wasps Netball team was formed in 2016 as a partnership with the Premiership Rugby team Wasps RFC. Since 2017 their senior team has played in the Netball Superleague and they were Superleague Champions in 2017 and 2018. 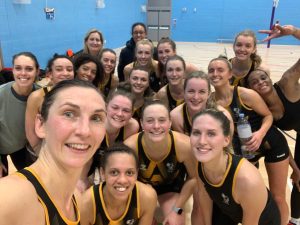 In their first weekend of games of the new season Wasps faced Hertfordshire based team, Saracens Mavericks last Saturday, and Strathclyde Sirens on Sunday, in front of a packed crowd at the NEC arena, Birmingham.

Head of Netball, Ellie Gibbons said “I am thrilled to be playing my first season for Wasps and I can’t wait to see what we can achieve this year. It is a young and exciting squad and I am loving learning from some of the best coaches and players the game has seen. The RGS Netball teams are amongst our biggest supporters and excited for the new season to start!”

All future games can be watched on Sky Sports or Sky Sports Netball YouTube and tickets can be found online to come and support the team front row, at the CBS Arena, Coventry. 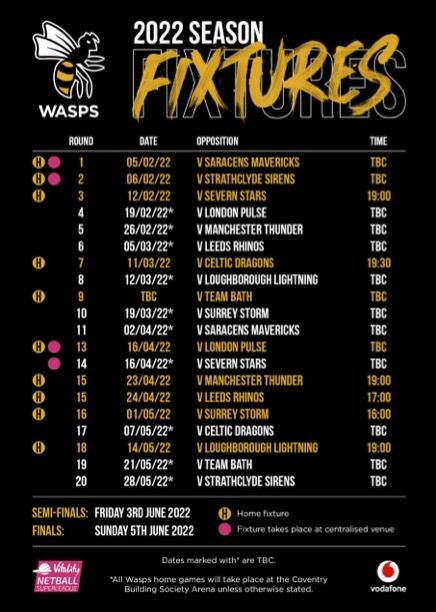