Going for Gold in the Junior Maths Challenge 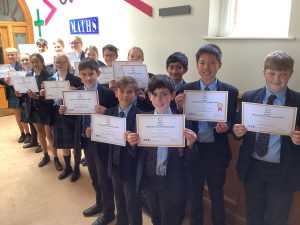 Well done to pupils from Years Seven and Eight who took part in the recent Junior Maths Challenge which is a national competition. They achieved an excellent set of results. 81 pupils received certificates, including an impressive 23 Golds! 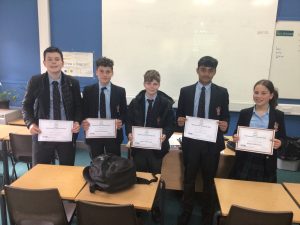 Top performers were Denis Goodwillie-Green in Year Seven with 113 out of 135 and Sihan Fu in Year Eight who scored 125 out of 135 – many congratulations to them.

In addition, 12 pupils have qualified for the follow-on Kangaroo and Olympiad rounds of the Maths Challenge to be held later this term.

Here is one of this year’s questions – see if you can work it out!

Stretching Mind and Body at the RGS Yoga Club Worcestershire’s Number One! Jacob wins Under 17 800m