RGS pupils, past and present, delighted audiences with performances at the ‘Young Musicians Concert’, at Hellens Manor in Herefordshire in December. The pupils played alongside other young and talented musicians from the region, for an evening of music, whilst raising funds for the Ledbury Refugee Support charity.

RGS Year Nine pupil Abigail Walter opened the concert, setting the festive spirit by singing an enchanting arrangement of The Twelve Days of Christmas. Sihan Fu followed, reprising his performance from the recent RGS Piano Concert, wowing the audience with a performance of Albéniz’s, Asturias. Year Nine pupil Sasha Penlington provided a skillful piano accompaniment to her sister, Nicole’s violin performance of Elgar’s, Salut D’Amour. Sasha then took centre stage to deliver a striking piano performance of Heisler’s, The Alto’s Lament. Arthur Hasling then gave a lively and exciting performance of Vivaldi’s Concerto in A minor, 3rd movement (presto) for violin. Sasha soon returned to the stage for a third time, to play a wonderful piano performance of Prelude and Fugue in D, by Bach. RGS alumna Heini Hughes, then captivated the audience with her usual sophistication and poise, singing a beautiful Melodia Sentimental. Year Nine pupil, Keiran Lilley brought the concert to a fitting conclusion with a charming performance of, It’s Beginning to Look a Lot Like Christmas.

Well done to all the RGS pupils who participated, sharing their musical talents with the appreciative audience. Concert organiser, Anne Walter said: “The concert was amazing and really showcased the incredible talent of all the youngsters involved.”

There are hopes of future fundraising concerts at Hellens Manor with more fantastic performances to enjoy. 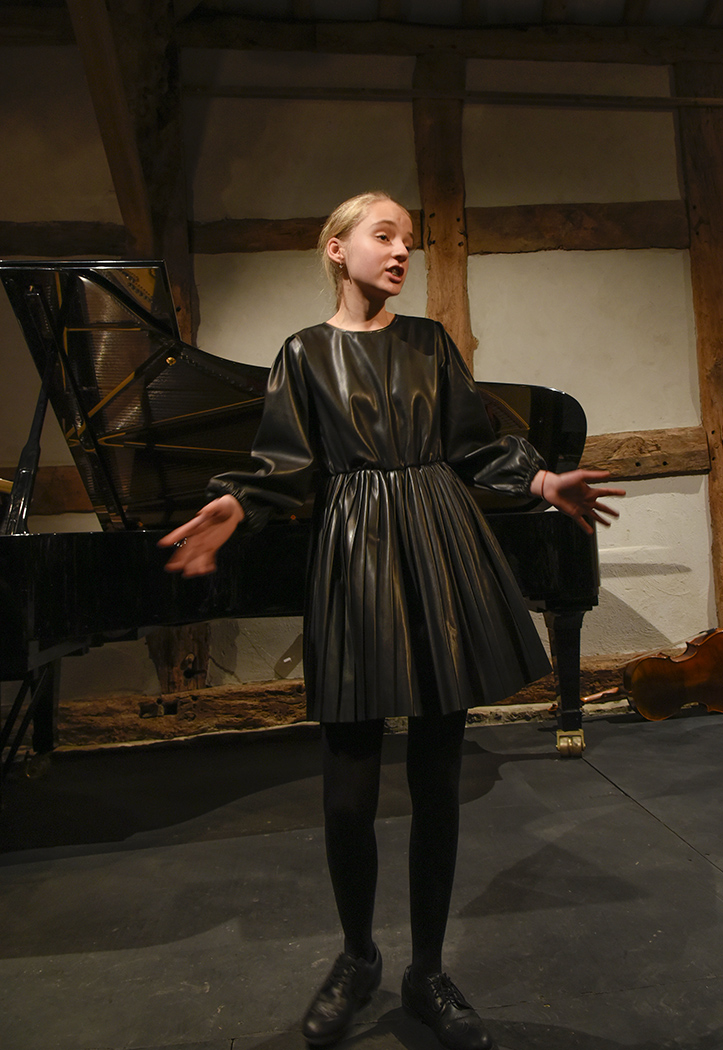 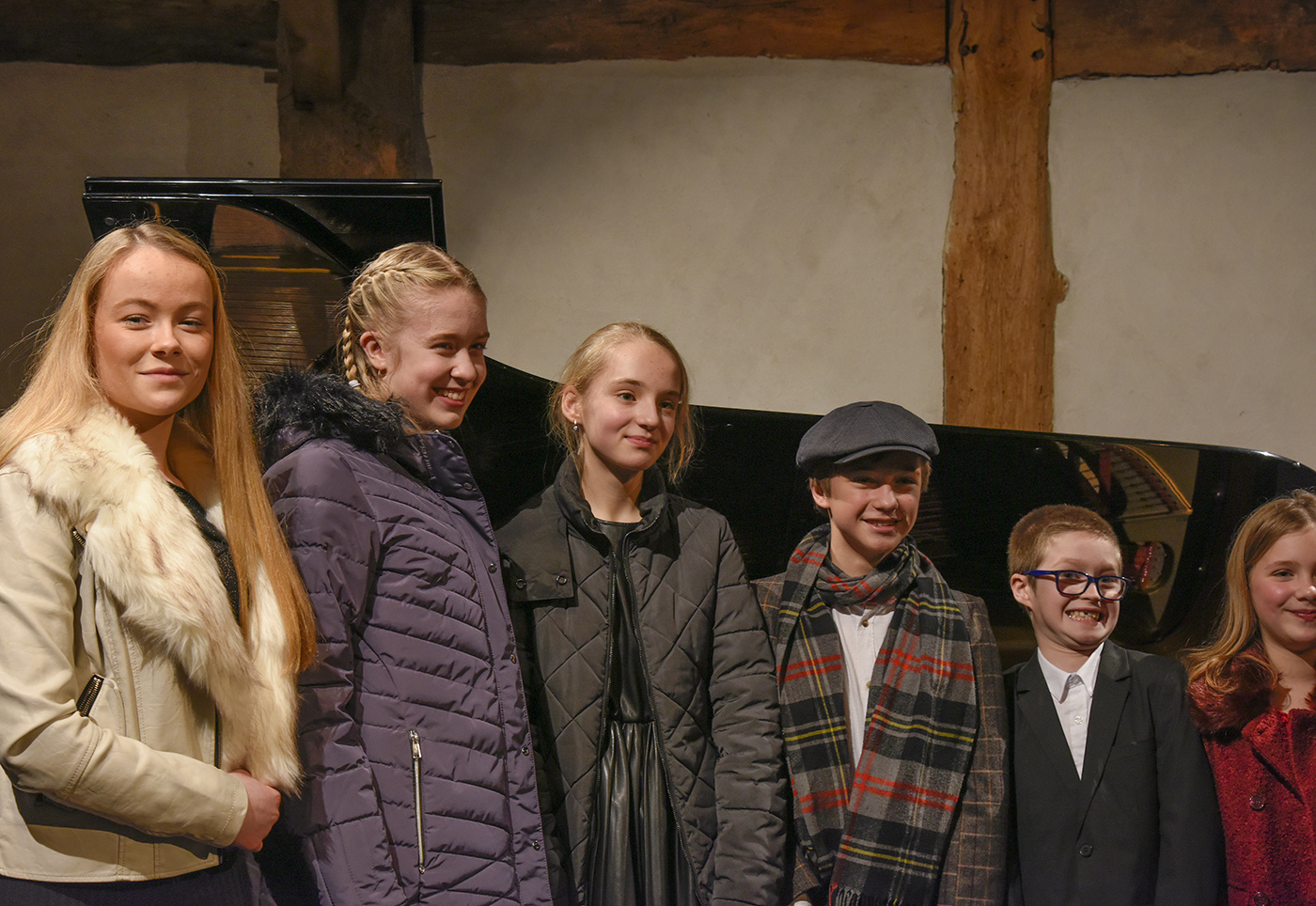 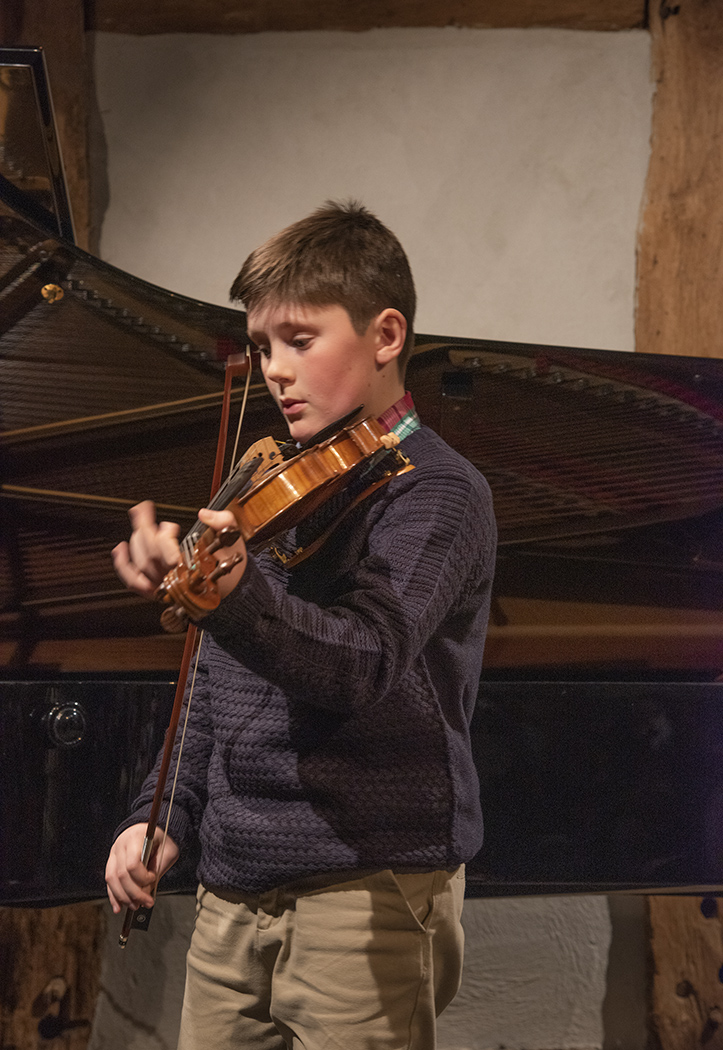