The Show(s) will go on and the ‘Big Reveal’ 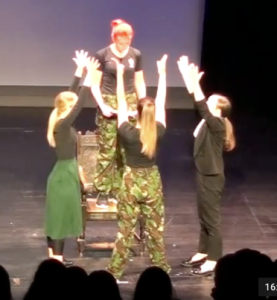 This time of year is always busy for the Drama department with The DIY Company’s production, the summer production auditions and start of rehearsals, the Senior production ‘big reveal’ and preparation for auditions, and our Year group Examination Performance evenings.

The DIY Company performing ‘Macbeth’ had a superb rehearsal on Sunday and we were very excited about delivering this wonderful adaptation created by The Company. The students have brought ‘Macbeth’ right up to date with an interpretation based on the theme of knife crime and a dystopian society’s police force, desperately trying to stop the rising crime level. The cast has worked tirelessly to compose music, choreograph challenging physical movement scenes and, of course, learn all those lines. Sadly, we then had to come to the decision to postpone the performances and it was an emotional meeting when this news was relayed to the students. Without a final production we also had to give our thanks and say our goodbyes to our Upper Sixth members of The Company. However, in true DIY style, everyone pulled together, packed up the costumes and props, saved the tech, and accepted that the production will have to take place another time, perhaps in early 2021.

On Tuesday, the Senior production was finally revealed to over 65 keen performers and backstage crew in Years Nine to Lower Sixth. In November 2020, RGS Senior pupils will perform ‘Billy Elliot’. This was a complete surprise and has caused a great deal of excitement and attracted a lot of new interest from students who have not been involved in the musical before. Auditions will be in all three disciplines and we encourage pupils interested in taking part to spend some creative time at home preparing for the singing, acting and dancing during the weeks ahead.

Last Wednesday evening saw the first read through of the summer production of ‘Bugsy Malone’. Led by Mr Morgan and Mrs Spencer, the excited cast gathered in the Performing Arts Centre foyer and those cast members in self-isolation at home joined in on Google Meet. It was a fantastic atmosphere and gave true meaning to the phrase ‘The show must go on’ and it will …..eventually. Huge congratulations should go to all our younger performers who have been cast and we very much look forward to the first ‘summer’ musical production. 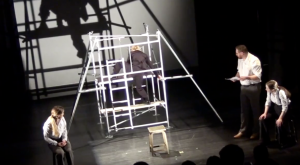 At the same time the Godfrey Brown Theatre (GBT) was on a rehearsal cycle of both Year Eleven GCSE Drama students and the Upper Sixth Girls having their last-minute preparation for their devised Examinations and revision text performances which took place in the evening. Despite our original audience not being allowed to join us, the students were supported by their fellow actors and were absolutely superb and professional throughout. Mrs Witcomb and Mr Morgan also took to the stage and it was a fitting farewell to be able to have the opportunity to perform on stage with the A Level group whom we have taught for the last 6 years – although it was very nerve-racking for both of us!

Drama teaching and rehearsing will continue online over the coming weeks and the department has made contingency plans so that the students, although not being able to perform in their groups, will still be able to keep their creative minds and bodies working. We very much look forward to seeing everyone back on the GBT stage and our auditorium being full again very soon. 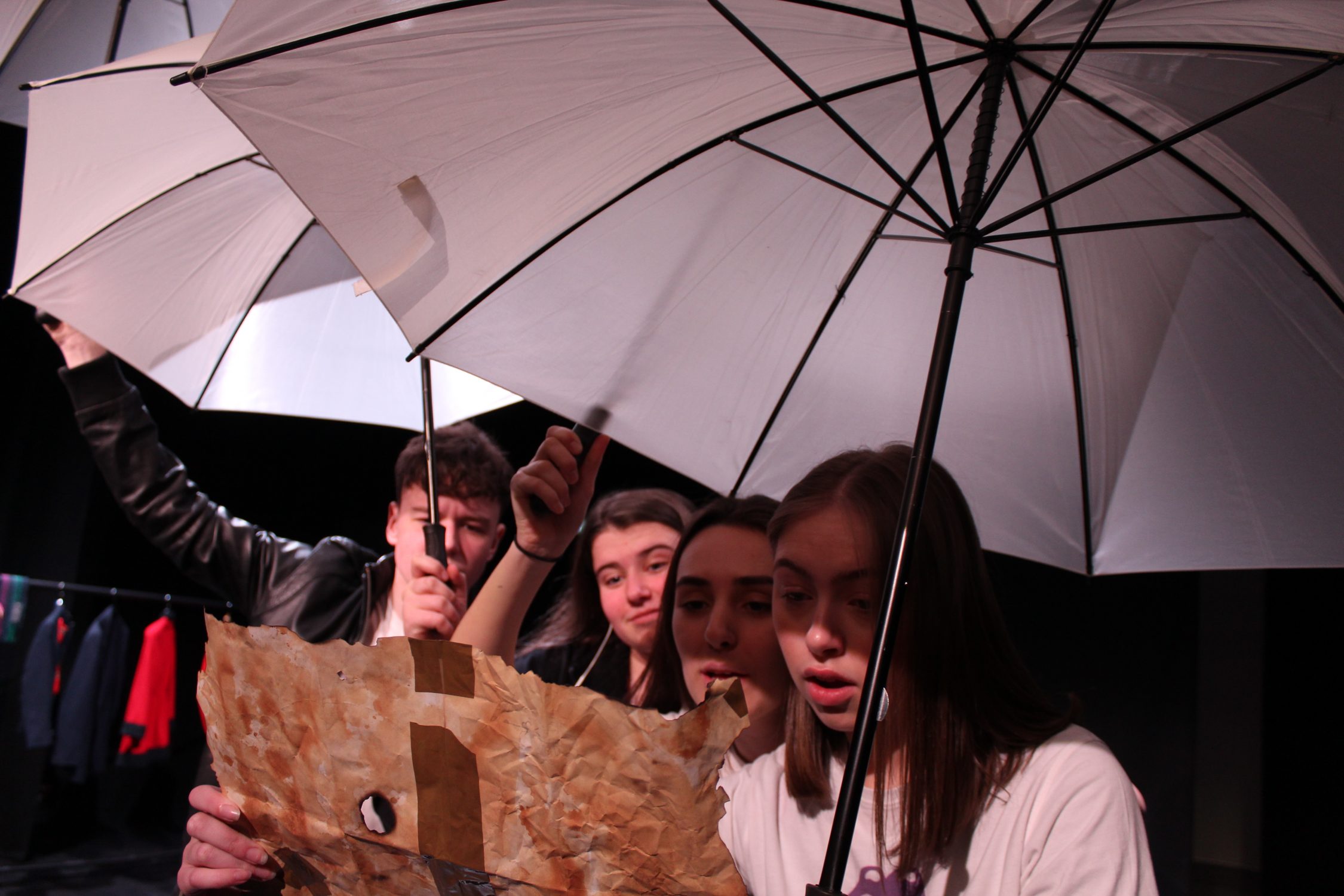 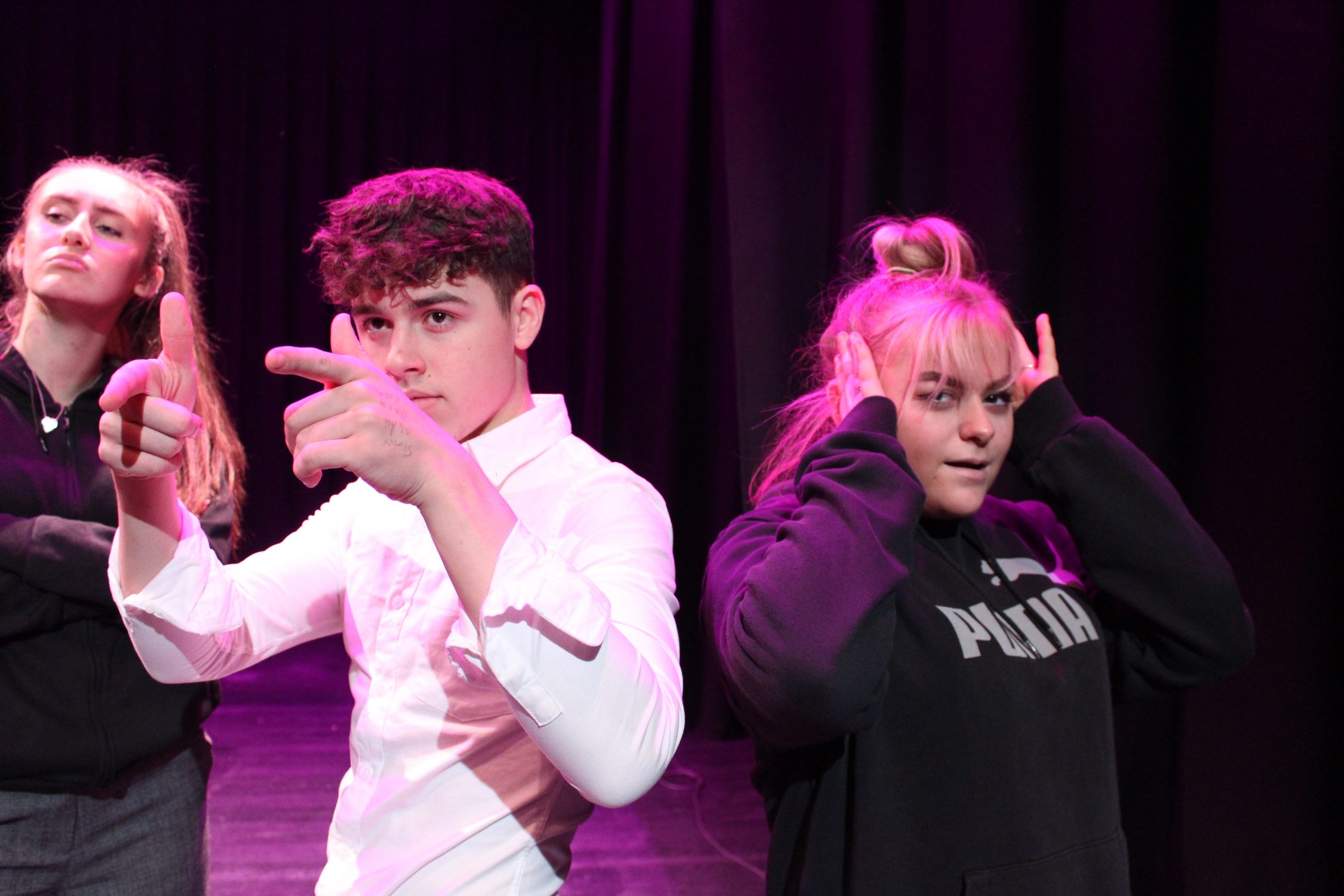 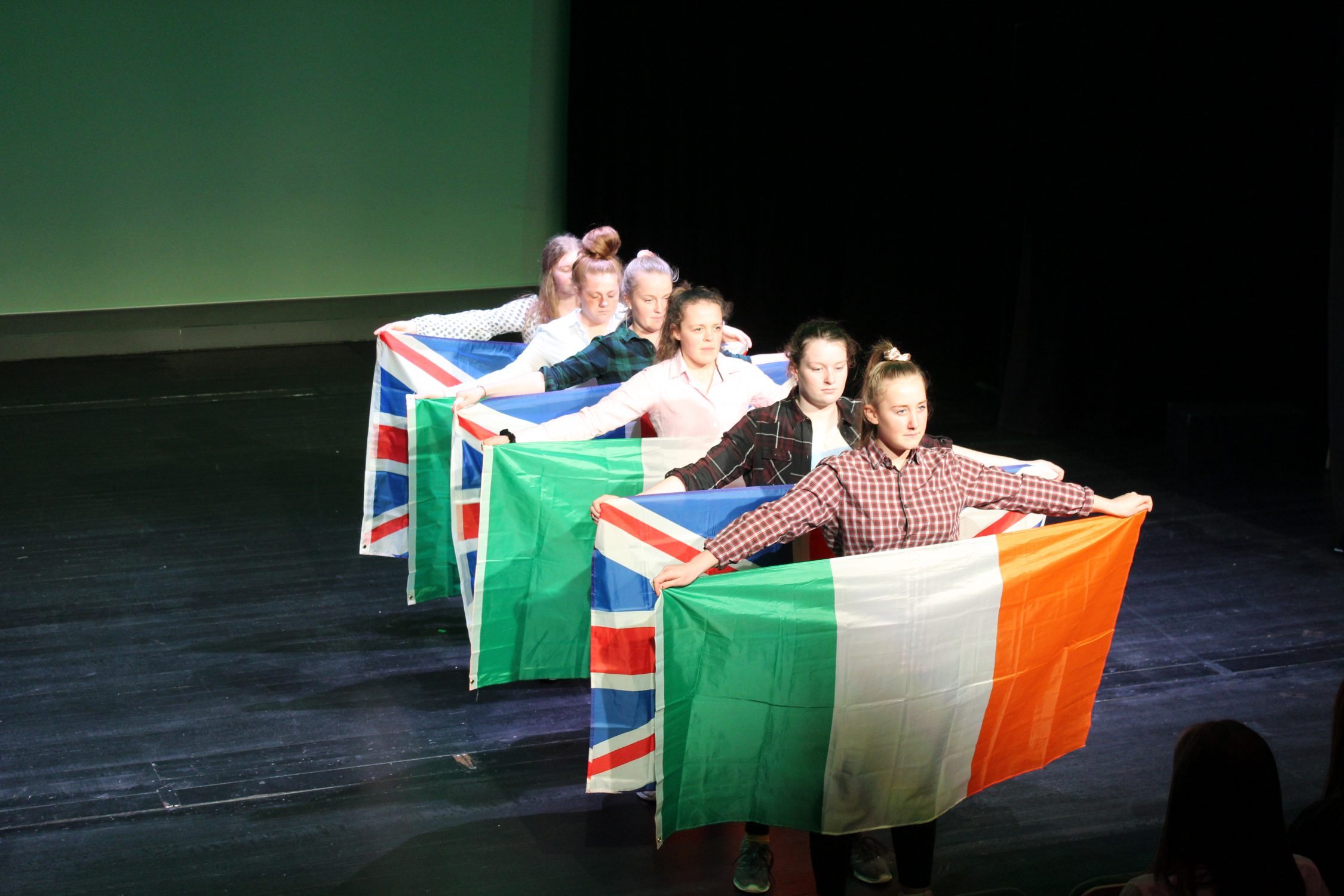