On Saturday 21 May, we were thrilled to see Perrins Hall filled, once again, for the AOOE Alumni Dinner.

It was a pleasure to see so many alumni from across the years and to hear the hall buzzing with friendship, reuniting and memories. After two years away from the event due to Covid-19, there was much to catch up on; exciting news and updates, toasts to absent friends, and even the celebration of an 88th birthday on the evening!

Guests enjoyed a wonderful three course meal, courtesy of the superb catering team at RGS. There followed an update from Michael Bourne (1970-77), the President of the AOOE Association, and then an address from Headmaster, John Pitt about the School today.

Alumni were particularly inspired to hear about life-changing bursaries at RGS and the tremendous efforts and contributions from the RGS Family in support of Ukraine. Following John, Colin Terry (1971-76) gave a wonderfully funny and reflective speech on his time at RGS, lessons learned and how it has shaped his future life and career as a Chief Superintendent. One overriding message that stood out as Colin spoke was “If you don’t put anything in, you won’t get anything out” and his advice was to say “Yes” to opportunities.

There were carriages at midnight from Perrins Hall, but the reuniting continued in town until far later. Thank you to everyone who attended and made the evening such a success. 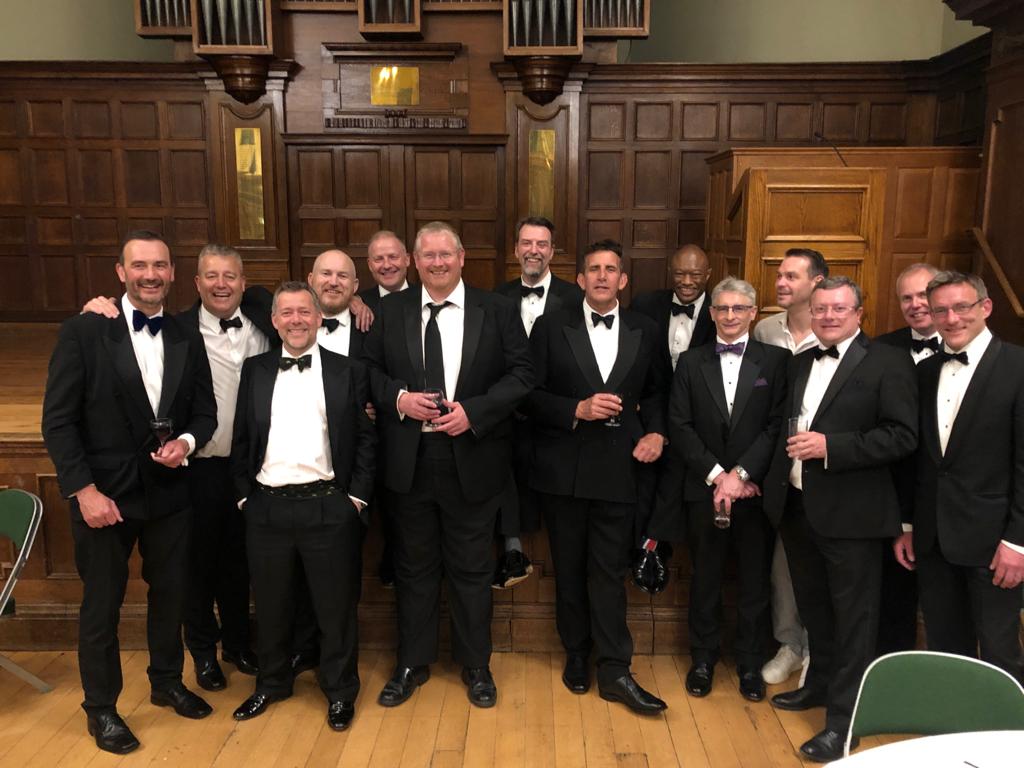