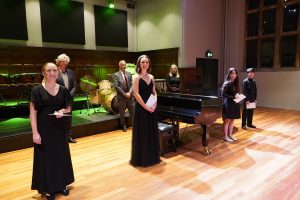 Two talented young musicians from RGS Worcester were successful in reaching the Finals of the Bromsgrove Young Musician’s Platform, with the opportunity to perform at the socially-distanced, live finals.

Well done to Sasha Penlington (Year Eight) who competed and performed in the Junior Section and Isabella Hulbert (Lower Sixth) in the Senior Section, achieving a joint First Place.

“I auditioned for the Bromsgrove Young Musician’s Platform in February, and got selected as one of the four finalists in the Senior section which was due to take place in April. Of course, due to Lockdown, the finals were postponed, so I was incredibly excited when informed the final was to go ahead on October 25th in Bromsgrove School’s Routh Hall. This was my first time in the final of a national competition, so I was really proud to have been selected.

Performing for the first time since March was such an amazing experience, particularly as friends, family and teachers were able to watch via a live stream, as well as a socially distanced audience!

I performed a repertoire ranging from a folk song, to Italian aria, to musical theatre, accompanied by Stephen Halstead, who I have performed with since I was 9!

I was awarded joint 1st prize, along with a fantastic oboist from Warwick who I have previously met during my time in the National Children’s Orchestra.

It was a privilege to perform again in front of such a distinguished panel and I plan to use my bursary to further my singing studies.” 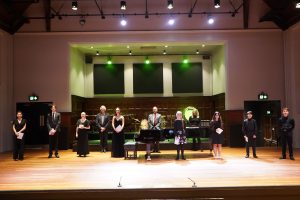 Many congratulations to Sasha and Isabella, whose achievements meant that RGS Worcester was the only school to have two pupils reach the Finals. Please enjoy watching extracts from the concert here.