RGS Debaters Zoom to the Top 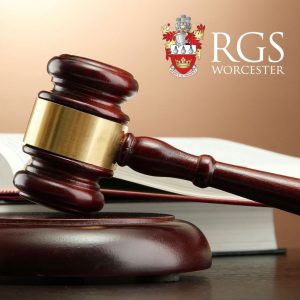 On Sunday 15 November, RGS Worcester attended one of the first big competitions of the debating season – the online Birmingham Schools, this year on Zoom. This is a competition that we have attended for the last few years and features some of the big names, both regionally and nationally, in debating (Wellington College, St Pauls’ Girls School, amongst others). We entered five teams and encountered tough motions across the four rounds including: ‘This House Would charge patients a fee for NHS treatments resulting from lifestyle choices’ and the Star Trek-inspired ‘This House Would follow the Prime Directive’.

With 48 teams taking part, Birmingham Schools ran three consecutive Finals for teams placed First to Fourth, Fifth to Eighth and so on. Amazingly, we had one team break to each: Max Houchin and Ella Marsay-Jones (Upper Sixth) to the Bronze Final; Liz McCabe and James Preece (Lower Sixth) to the Silver Final; Katy Marsh and Kasia Czyrko (Lower Sixth) to the Gold Final.

The achievements are almost too many to list: Katy and Kasia came Second in the whole competition; Max and Ella won the Bronze Final; Liz achieved the highest individual speaker points of the day; Kasia was Third on speaker points and Katy Sixth. This is incredibly pleasing to see so early in the Debating season and gives us confidence going into Warwick Schools Competition next weekend, as well as all of the competitions next term.