As we move to the end of November, a marked absence at RGS this year is the lack of final preparations for our usual Senior production. Next Monday would have been the opening night of ‘Billy Elliot’ and the last two weeks and weekends, the Performing Arts Centre would have been filled with final rehearsals with the band, set get-in and costume fittings and the dress rehearsal. Like so many theatres around the country and world, we have had to postpone any major productions until 2021, still in the hope that we can open our Godfrey Brown Theatre’s doors once again to a viewing public. The Drama Department has not been resting, however, but just as busy with academic and co-curricular restricted rehearsals, clubs and Exam preparation through all Year groups. Drama is very much continuing at RGS – albeit in a slightly different way.

The ‘Bugsy Malone’ cast had their final farewell just last week as the filming was completed and Mr Morgan now has the task of putting together the edited production and every member of cast and crew should be commended for their commitment and dedication to rehearsals online as well as hours of filming. 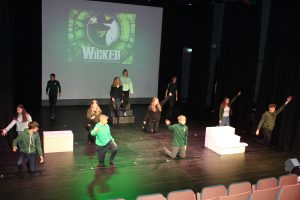 With the absence of musical theatre, Year Ten, Eleven and the Sixth Form attended ‘bubble’ musical theatre clubs on 3 separate nights during the week. This started with the production ‘WICKED’ and, working with Mrs Witcomb and Miss Spencer, the students learnt the song they had been given, choreographed routines and performed the numbers to camera. With the onset of the second lockdown this has been suspended temporarily but will start again soon and the groups will be working on a song each from ‘Hamilton’ with Upper Sixth performing ‘Seasons of Love’ from the musical Rent.

As a Department we act as mentors to a number of students completing the Extended Project Qualification (EPQ) in the Sixth Form. This year we have students directing their own productions, writing their own musical, workshopping key practitioner rehearsal methods with the younger pupils and a number of Dance and film focused projects. 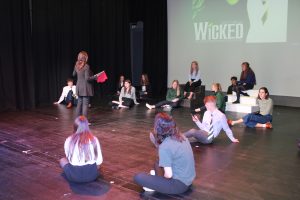 Academic Drama has also been exciting with Years Seven and Eight completing their first performance units based on a physical theatre exam piece on ‘The Jabberwocky’ and an interpretation of War through Dance Drama. Both Year groups are now underway with their Devised pieces under the themes of Myths and Legends and Isolation which requires them to use a number of different performance styles and also write their own monologues as characters from the Myths.

Year Nine have performed and completed a combination of Comp 3 and Comp 1 at GCSE level writing a detailed response on their performance of ‘The Boy in the Striped Pyjamas’ and have just been trained in Stage Combat which was interesting to work on with the social distance measures! 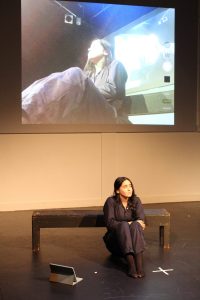 Year Ten and the Lower Sixth are currently preparing for their GCSE and A Level Devised Comp 2 exams which will be performed early next year and on Friday last week both Year Eleven and the Upper Sixth were involved in their Exam preparation day and they are being examined on their own interpretation and performances of monologue, duologue and group performances from eight different plays. These Exams are in the first week of December.

Over the last few weeks of this term we are also bringing a ‘bubble’ Year group together to watch the streamed production of Kneehigh’s ‘The Flying Lovers of Vitebsk’. Film Club and Academic Drama clinics continue weekly, we will shortly be preparing for our Drama Scholarship days in January and starting up Drama clubs for our younger pupils, given the uncertainty over productions at the moment.

In a challenging time for Drama, we are pleased to be able to continue to provide opportunities for RGS pupils in our superb Performing Arts Centre.