Looking to the Future at the RGS Careers & Higher Education EXPO 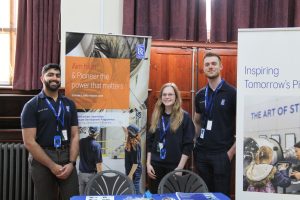 RGS Worcester welcomed over 70 exhibitors and more than 650 visitors to our annual Careers & Higher Education EXPO event on Thursday 7 April.

As we have been unable to hold this event since 2019 due to the pandemic, the return of the EXPO this year has been greeted with much anticipation and excitement and was bigger and better than ever! 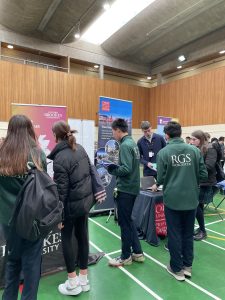 The RGS Careers & Higher Education EXPO aims to inform and excite pupils about opportunities after they complete their education in the Sixth Form and move on to University or Degree Apprenticeships and the world of work in their chosen careers.

Pupils from all Year groups at RGS were invited and encouraged to attend the event, along with families, to gather ideas, initiate conversations, be inspired and think ahead to the many career pathways that await.

This year we welcomed representatives from a wide range of organisations, businesses and professions including: NHS, the Armed Forces, Solicitors, Architects, Technology, Engineering, Creative Arts and Financial services. As a major event of its kind in the area, the reputation of the RGS EXPO attracted considerable interest both locally and further afield, with exhibitors travelling from as far North as Stirling in Scotland. Many of the UK’s leading Universities were also in attendance, advising on Higher Education options as well as guidance on studying abroad, Degree Apprenticeships and work experience too. 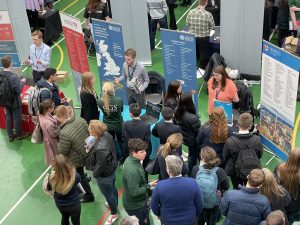 This year’s event certainly delivered; the atmosphere in the School’s  Main Hall and Cobham Hall buzzed with the many enlivened conversations, as pupils chatted with the informative delegates and their world was opened to the many possibilities of future careers. 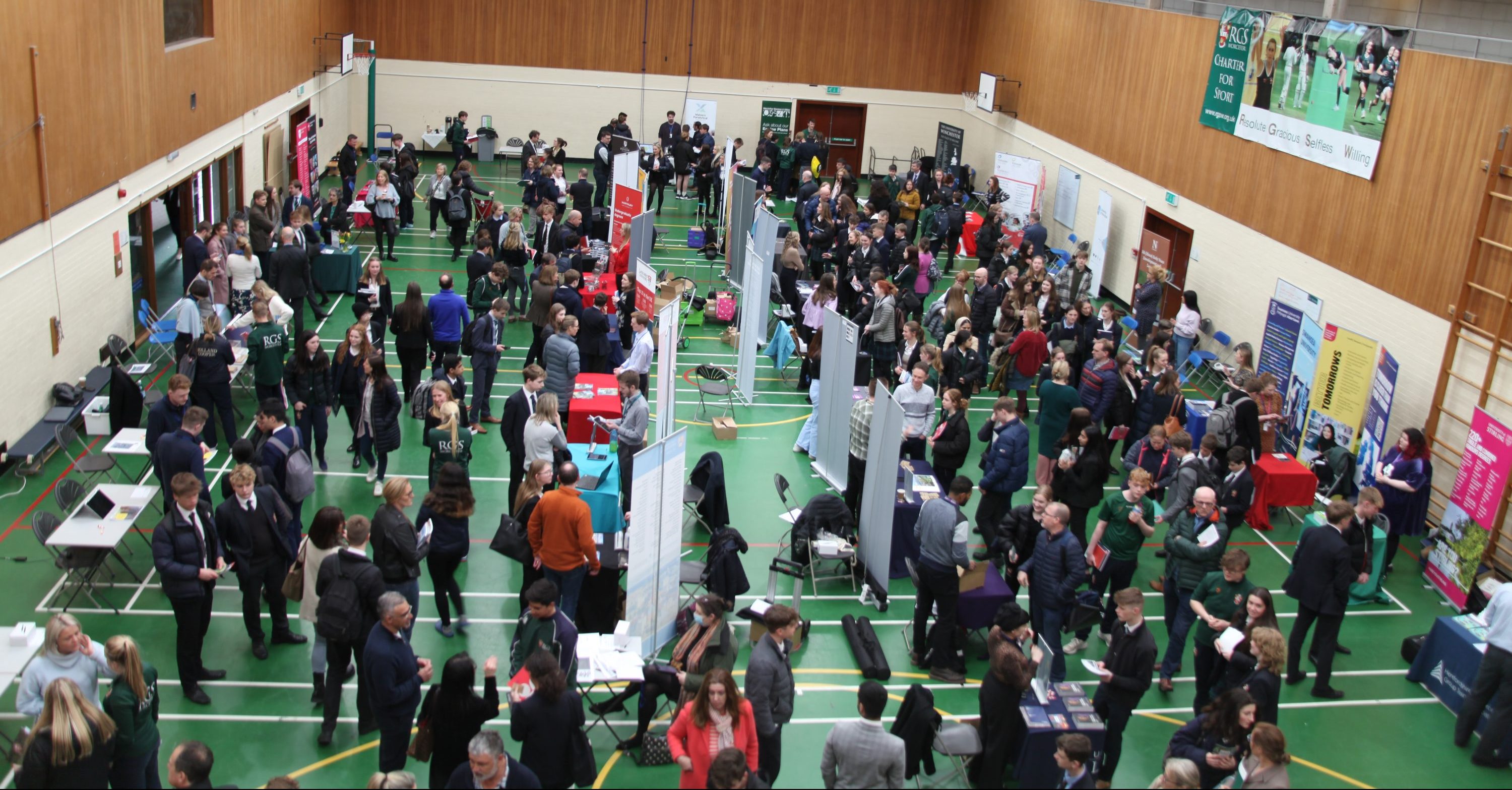