Lent Term – House Results are in!

We are pleased to announce that during the Lent term, the House system has flourished with 17 different House events taking place! A huge thank you must go out to all of the staff who have organised and led events, as well as those pupils who participated. We have seen a number of new virtual events introduced such as the Off-Screen day and the Winter Sports Week, special thanks go to Mrs Roberts-Gawen and the PE department for organising these. We also saw House Drama, Music and the Scrap Heap Challenge go online, with a number of hugely creative responses. Our gratitude also goes out to Miss Waller and her Debating team for organising the ‘bubbled’ approach to Debating and Mr Lewis and Miss Gibbons for making changes to House Rugby and Netball. 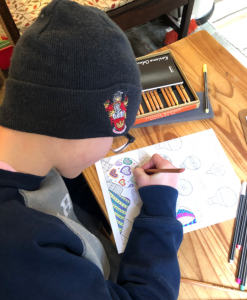 Despite difficulties due to Covid-19 and social distancing, this term has been filled with many engaging competitions. Coming second in House Drama and the Winter Sports Week were fantastic results, especially as these events took place during ‘lockdown’. A huge thank you to everyone who got involved in each competition as it’s always much appreciated and every point counts. It was fantastic to see us coming first in the Junior Marathon Challenge and first and second in House Netball for the Seniors and Inters respectively too. Across Lower, Middle and Upper school, we came second in all three rounds of Debating, taking the Debating trophy! Another massive thanks to all involved. 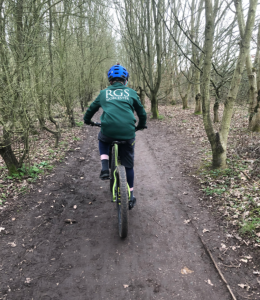 Despite the first half of Lent term being at home, Ottley put a great effort into House events, with new competitions to take part in, such as the Winter Olympics event and the Scrap Heap challenge, as well as some classic events, with a lockdown twist, such as House Drama, in which we came third. The Off-Screen Day was another new event, in which we also came third. Ottley had a comeback during the latter half of the Lent term, coming first in both Senior Hockey and Senior Rugby, as well as a promising start to Senior Debating, with Ottley coming first in the Lower Sixth, thanks to Elizabeth McCabe and Katie Downes. We are looking forward to seeing many more Ottley wins in upcoming events, so we can pull ahead of Wylde and to catch up with Whiteladies.

Mr Andrew Webster, Head of Computing and IT & Head of Ottley House 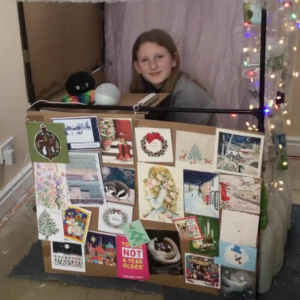 After a narrow victory for Whiteladies in the Michaelmas Term, attributed by an unnamed House Leader to ‘not coming last in any events so far’, the dreaded commentator’s curse struck, and Whitleladies finished fourth in the first three events of Lent term.

Members of Whiteladies responded strongly by finishing in the top two in the remaining ‘lockdown’ events in February, with special mentions going to Becca Gardner in Year Seven for submitting entries for both the Drama and Scrap Heap challenges; Sofia Stolt, Helena Stockford-Parsons and Ella Gibbs for editing together the superb entries for House Music, and the entire House for a closely fought first place finish in the Off-Screen day.

As good as the lockdown events were, it was great to be back in school and to be able to do House events in person again. A busy week of Debating, Netball and Touch Rugby rounded off the events for the Lent term, with strong results across all three events putting Whiteladies in a solid position in the overall standings and with hopes of winning the Lent term trophy. 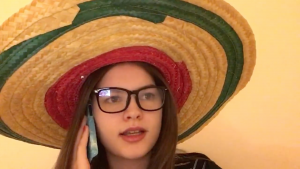 Through the challenges of ‘lockdown’, Wylde has managed to push forward and gain great momentum. The performances of the House Music songs and videos composed for both Junior and Senior Music, were something to behold. The subsequent victory in both is testament to what Wylde can achieve in the most difficult of circumstances.

The new event – House Scrap Heap challenge, was an exciting prospect for all years to take part in, which resulted in another Wylde victory. When Off-Screen day came around we gathered a total of 76 participants and took second place; thank you to everyone who took part. Some people in particular have been really keen participants this year, taking part in many events, so a big thank you to Thomas Pound, Grace Norris, Sihan Fu, Emily Jackson, Sophie Jackson and Georgia Lee amongst many others, as well as to everyone else who has taken part!

When we came back to school, hopes were high for Wylde, as we have historically excelled coming into the final Trinity term. With team Sport being reintroduced into House competitions, we put up a good fight for House Rugby and Netball – a particular well done to the Junior Boys for winning their event! We also managed to win Junior Debating. With Junior Dance and General Knowledge coming next term, we are in a very good position to shoot for first place. With the perseverance of Wylde and our strength coming into the Trinity term, anything is possible as it only takes a few first place wins to knock Whiteladies off their perch! 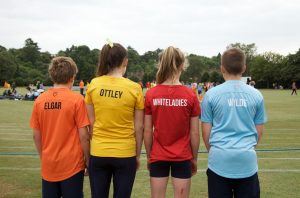 The House results for the Lent term are:

Overall scores for the Lent term are:

The Lent trophy winners on 50 points are Whiteladies!