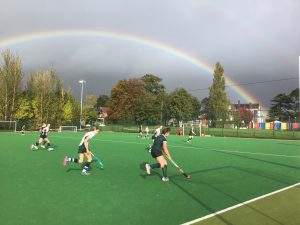 Last Saturday, RGS Worcester welcomed Cheltenham Ladies College to play the first Hockey fixtures of the term. Having returned initially to summer sports and then gradually integrating Hockey back into the co-curricular programme, the senior girls attended Indoor Hockey training sessions to get them back into the swing of things. Remaining within their Year groups, we had almost thirty Sixth Form girls to select from and, as it was only a friendly fixture, we listed twenty-one to play the eleven-a-side game. Fortunately, Hockey allows for rolling substitutes and in the fifty-minute game, all the girls had the opportunity to play.

There was a buzz in the atmosphere at the excitement of being back and this year’s 1st XI Captain Lottie Atkinson, encouraged the girls to enjoy the opportunity to play again. With such competition for places in the senior side, we look forward to commitment and intensity in training and Games lessons really stepping up this term.

The Year Eleven team played with excellent composure and control to take an early lead over Cheltenham Ladies College. They then had to show our core values to be resolute and willing throughout challenging weather conditions in the second half, as they kept a clean sheet to win 2-0.

This week in Games, all Year groups are returning to the AstroTurf for Hockey lessons and the senior girls are looking forward to playing again this weekend against Hereford Cathedral School, along with our Year Nine and Ten teams who will be playing their first fixture of the season. 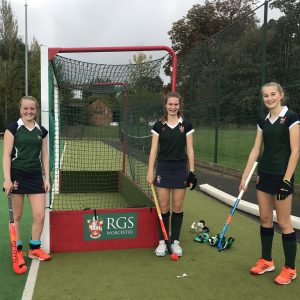 I would like to congratulate Alice Atkinson, Year Eleven, Ellie Nicholls, Year Eleven, and Amelia Lane, Lower Sixth, who have been shortlisted for England Hockey National Age Group trials. They will attend three days of assessment camp during the half term break at Lilleshall to compete for places in the England squad. This is a result of the excellent commitment and hard work to both school and club Hockey. We wish them the best of luck at the selection camp.