The second race of the season took place on Wednesday 25 May at Mallory Park race track in Leicestershire. This was a new track added this year to the Greenpower calendar and so all were excited to see how team ‘Superformance’ would fare on it. We were all pleased, as it is Midlands-based too and so the journey wasn’t quite as long as normal!

On arrival the team of Verity Bond-Evans, Roxy Freely, Pru Goodson, Amelia Gutteridge, Alfie Moss, Edward Roberts, Peter Jackson and Sam Frettingham quickly swung into action. There were 27 teams entered in the same age category and so we were all keen to pass scrutineering as quickly as possible to get out, practise and experience the track.

During practice, the car was running well with no major concerns. Mr Holt and the team had been further tweaking the car since racing at Goodwood only a few weeks before. A new heat sink had been made and fitted onto the motor to try and keep it cooler, alongside soldering repairs and upgrades. Deflectors had been designed and 3D printed for the wing mirrors to try and make them more aerodynamic also. As the start flag came down, Amelia got off to an excellent start leading the way for all to follow – a great sight indeed! Our nearest rivals of the last few seasons were all racing hard but we were managing to hold our own.

Verity took the second leg and with the top of the leader board so close the team knew it might come down to speed of changeovers in the pit stops (each team has to change drivers twice each race). Verity held her own before Edward swapped in for the final leg.

As the clouds grew darker above, the tension grew as there was very little separating first to third. We were close, but also having to contend with team racing tactics as the other two cars were from the same school! In the dying minutes of the race both the other cars’ batteries faded fast and we pulled into first. The last laps were agonising with the team all up on their feet! The chequered flag was waved and we finished 1st! An elated team celebrated as the clouds opened and the rain poured down!

For the second race we decided to go up a gear. Only one tooth, which could make the difference between winning overall – or losing. A calculated risk we thought, as our understanding was that the distances of both races are combined, to find the ultimate podium places.

Alfie was eager to line up and negotiate the start of the second race. He again achieved a clean start with our main contenders all around us almost immediately. After her sterling efforts in the first race, Amelia took the second leg again before Edward took the last. In the dying minutes of the race this time, our rivals crept ahead of us having made their own changes too. It was an anxious wait to hear the overall winners while we packed away.

The prize-giving ensued and we claimed 3rd place overall. Unbeknown to us, the race winner calculations had been updated this season! Had they remained as they have been over the last 10 seasons, we would have claimed 1st place. As it was, we had to settle for a very commendable 3rd place overall. This is a fantastic achievement in a car that was being raced when the current drivers were one year of age!

As ever, huge thanks goes to the whole team. This excellent achievement would not have been possible without the continued work of Mr Holt, Mr Batchelder, Mr Boss and more latterly Mr Stuart. The future looks promising indeed! 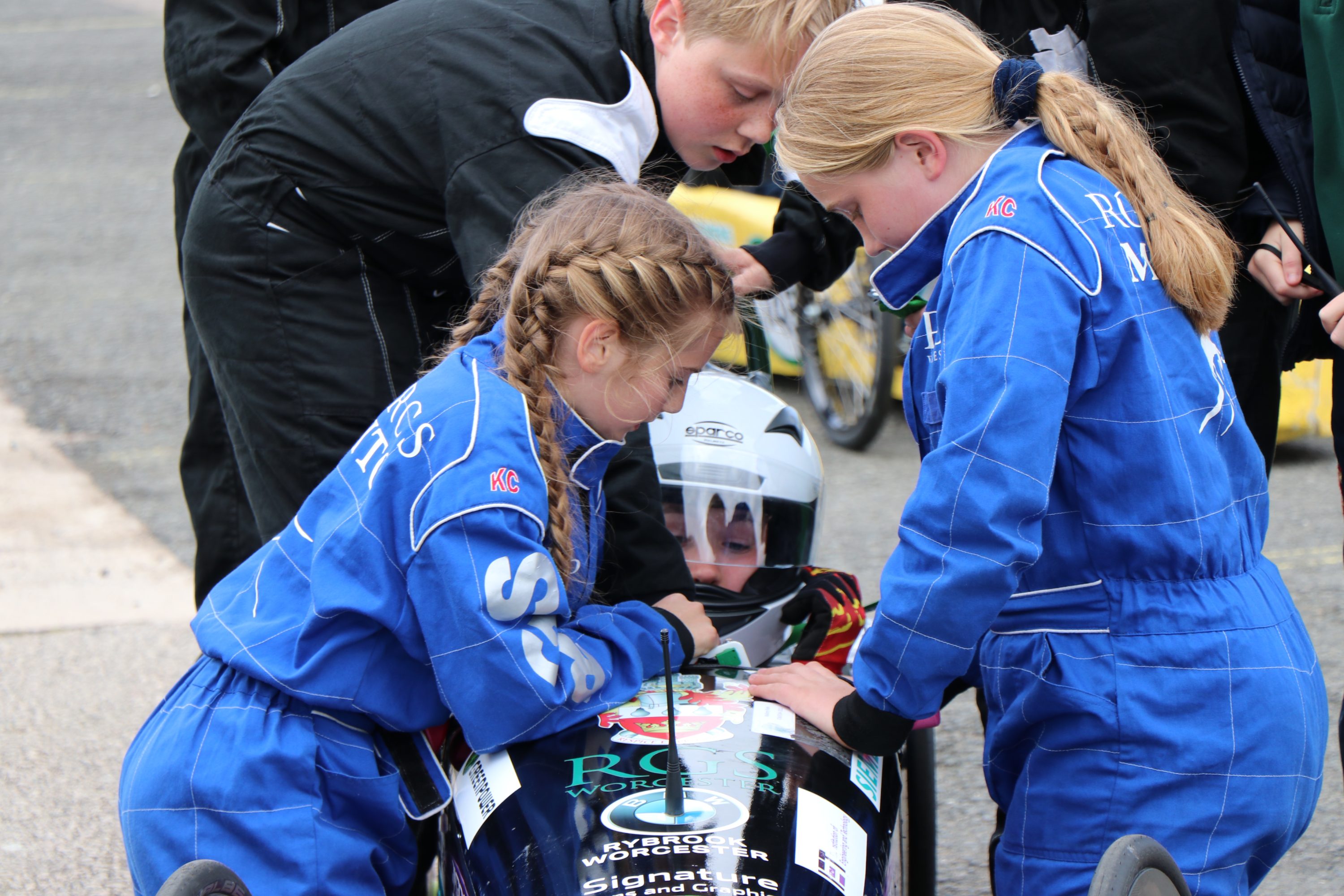 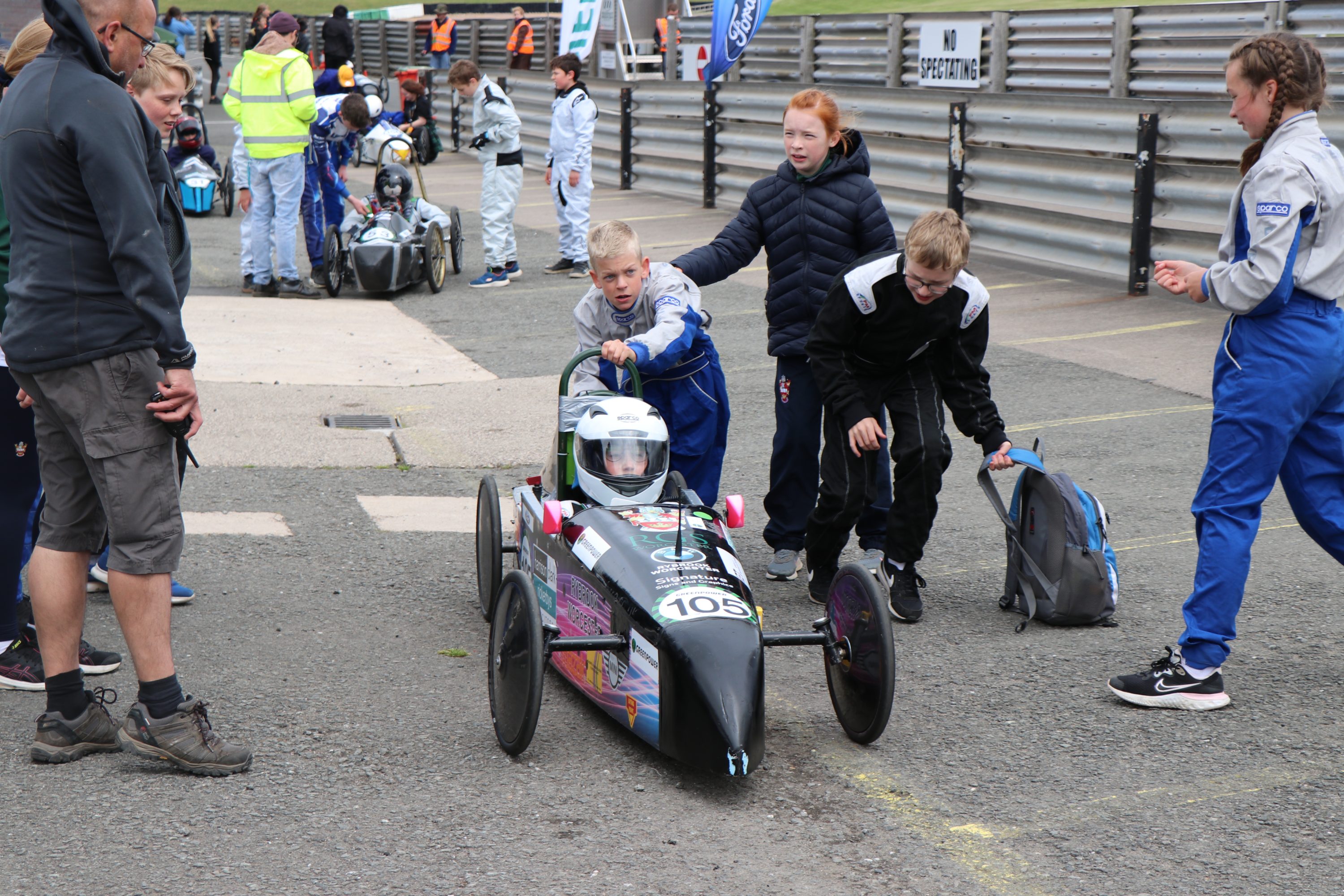 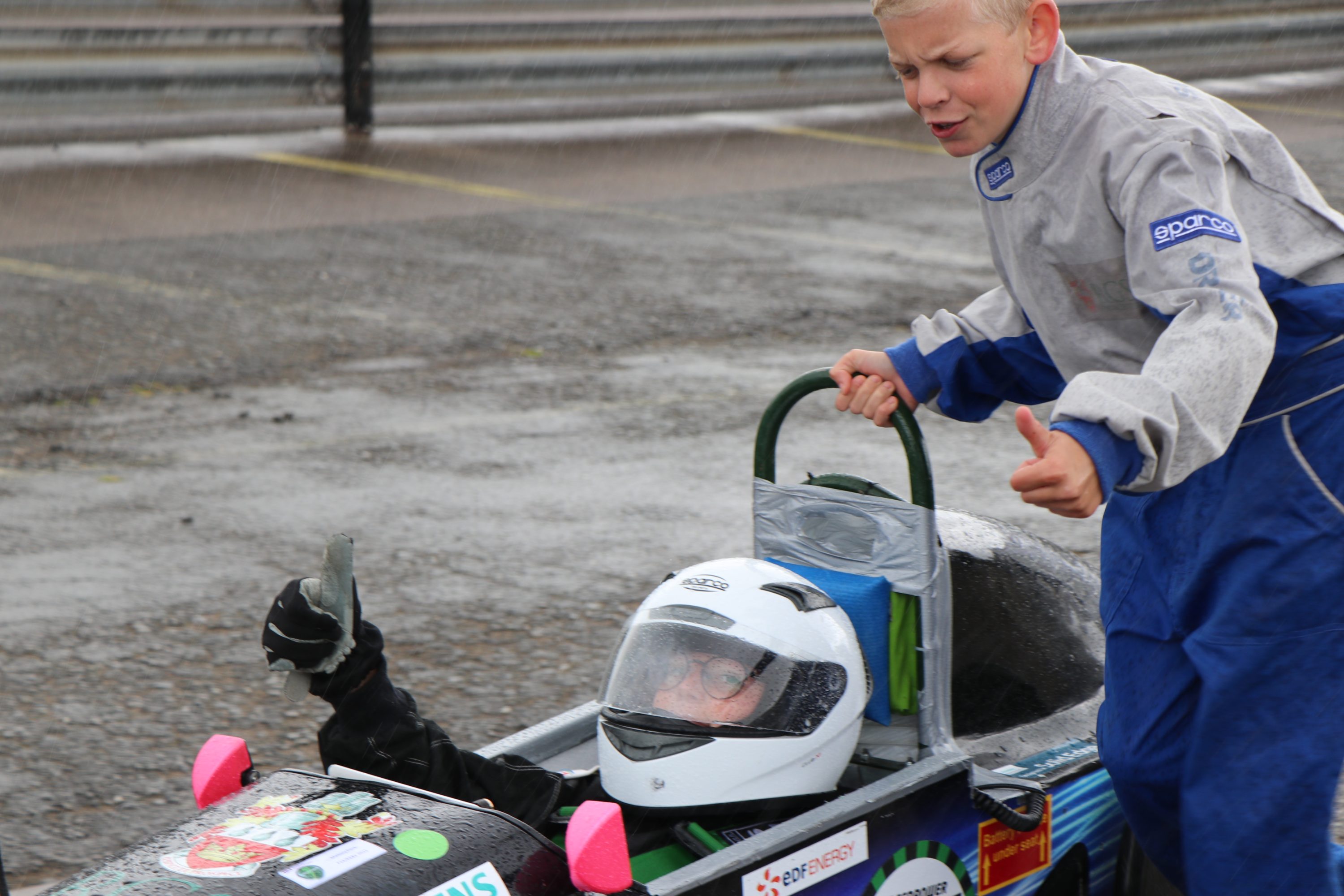 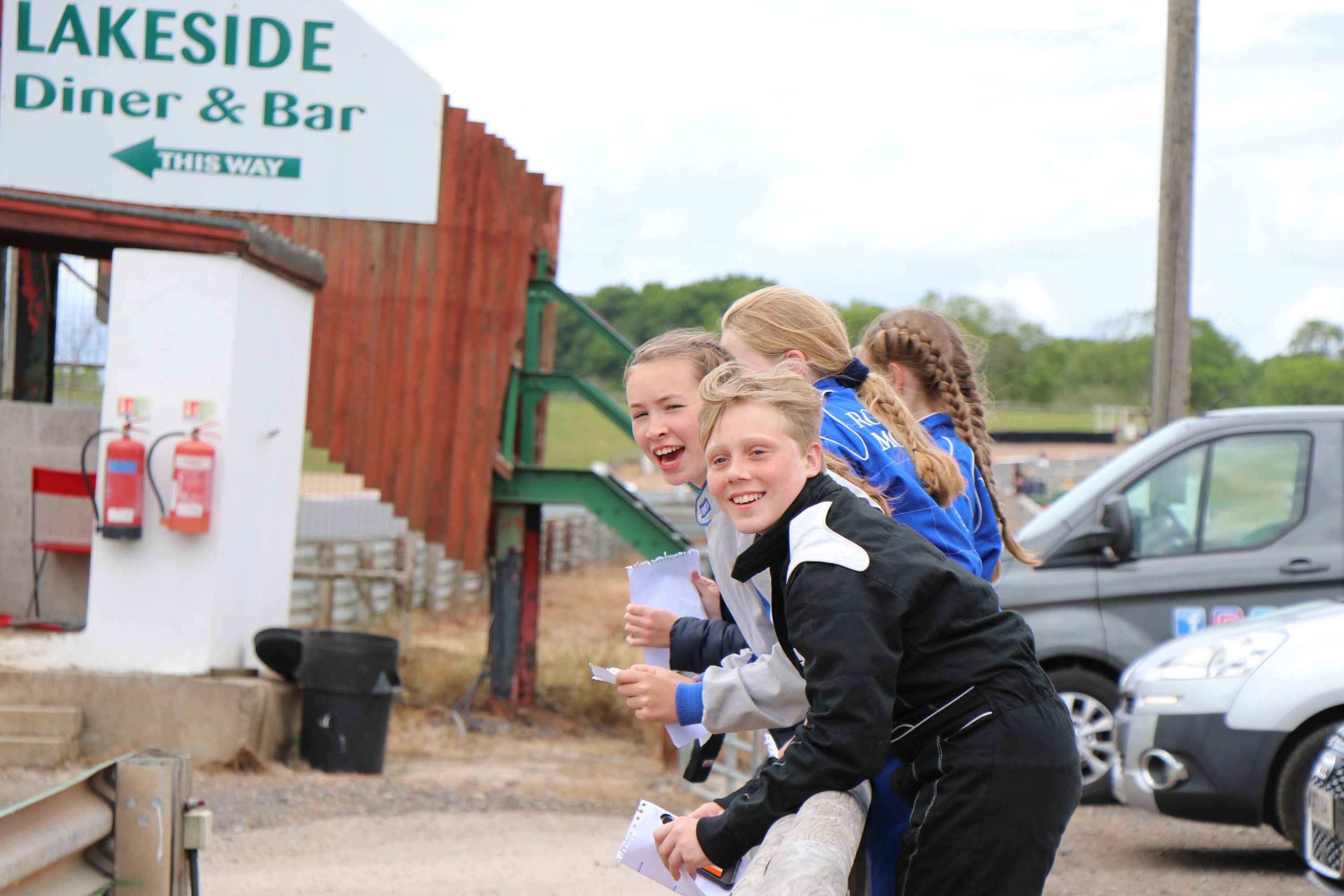 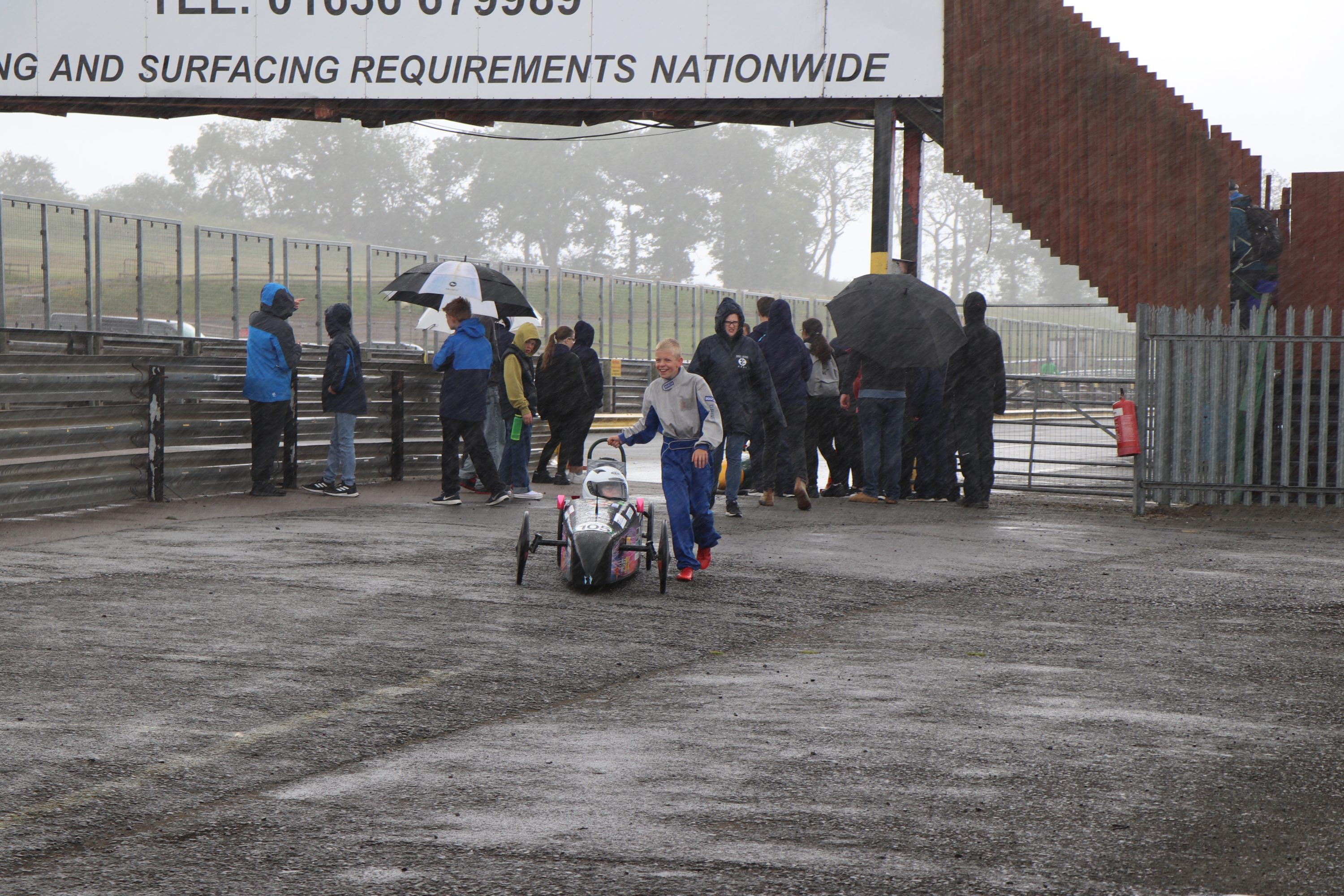 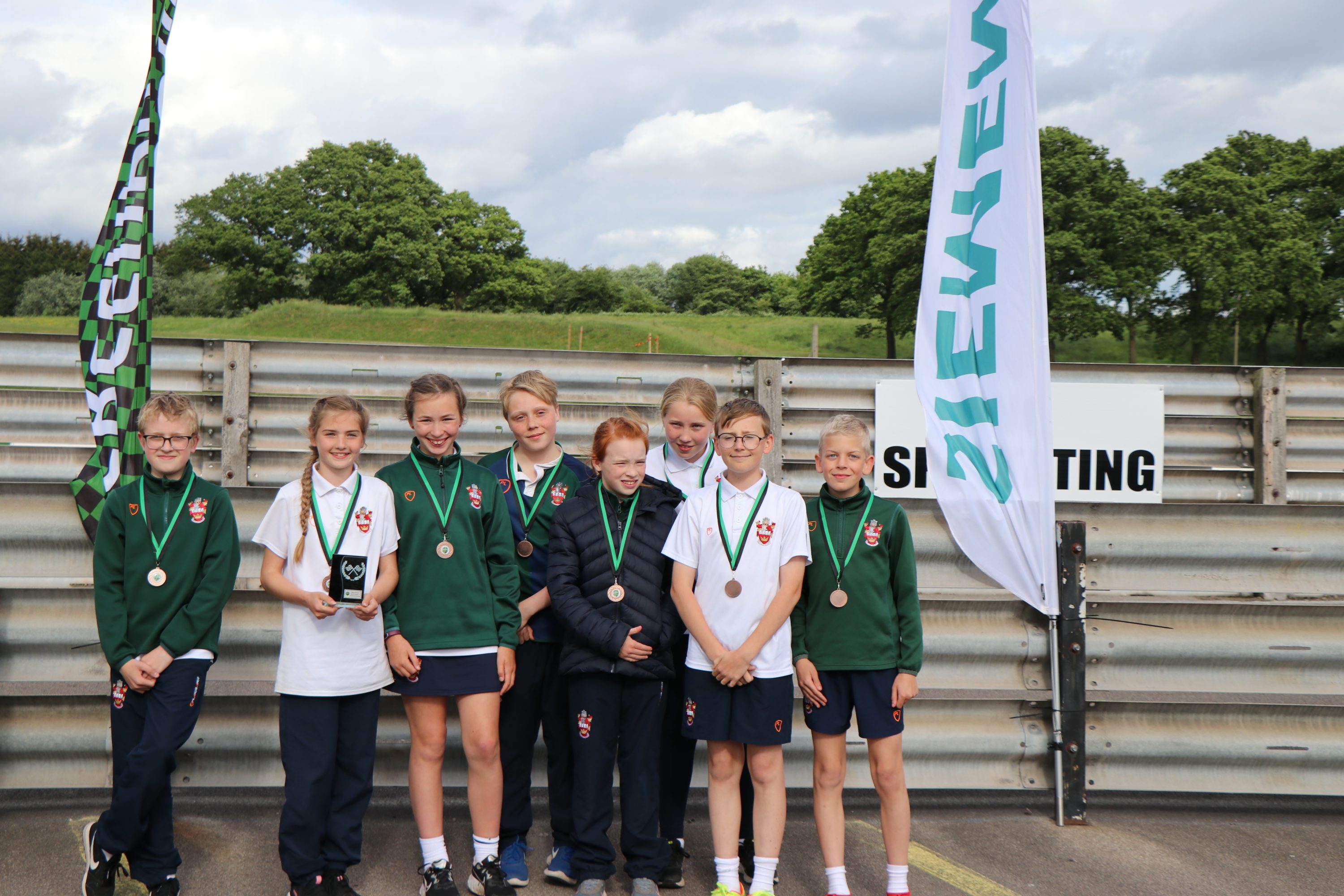 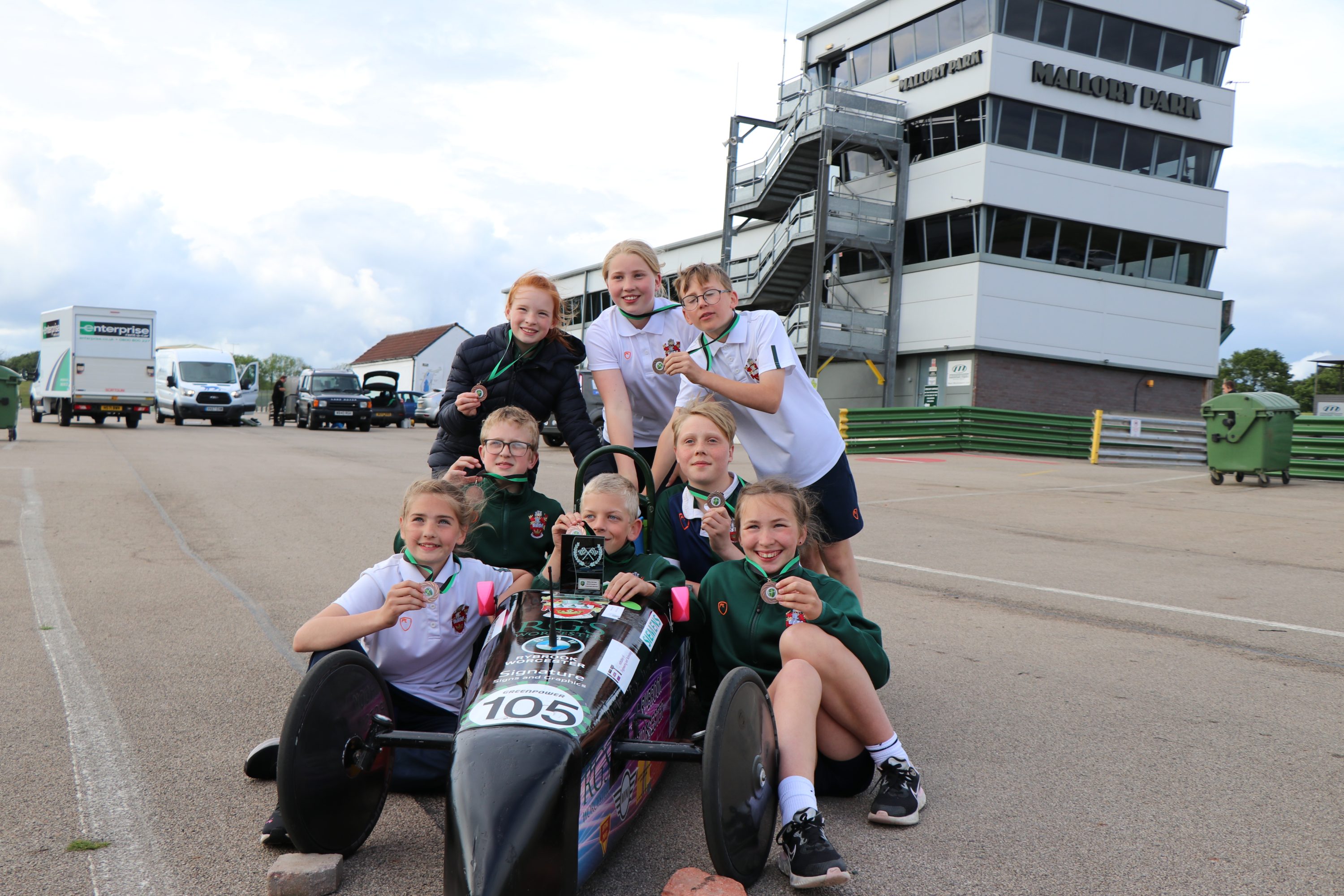