Following a welcome by the Headmaster and then an introduction from Head of Science, Dr Howard Smith, the pupils were given a mission to design and build a bridge that would be strong enough to suspend a weight from its centre. Groups were given 15 minutes to design and then one hour to complete their build. The building materials on offer to them were papercraft straws, paperclips, string and card. 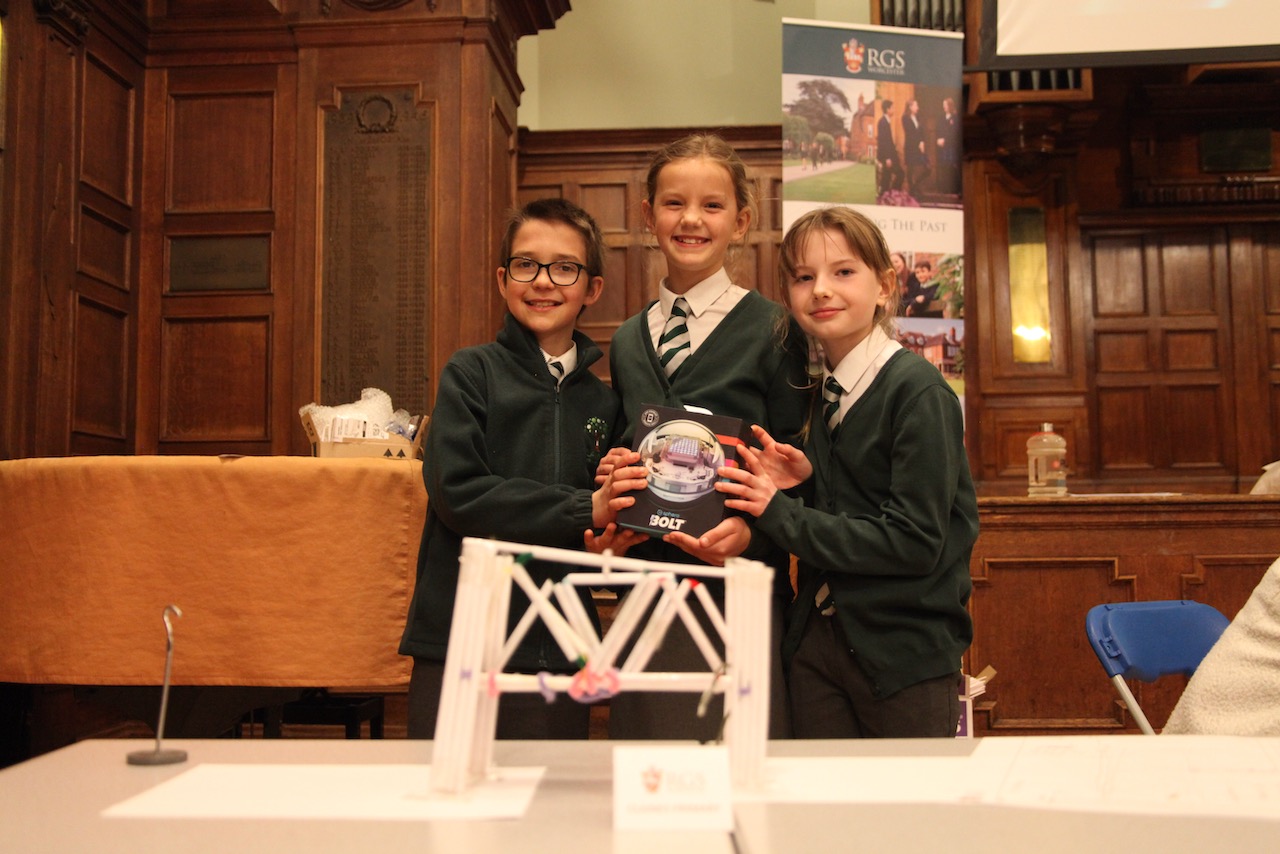 Both events were a great success and much enjoyed by all participants. A group of 4 RGS Springfield and 4 RGS The Grange pupils came top on the first day and the results for the Primary Schools ‘Eggstravaganza’ event were as follows:

Congratulations to the Prep and Primary School children for taking part. After a hard day of problem-solving, engineering and teamwork, pupils enjoyed a well-earned Creme Egg!