What an amazing weekend at the RHS Malvern Spring Festival! The weather was fantastic and the transformation of a piece of grass into a Jubilee inspired garden was, in a word, awesome! 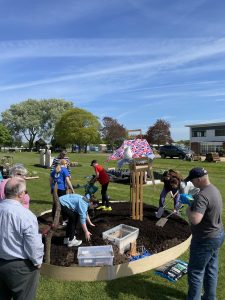 On Monday evenings after school over the last six months, the thirteen members of the RGS Gardening Club have been working hard to design and ready plants for their garden at the show. They also had to create a vlog to support their work and show their involvement. This was put together and edited by Year Ten pupil, Charlotte Lamb.

This garden brought together Her Majesty the Queen’s love of gardens and her Buckingham Palace Garden Parties alongside an Alice in Wonderland theme, creating a magical garden called ‘Her Majesty’s Adventures in Wonderland’.

Not only did the garden link to Her Majesty the Queen but also to the School, as The Alice Ottley School which merged with the Royal Grammar School in 2007, had direct links to Lewis Carroll, hence the elements of ‘A Mad Hatter’s Tea Party’. Carroll was a family friend of Alice Ottley, the first Headmistress of Alice Ottley School, and would come to the School to give lectures and tell stories to the girls. Miss Ottley named one of the first School Houses, Carroll. 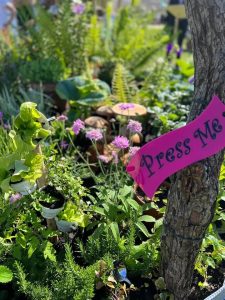 As the design came to life, the gardeners explored the School basement in Britannia House, finding the last remaining drawings from the Second World War when the girls would go down ‘the Rabbit Hole’ (their nickname for the School’s air raid shelter) and pictures of Alice and the other characters adorned the walls. The gardeners also found unused crockery stored down there and incorporated this into the design as planters and a bird feeder.

With the amazing Design and Technology department, the gardeners built a table and chair structure, attached an insulated jug as a water feature, with its bright pink ‘press me’ button adding an interactive element. Year Seven pupil, Pru Goodison even became an expert woodworker, learning to use the lathe to create an impressive and much commented on, set of wooden mushrooms. 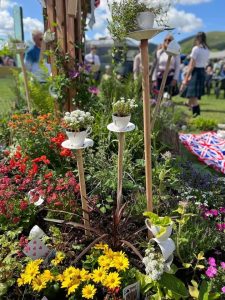 Plants had to be grown, some from cuttings or seed and others carefully chosen; all to reflect a garden party. There were strawberries, lettuce, cucumber, tomatoes, herbs as well as more ornamental plants and thanks to Year Seven pupil Roxy Freely, we were able to get some Lily of the Valley, the Queen’s favourite flower. It came from her Grandmother’s garden and yet another link, Roxy’s Grandmother had been Head Girl at Alice Ottley and in Carroll House! Year Seven pupils; Nicola Aston, Beatrice Collins, Tilly Haldane and James Keetley-Smith with Year Eight pupils Lydia Fudger and Isabel Lowe all grew herbs for the garden and with Pru and Roxy, ably guided visitors around the finished garden.

With the help of parents and siblings and the expertise of Mr Boss and the amazing Mr Holt, the garden came to life over the early May Bank holiday weekend ready for the show. This involved putting in place the structure, the water feature and all the plants and different creative elements such as playing cards, Jubilee coins, a tablecloth, cutlery and a red, white and blue painted dog! 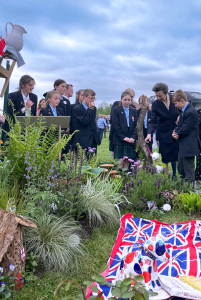 The RHS Malvern Spring Festival is the precursor to the RHS Chelsea Flower Show and as a result draws visitors and celebrities from across the UK. Our garden was awarded ‘Highly Commended’ by the judges, the highest award possible and many visitors commented that they believed the garden rivalled the professional show gardens. The garden was featured and described by Malcolm Boydon for Hereford and Worcester Radio which was fabulous. However, the greatest accolade came from the visit from HRH The Princess Royal, Princess Anne, who spent time talking to the group about the garden and giving it the royal seal of approval. This was for the second time though, as Year Seven pupil, Edward Roberts, had written to Her Majesty the Queen on behalf of the budding RGS gardeners, and they were able to display the reply on the garden.

The garden was visited by thousands of people over the four days of the Festival. The gardeners worked hard explaining their ideas and pointing out the different elements to visitors; several of them balancing other commitments, not the least of which was revision for Year Ten Mock Examinations with Annabelle Howarth, Sam Taylor, Mila Humphreys and Emily Rutter, all generously giving of their time to welcome visitors. We even had a guest presenter in Daniel Freely who is in Year Four at RGS The Grange.

It was a magical garden which by the Monday lunchtime following the end of the show, had disappeared as if by magic! However, the garden took an enormous amount of hard work: the design and creation of detailed artistic plans, growing many of the edible plants from cuttings or seed, selecting other plants, building the structure, learning the history behind the story and creating a vlog.

The gardeners can now take a well-deserved rest, hopefully enjoying their own gardens. They are a creative and enthusiastic group, who are, as Malcolm Boydon commented as he ended his broadcast from the garden: “a credit to the School and their parents”. They were fantastic ambassadors for the School and I thoroughly enjoyed working with them on this, my last show garden – a wonderland indeed!

Please do enjoy listening to the RGS Worcester Garden Club members in their radio interview with Malcolm Boyden on BBC Hereford and Worcester. 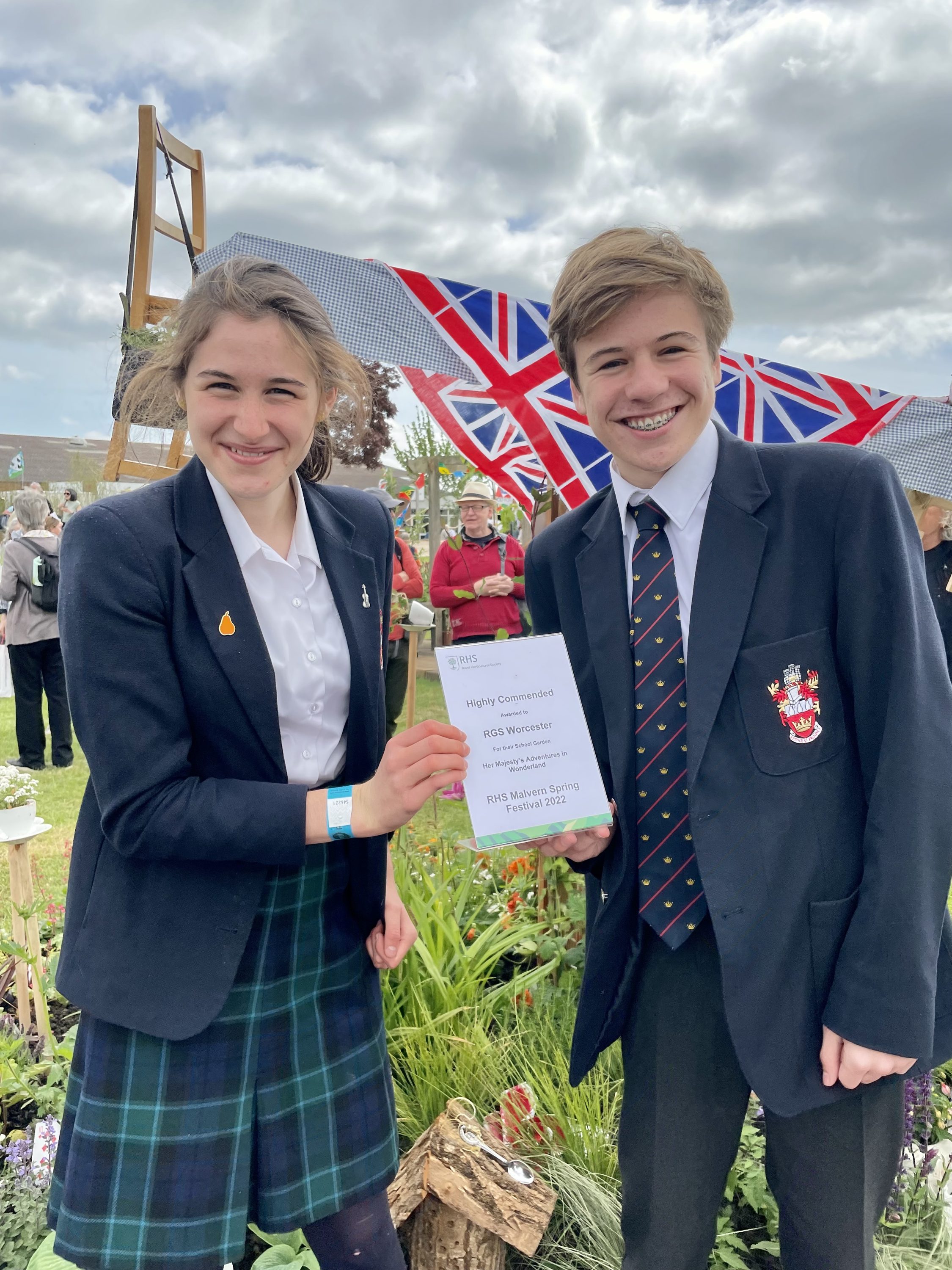 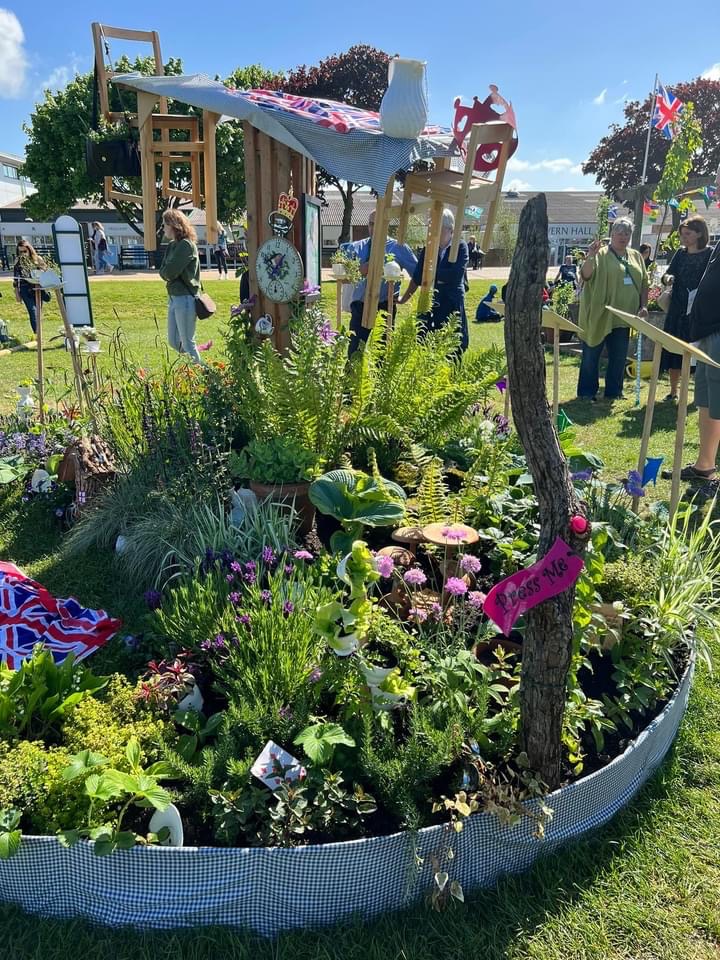 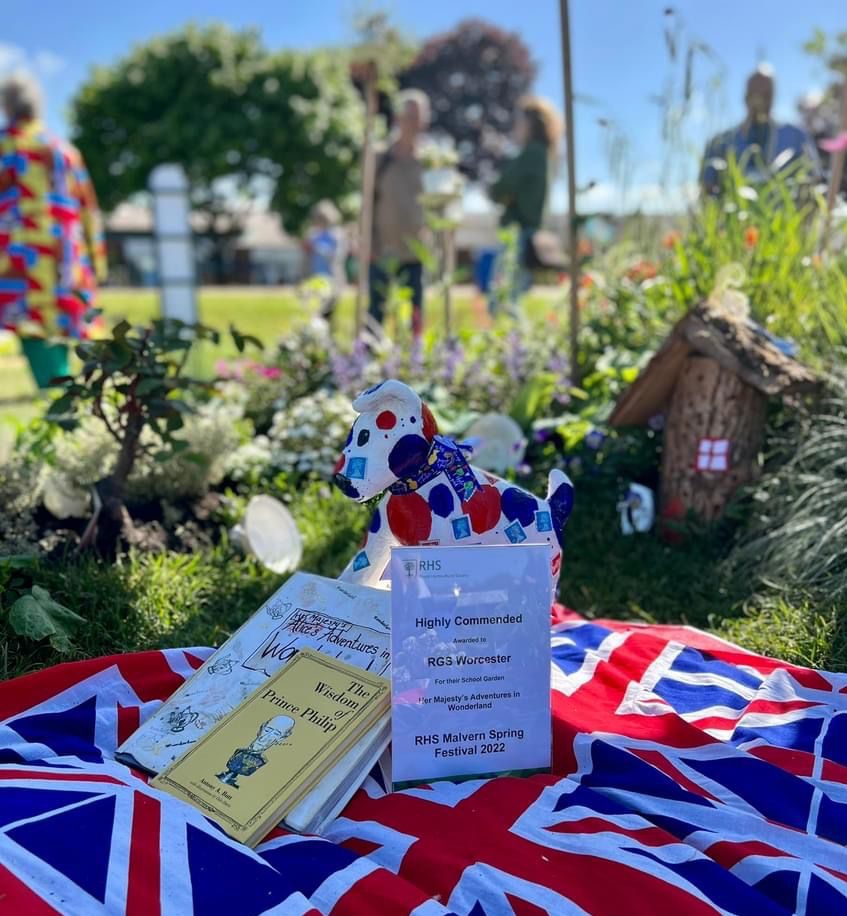 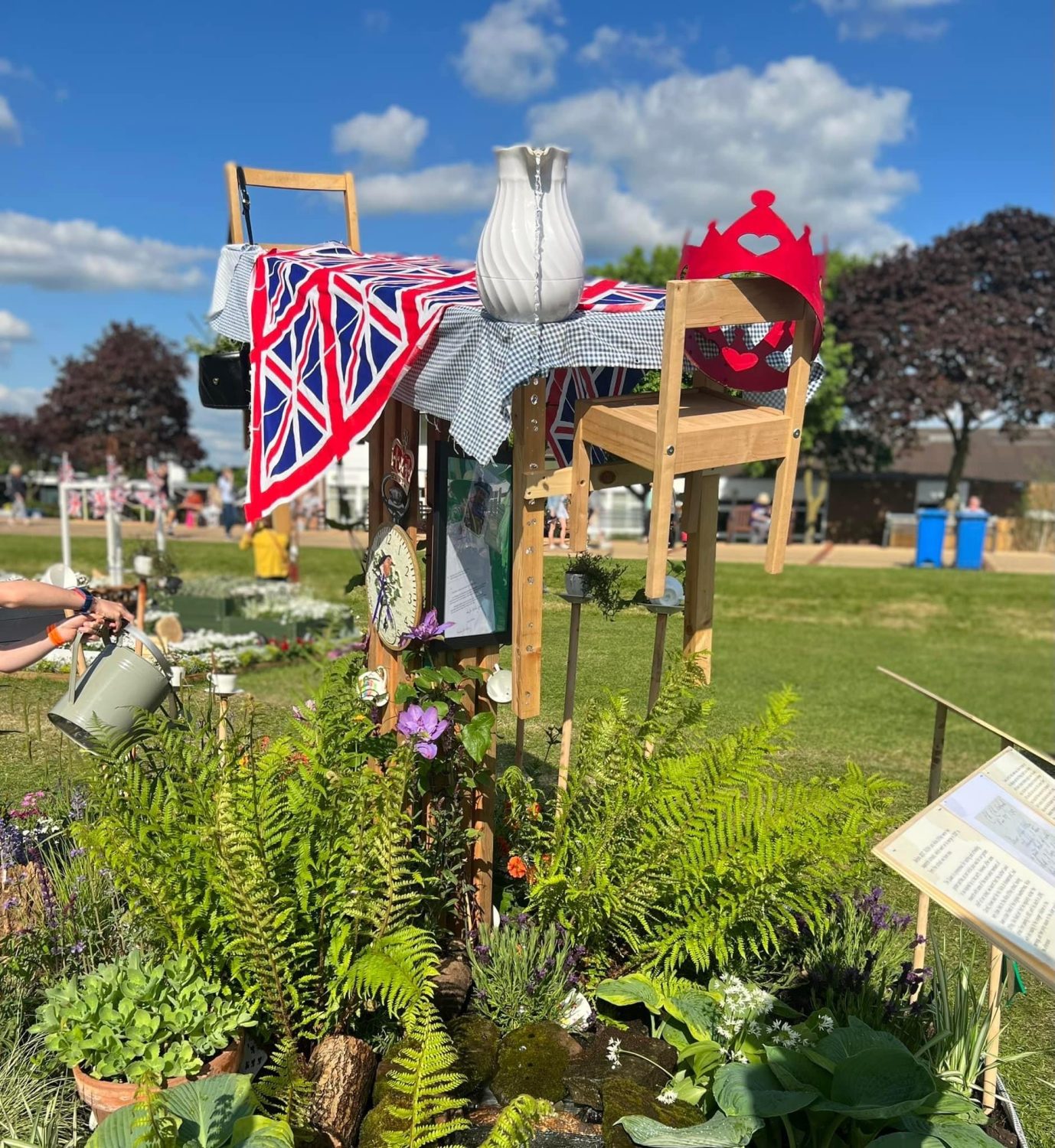 ‘Superformance’ performs at Goodwood   The End of the Beginning: Upper Sixth depart on Study Leave