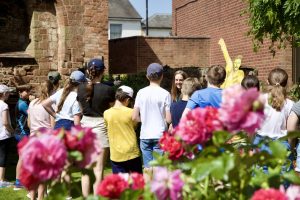 It was a pleasure to welcome new Year Seven pupils for RGS Worcester last Friday for their first Induction Day.

This event aims to ease transition for the new pupils who are due to start Senior School in September and provide an introduction into School life at RGS Worcester.

During the day, the new pupils joined the Head of Lower School and RGS School Prefects in a tour of the School, followed by a chance to explore the site further by taking part in a ‘School Treasure Hunt’. Pupils also experienced two Taster lessons, meeting some of their teachers, their Form Tutor and other pupils in their form. 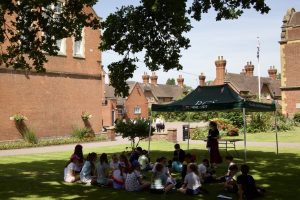 To round off the morning, pupils enjoyed a taste of RGS School lunches and, as it was an extremely hot day, lunch was rounded off with the treat of a cool ice-cream.

New Year Seven pupil, Amelia, said: “The activities and lessons were really fun. The teachers were friendly, and I enjoyed meeting other pupils in my form. I was feeling a little bit nervous but now I’m really looking forward to starting in September!”

A Greek Party in the Performing Arts Centre Fond Farewells