We were delighted to hear that two RGS pupils, Maxwell Moses and Theo Houston both from Year Eight, have been selected by the Independent Schools Football Association (ISFA) to play in the National Core and National Development Squad respectively.

Selection for these national Football teams has been an ongoing process for several months, with Maxwell and Theo, along with three further RGS pupils, Lucas Jones, Maximilian Kilby and Hugo Morgan-Iqbal, being nominated to attend trials for the West Midlands ISFA team under recommendation from Head of Football, Mr Leeds. After participating in several trial matches, alongside over 40 boys from across the Midlands, all five of the RGS nominees made the cut, progressing into the final squad of 16 players.

The selected players from the ISFA Midlands squad were next invited to attend the ISFA Festival, which was held over three days in April at Shrewsbury School. The five RGS pupils and their fellow team mates, joined other regional ISFA teams from across the country, alongside lead coaches whose aim was to assess and select ‘core teams’ for National, International and Development team players from the group of 140 boys present.

Both Maxwell and Theo were successful in being selected to the ISFA National teams. 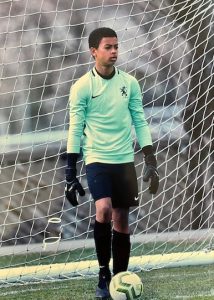 Goalkeeper Maxwell was extremely pleased to be selected for the ISFA National Core Squad. Maxwell now gets to represent the ISFA nationally in competitive games alongside his teammates and fellow gifted footballers from all over the country. He will also have the opportunity to attend training camps at other leading schools as well as at Premier Football Clubs such as Chelsea F.C. Maxwell is also the 1st goalkeeper at local club, West Bromwich Albion. 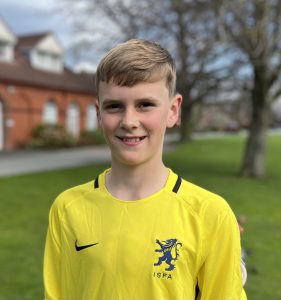 Goalkeeper Theo was selected for the ISFA National Development Squad. Theo will now attend a three day Football festival in August at Harrow School in London, playing fixtures against Premier League Academy teams. Theo, who plays his club football for Kidderminster Harriers F.C., was delighted to be selected for the squad and is looking forward to the challenge of keeping out some of the best young strikers in the country.

Headmaster, John Pitt, said: “Congratulations to both Maxwell and Theo on this outstanding accomplishment for selection to these ISFA National teams. Both boys work incredibly hard and show tremendous commitment to their Sport and to their Academic studies. Well done also to Lucas, Max and Hugo on their selection for the ISFA Midlands squad. We look forward to watching these gifted young players as they progress.”