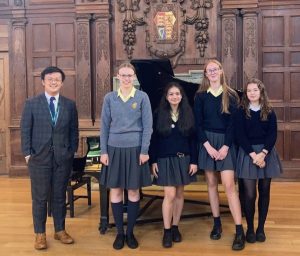 We were delighted to welcome the talented, professional pianist, Edward Leung to RGS Worcester this week. Edward spent a full day at the School, performing recitals and sharing his expertise, with the day culminating in an inspiring evening Piano Concert, featuring Mr Leung alongside aspiring young pianists from RGS Worcester. 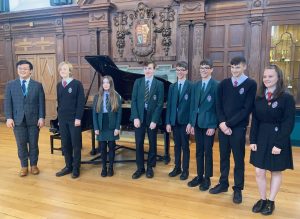 The day started with an Outreach event, as we welcomed visiting pupils from RGS Dodderhill and Nunnery Wood School. Mr Leung performed a short piano recital to a captivated audience in Perrins Hall before offering valuable advice to the group on expression and performance. There then followed a Masterclass with an opportunity for the young musicians to benefit from Edward’s advice to improve their own piano skills. 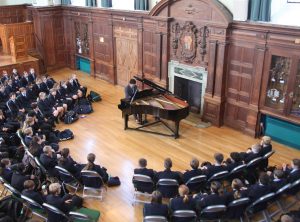 After lunch, Edward performed to all of the Year Seven pupils, playing a selection of piano pieces including Debussy’s Claire de Lune and Liebermann’s Gargoyles. The young audience was enthralled, giving Mr Leung a standing ovation and eloquently expressing how the music made them feel “energised” and “awake”. Year Seven also asked Mr Leung some rather probing questions such as: “How do you get your fingers to move so quickly?“ 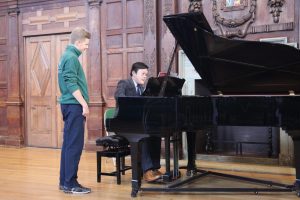 Mr Leung next joined RGS’s advanced pianists at the Grand Piano in Perrins Hall for a series of Masterclasses. Pupils had the opportunity to work with Mr Leung on an individual basis, and gain valuable advice and guidance on their chosen piano pieces.

To round off an excellent day, we welcomed an avid audience of pupils and their families to an evening Piano Concert in Perrins Hall. All ten advanced pianists from RGS Worcester who performed have Grade 7 or above on piano. They delivered their chosen piano pieces with accomplishment and skill, delighting the audience with music from composers such as Chopin, Einaudi and Debussy. Congratulations to Sihan Fu, Ben Weller, Isaac Chan, Charlotte Abbotts, Luke Jones, Noah Davison, Tobey Butler, George Flinders, Sasha Penlington and James Kitchingman for their fabulous performances. Following a short interval, Mr Leung performed four piano pieces, receiving rounds of rapturous applause from the beguiled audience. 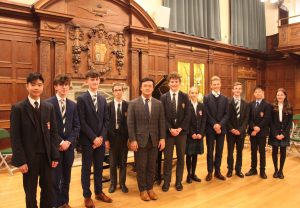 Director of Music, Mr Jonathan Soman said: “The whole day was a joy, from seeing all of Year Seven immersed in appreciating live performance, to the one-to-one attention Edward gave pianists from both RGS and our visiting schools. The evening concert was the icing on the cake, with Edward’s stunning recital being perfectly preceded by our ten student pianists’ polished and well-presented performances.”

Edward Leung added: “I’ve found the day really inspirational; it’s an honour to have been invited here. The students I worked with were really receptive to new ideas and I was touched by how attentive they were, especially in the Masterclass when performers adapted their playing and the audience appreciated the difference.” 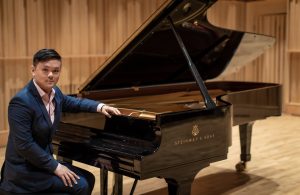 Edward Leung is lauded as one of 16 incredibly impressive students at Princeton University’ by Business Insider, American pianist Edward Leung has performed in concert halls across North America, Europe and Asia. He is the 2021 MMSF Philharmonia Piano Fellow, and has won all the major prizes at the Royal Birmingham Conservatoire. 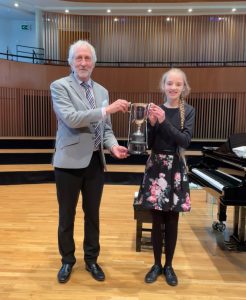 Congratulations also to Sasha Penlington (pictured right) on her winning the Bach, Handel and Scarlatti Open Class (for pianists of all ages), with an Outstanding Mark, at the Birmingham Music Festival last weekend. This is the second time what Sasha has won this award, which is all the more remarkable because she competes against adults in this category. Sasha performed with incredible poise and expertise in our Piano Concert on Wednesday evening.