Fundraising to give hope for the future

The RGS community has been busy fundraising this term for local, national and international charities. 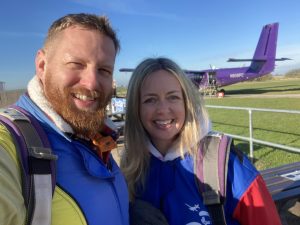 Last weekend, Director of Drama Mrs Jilly Witcomb and Teacher of Drama, Mr Dan Morgan took to the skies in a sponsored Skydive, to raise funds for sporting charity, Bright Ideas for Tennis. Mrs Witcomb is also the Teacher in Charge of Tennis.

Mrs Witcomb summarised her experience: “Dan and I were both excited and also a little nervous! Hurtling at 125 miles per hour and being in free fall from 10,000 feet was absolutely exhilarating and an experience we will never forget! Thank you to everyone who has supported us already; friends, family and the RGS community who have helped us raise funds for this amazing cause.” 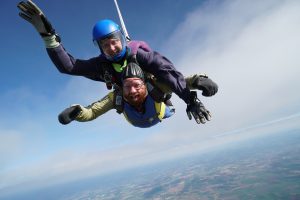 If you would like to support Mrs Witcomb and Mr Morgan in their exciting challenge for this worthwhile cause, please visit their JustGiving page.

The sponsored Skydive comes just shortly after Mrs Witcomb and RGS keen Tennis players raised funds for Bright Ideas for Tennis by taking part in a 24-hour Tennis Marathon. The group travelled from RGS Worcester to The National Tennis Centre in Roehampton to play a 4.00 – 8.00am slot at the end of February, raising over £1,500 for the Tennis charity. 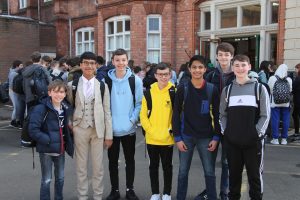 The School community has been running several events to raise funds to support those in need in the Ukraine. This year’s Charity Day in March raised funds for both Comic Relief and to support relief work in Ukraine. Pupils at RGS Worcester had a mufti-day and were encouraged to wear yellow and blue, alongside the customary red for Red Nose Day, as well as take part in fundraising activities organised by our pupil-led Charity Committee.

Following the Charity Day, fundraising for the RGS Ukraine Appeal has continued, with the running total currently standing at £3,000. This sum is growing day-by-day, with a map of Ukraine on the lawn in Headmaster’s Walk being filled with more and more coins.

Mr Pete Brownley of Joe’s Cafe in the Sixth Form, has also organised an Easter Raffle with the chance to win some lovely prizes and raise further funds for this important Appeal. 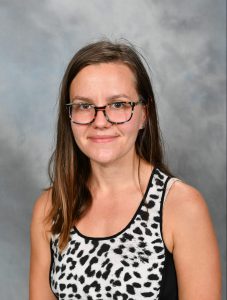 Congratulations to Angelina who has now successfully completed her challenge, despite, in her own words, “not a big fan of running!”.

Having raised over £600 already, Mrs Zavada, said: “Thank you so, so much to those who have donated already.”

If you would like to support Mrs Zavada in her fundraising, please visit her JustGiving page. 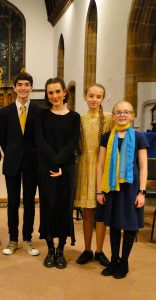 Thank You and Well Done

Thank you for the generous support you have shown the RGS community, helping us raise significant funds for these important causes.  Well done also to the RGS pupils and staff for their continued contribution of ideas and achievements, and to the pupil-led Charity Committee for all the organisation, which supports our School’s fundraising efforts.