We were delighted to hear from Chemistry graduate and RGS Alumnus, Harry Gemmill this week and discover more about his career in Science since leaving RGS in 2017. 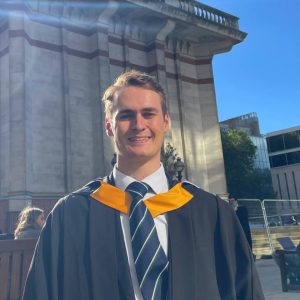 Harry explains: “The process I researched was called ‘Photocatalytic Water Splitting’, which uses water and sunlight to create hydrogen gas. The end goal of the research was to find a material that makes the process of producing hydrogen gas, using natural sunlight efficient enough to be economically viable, and increase its use commercially.”

Harry’s research proved to reveal promising results with the research continuing after his Masters project ended. Harry has since co-founded a company, GL EduGroup with an associate from Cornell University, and has moved to Seoul, Korea to pursue the business full-time. 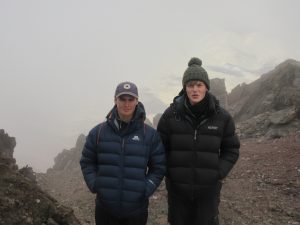 Harry adds: “My time at RGS helped me to push myself outside my comfort zone and take risks by affording me the opportunity to travel and try new experiences such as participating in Outward Bound in Year Eight and later the Summer Trekking Trip to the Indian Himalayas. RGS also helped me learn how to juggle multiple commitments while participating in Senior Jazz, Concert Band, Big Band and managing 5-7 rowing training sessions a week along with my Academic schedule.”