An RGS Worcester pupil and his family got to enjoy a day with his dream car, a Ford Mustang, as a result of a school letter-writing exercise.

The opportunity came from Worcestershire based car dealership, Hills Ford, after RGS Worcester Year Seven pupil, Peter Jackson, sent Ford UK a letter as part of a ‘Dream Job’ project, whilst he was in Year Six at RGS The Grange.

The School English project encouraged pupils to write aspirational applications for their dream jobs, with letters posted to leading global companies including NASA and Disney World, as well as those closer to home, including The Savoy Hotel and various branches of the Police Force. 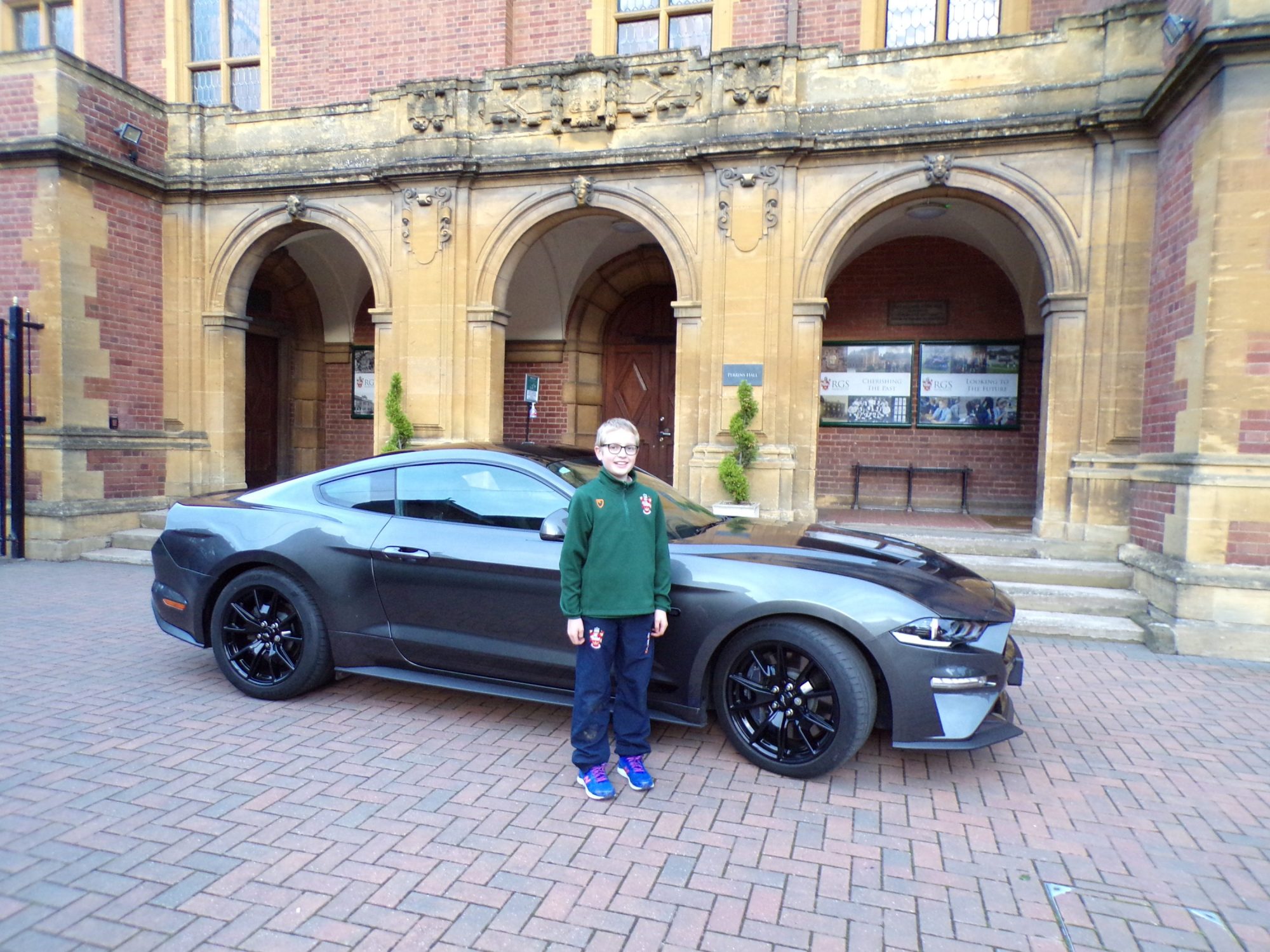 The exercise encouraged pupils to ‘Dream Big’ and there was much elation in class when the aspirational applications started receiving replies with some of these even including gifts too.

With Peter’s ‘Dream Job’ to become a car designer, he sent an enthusiastic letter to Hills Ford explaining his love of cars and his favourite vehicle being Ford’s iconic Sports car – a Ford Mustang.

Peter said: “It’s amazing that Ford gave me a Mustang V8 for the day. The engine sounded wonderful! It’s probably the best thing that has happened to me in my life. I’d quite like one of these for myself!”

Peter is still aiming for his dream job, saying: “I’d still like to be a car designer when I’m older so that I can design cars like this.”