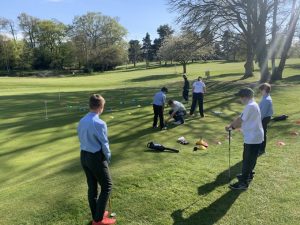 RGS pupils have enjoyed a return to sports this term and it has been fantastic to see pupils back on the sports field, participating with enthusiasm. As pupils had a significant time away from sport, RGS ran pre-season training sessions for summer sports over the final weeks of the Lent term and during the Easter holiday, to ease pupils back into playing sport.

Much thought and planning has gone in to ensure the pupils have remained Covid-19 safe in their practices and when they returned to playing competitive matches last weekend. Pupils remained in their Year Group ‘bubbles’ when travelling to and from fixtures, and were self-sufficient with their own refreshments to hand. We look forward to welcoming spectators once again to matches, hopefully in the not-too-distant future. 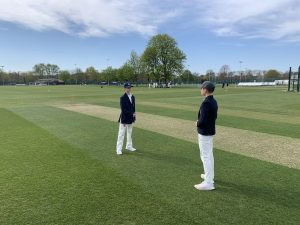 On Saturday 24 April, the RGS Cricket teams played fixtures against Warwick School. Over 100 RGS pupils took part in 10 fixtures played at Warwick School and at the RGS grounds at Flagge Meadow, St Oswald’s Fields and at RGS The Grange. It was lovely to see boys and girls playing Cricket in teams together and supporting one another.

The 1st XI started the season particularly well, winning their away match at Warwick School by 8 wickets after they bowled out the opposition for just 113. The  2nd XI took on an Under 16 Warwick team, playing on the beautiful pitch at Flagge Meadow, and scored an impressive 221 runs with Ben Allen top scoring with 80. The bowlers then limited the Warwick team to 200 runs in this limited overs match. Ben Reynolds shone with the ball, taking 2 wickets in a 6 over spell which cost just 2 runs. All of the teams enjoyed their matches and the pick of the other matches was the Under 14A team who chased down a total of 156 runs, aided by Harvey Shaw scoring 71 Not Out.  The closest match was the Under 12B team fixture in which the RGS team missed out in chasing a total of 166 by just 5 runs! Well done to all of the teams and it was great to see such commitment from all of the players on a beautiful day in Worcester and Warwick. 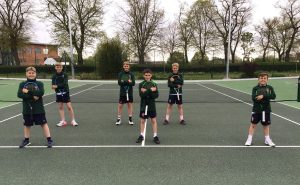 RGS Tennis players have had a great start to the Tennis season, with the Under 13 Boys team playing their first match of the year against King’s Worcester, on Tuesday 27 April. Head of Tennis, Mrs Jilly Witcomb commented: “I’m really proud of our players, they are a young team with real promise and it was great to see them back on court and playing competitive matches. I was particularly impressed with how these younger pupils behaved, supporting each other and in particular coaching a member of the opposition, who was taking his first very steps out on court.” Well done to all who played and helped ensure RGS could celebrate a resounding 12-0 win. The Girls Under 18 team is next up in their Nationals match next week drawn against Bromsgrove School; we wish them the very best of luck.