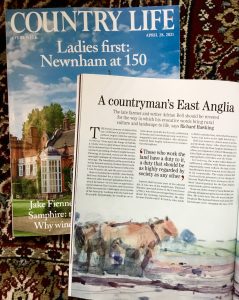 We congratulate Mr Richard Hawking, Teacher of English and Head of Year Ten here at RGS Worcester, for his recent article which has been published in Country Life Magazine. Mr Hawking explains the thought behind his writing:

“I have recently written a feature on the Farmer-writer Adrian Bell called ‘A Countryman’s East Anglia’. In doing so, I am keen to raise the profile of the environmental significance of Bell’s writing to the national and international readership that Country Life enjoys. My own interest in his work stems from growing up in a farming family before becoming an English teacher, and I believe that he is a writer who has important lessons to teach us today about how to farm sympathetically and sustainably. 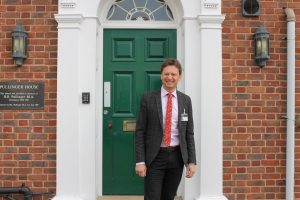 I also wanted the feature to highlight a new publication of his wonderful writing that is due to be released later this year. Working with the publisher Slightly Foxed, I have compiled and written an introduction to a selection of Adrian Bell’s essays which I have recovered from his archive. The vast majority of these essays have not been seen since they first appeared in The Eastern Daily Press over 50 years ago. This book, which has a preface written by Bell’s son (Martin Bell, UNICEF Ambassador and ex-BBC war correspondent and politician) is called ‘A Countryman’s Winter Notebook’ and will be published in November.”