A Week of Singing at RGS

It has been a week of singing at RGS, with the Outreach event ‘Let’s Sing: Worcester’ on Wednesday, to which we welcomed pupils from local Primary Schools, followed by advanced RGS singers performing at the Vocal Recital on Thursday evening. 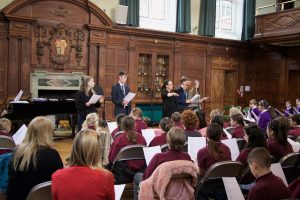 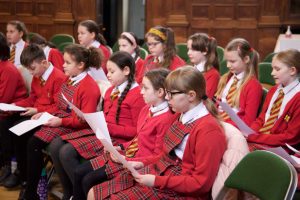 The event took over Perrins Hall for the morning, with two singing workshops led by Teacher of Music, Ms Spencer who was accompanied on the piano by Director of Music, Mr Soman, and supported by talented RGS pupils.

To start off the sessions, pupils enjoyed a vocal warm up, singing Britten’s ‘Cuckoo’ and ‘Just Sing’ from the popular animated film, Trolls World Tour. The workshops then focused on children learning the current chart-topping hit, ‘We Don’t Talk About Bruno’ from the new Disney film ‘Encanto’. The children clearly enjoyed this song, and engaged with it even more as Ms Spencer guided them to understand, and express the song’s sentiment, line by line. 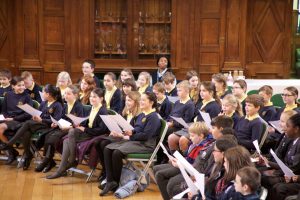 At the end of the workshop, the pupils had collectively recorded their own version of the song, which will now be put together by the RGS Music Department to create a virtual mass choir performance.

Director of Music, Jonathan Soman, said: “It was a pleasure to welcome pupils from four local Primary Schools to RGS this week and see the children enjoying singing together. Thank you to our talented RGS Musicians; George Oates, Bella Hulbert, Mischa Denney-Richards and Aoife Smith for their assistance and encouragement. The visiting pupils clearly had a lovely time, singing, meeting the older RGS students and of course enjoying a drink and a cookie!”

On Thursday evening, it was a pleasure to welcome audiences to the Schools’ Perrins Hall, for an evening Vocal Recital, hosted by some of the Schools’ most advanced student singers.

First to take to the stage was School Captain, George Oates who sang Rodgers and Hammerstein’s Some Enchanted Evening from South Pacific, Saffron Crump followed with In Uomini, in soldati from Cosi Fan Tutte by Mozart. Both performances were captivating with their sensitivity and poise.

Elizabeth Kaleniuk changed the atmosphere singing the intense Wishing You Were Somehow Here Again from Andrew Lloyd Webber’s hit musical, The Phantom of the Opera. Kitty Hildred followed, singing No One Else from Natasha, Pierre and The Great Comet of 1812 by Dave Malloy and following in the musical theatre theme, Year Nine pupil, Isabelle Jones made her RGS vocal debut singing Stephen Sondheim’s Green Finch and Linnet Bird from Sweeney Todd: The Demon Barber of Fleet Street. The entertainment continued with Mischa Denney-Richards singing the playful, Dead Mom by Eddie Perfect, from the film Beetlejuice.

The Classical note continued with Josefina Round singing The Cherry Tree by Armstrong Gibbs’ and Aoife Smith following with Il mio bel foco by Francesco Conti. Katie Downes was next to take to the stage, singing Caccini’s Amarilli mia bella from Le nuove musiche.

Lower Sixth student Benjamin Sears gave a powerful performance of Schumann’s Widmung, Op.25 No.1, whilst Martha Burdon’s rendition of Roger Quilter’s Fear no more the heat o’ the Sun, Op.23 No.1 was enchanting.

To round off the evening’s entertainment, Upper Sixth students and RGS Music Scholars, Rosie Greenwood and Isabella Hulbert sang A New Life from Jekyll and Hyde, The Musical and Bellini’s Oh! quante volte from I Capuleti et Montecchi respectively.

All performances were extremely polished and professional, with pupils singing from memory and against the impressive backdrop of the grandeur of the school’s Perrins Hall, the occasion was a treat to behold.

Teacher of Music, Claire Spencer, said: “It is wonderful to be able to showcase the incredible talent we have here at RGS Worcester at this Vocal Recital. The pupils have worked so hard to hone their performances, and they all performed brilliantly – congratulations to all!”

An audience member remarked: “A powerhouse of talent! It’s always a privilege to attend musical events at RGS and what a sophisticated repertoire we were treated to tonight!”

Well done to all who performed. 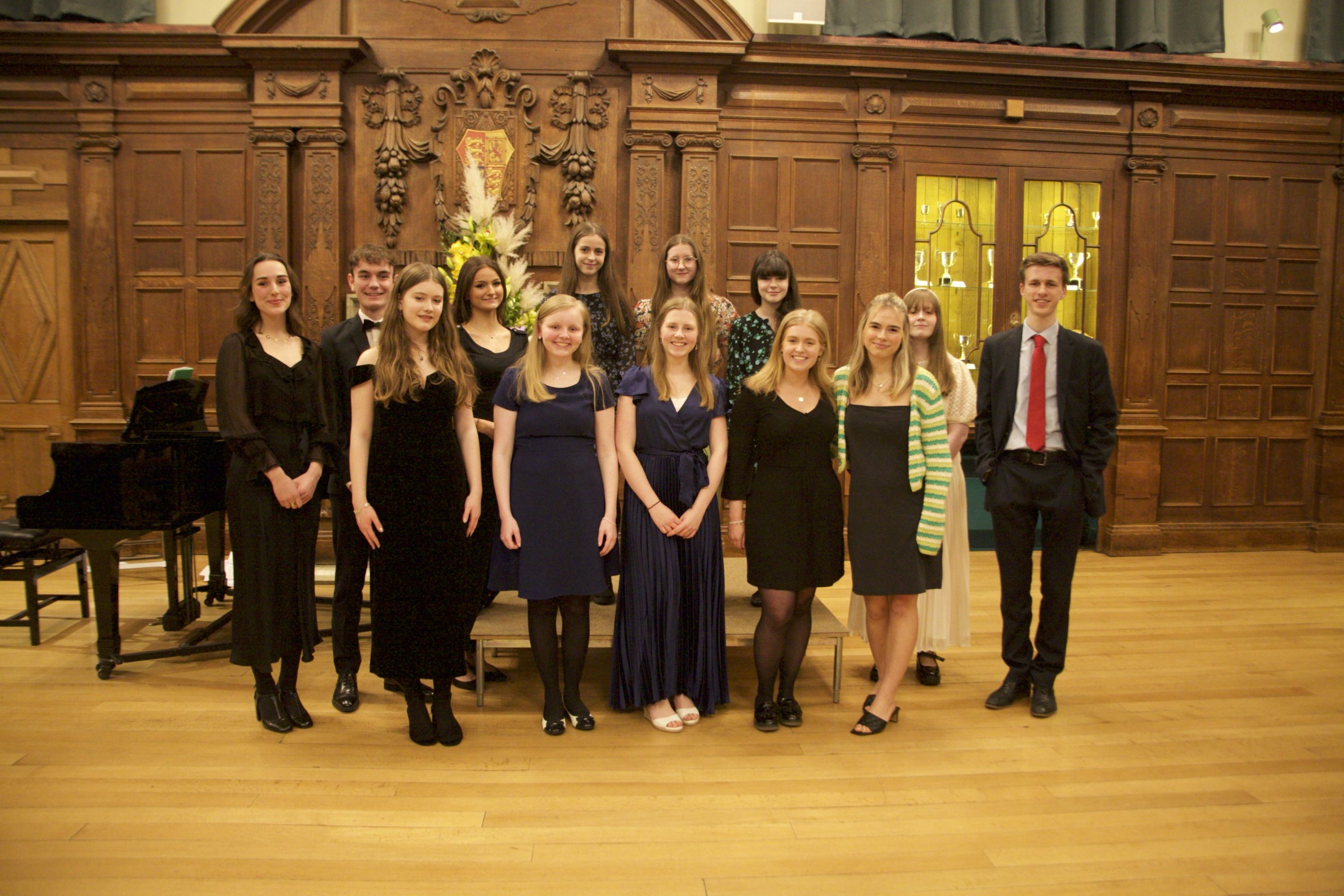