Congratulations to RGS pupil and talented Cricketer Thomas Odell, who took career best figures of 8 wickets for 48 runs in 10 overs while playing in a winning cause for Bewdley Men’s 2nd XI against Lye last weekend. In his previous game for the club, Thomas had completed his first ever five wicket haul, recording 5 wickets for 83 runs. As a result of this, Thomas is currently the joint leading wicket taker in Division Four of the Worcestershire County Cricket League.

Thomas’ achievements are particularly impressive as he is heading the statistics in the men’s league at the age of just 14, whilst also playing his part in his Year group’s RGS Worcester Cricket Team.

Director of Sport, Mr Gareth Roots congratulated Thomas and said, “To achieve such economical figures whilst taking regular wickets, against players with much more experience than him is a very impressive feat. RGS hopes Thomas can continue his good form in his upcoming school matches!”

During his wicket taking exploits, Thomas has been on a hat-trick three times, and his next target is to convert one of these. We wish Thomas the very best in reaching this next milestone in his cricketing career. 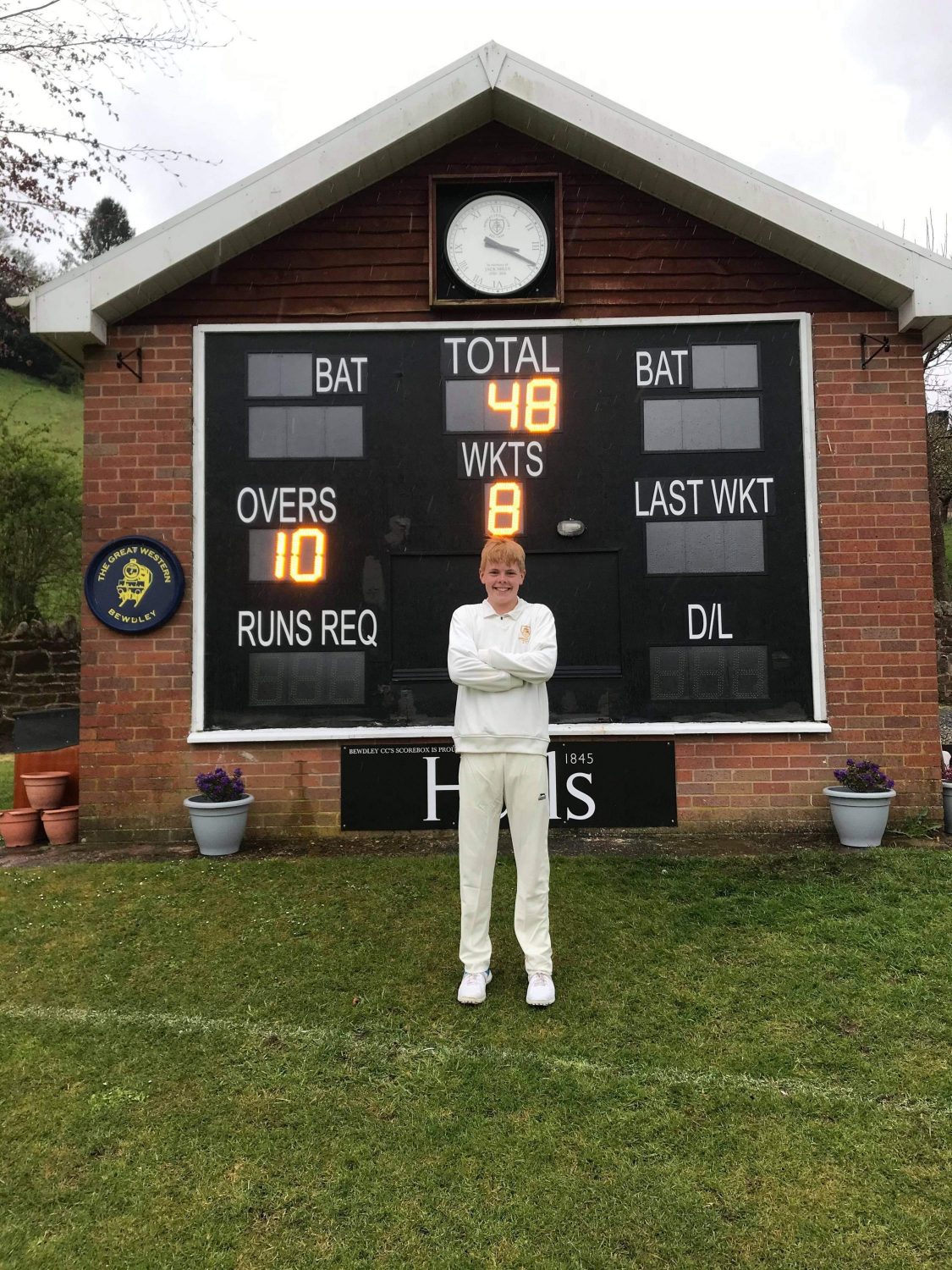