House: Results are in!

This Trinity term has been a very close contest between all four Houses, with Elgar making a strong claim for the Trinity trophy and some tough talking between the House Leaders across the 16 events. Elgar had a term of opposites by either coming first or fourth in the majority of events, whereas the other three Houses were much more consistent, meaning that the Trinity term ended up being a closely fought campaign with Tennis being the final decider. Special thanks go to all involved, and especially those members of staff who have organised and led events. The House Competition would not work without you. We also wish Dr Davison the best of luck as she departs on maternity leave and hands over the Wylde reins to Mr Leeds. Please see the final End of Term assembly for the breakdown of events and winners from the Trinity term. This can also be found at the bottom of this report. Below are the individual House Reports from our House Leaders. 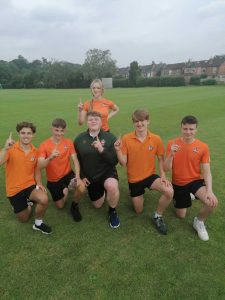 Elgar always does well in the Trinity Term House events, and the summer of 2021 proved to be no exception. Zac Johnson led the charge with an outstanding film using special effects and IT wizardry, winning the competition. This was shortly followed by Rachel Crookall with a well-constructed and imaginative Lego build, where the DeLorean time machine from ‘Back to the Future’ was recreated spectacularly. Annabelle Howarth captained the Spelling Bee team to victory and the Junior Dance team achieved a commendable second place. An immense performance by all Elgar Athletes during Sports Week culminated in Elgar collecting the most House points for the week and, as a result, with one competition to come, were favourites to pick up the Trinity Term cup. Well done and thank you to all Elgarians for your commitment and participation to the cause. May we also thank our outgoing House Captains of Lyra Hancock, and Honesty Shaw-Young who have been a great addition. 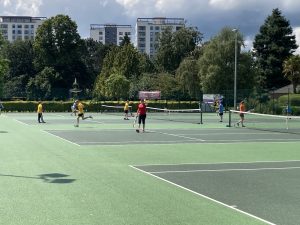 Ottley ended the year with a number of impressive individual and team performances. The highlight in the Trinity term has undoubtedly been the amazing Year Eight dancers who were triumphant in the Junior competition with their 80’s inspired routine which wowed the judges. It was also a summer of success in a range of other events, with second place finishes in Mathematics, Cricket, Lego Building and the inaugural Spelling Bee. With only Sports Week and Tennis to come, we were determined to cement second spot in the overall standings and put pressure on the leaders! With a good 3rd place effort in Sports Week we gave ourselves a lot to do with Tennis, but our outstanding team took first place. A special shout out also needs to go to our amazing House Captains Heini Hughes and Dafydd MacDonald, who have worked hard, despite restrictions to be the role models that I hoped they would be. On behalf of Ottley, thank you! 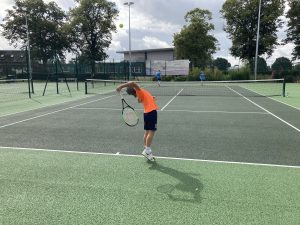 After victory in the Lent term, Whiteladies kept the overall lead in the House competition but with so many points up for grabs, especially with the year group Sports Week events, there was no room for complacency. Solid finishes in Mathematics, Film Making and the Spelling Bee as well as a superb entry for Junior Dance from Eden Williamson, Henry Kilburn and Izzy Yarwood kept the points ticking over. We said goodbye in the second Half term to the Upper Sixth, including our excellent House Captains Josh and Ella, and Whiteladies’ usual strength in team sports came to the fore again with a win and a second place in both Cricket events. As always it left us with a grandstand finish entering Sports Week, hoping the Whiteladies athletes and Tennis players could take us over the line and keep Ottley, Elgar and Wylde at bay and bring the House Cup home! 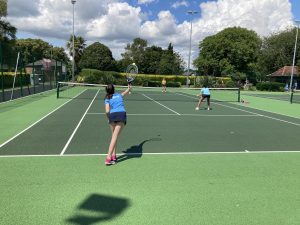 The Trinity term has been one of highs and lows for Wylde, with some narrow misses and some fantastic performances along the way. Our Year Seven pupils have continued to impress with their team spirit and preparedness to get involved, and the Year Seven House Dance team had lots of fun putting together their routine to classic 80’s tracks. The whole year group, along with Year Eight, also put in a fantastic performance in House Cricket in its new format, winning an impressive victory for the Juniors. A big well done should also go to Zac, Pacey, Sihan and Anya for a mighty performance in House Mathematics, where we secured a strong victory. Sports Week has marked a positive end to a challenging year, and the whole House rose to the occasion, showing great determination and spirit. A particular congratulations should go to the Senior Boys, who won their round by a huge margin – well done! A huge shout also needs to go to our Tennis players. Our House Captains Charlotte and Cameron have been a great source of motivation this year and have worked tirelessly to organise teams and support competitors, as well as stepping into the breach themselves on numerous occasions and taking part in a range of events. They have impressed in every way this year and I am sure we all want to wish them, and the rest of the departing Upper Sixth, all the best of luck for the future.

On behalf of the House System, may we also take this opportunity to once again wish Dr Davison the best for mini-Davison’s safe arrival, and to welcome Mr Leeds as House Leader for Wylde. Can we also congratulate and welcome our new House Captains to the House Leadership team. For Elgar we welcome Summer Green and Scott Mortimer. For Ottley we welcome Robbie May and Molly O’Connell. For Whiteladies we welcome Aaron Lad and Kathryn Shaw, and for Wylde, Mia Andrews and Lucy Newton.

And now for the final results:

The Trinity term results are: