With the return to competitive sports once again this term, we have seen pupils flourish in the enjoyment gained from participating and being part of a team. As well as representing their School, many of our pupils follow their love of sport outside the classroom, participating in competitions and events. Many congratulations go to the following RGS pupils from Year Eight, who have excelled in Sporting Achievements this term:

Congratulations to Year Eight Pupil Theo and his Tennis partner Callum, who won a Grade 4, Under 14 Doubles Tennis event at Rugby Lawn Tennis Club in September.

The pair quickly settled into some good doubles patterns, winning their first two matches, qualifying and going on to win the final. This success came just a month after Theo and former RGS pupil Macy Denney-Richards became the 2021 Herefordshire & Worcestershire Under 14 Mixed Doubles County Champions. 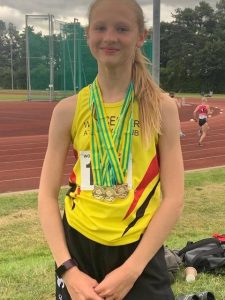 Well done to Year Eight pupil Daisy who achieved not one, but three Gold Medals at the Worcestershire County Championships over the summer. Giving a strong performance, Daisy surpassed her personal best in three events, finishing First in Hurdles (12.98), High Jump (1.30m), and Shot Put (7.05m). 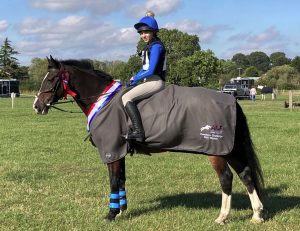 Keen equestrian and Year Eight pupil, Hannah, won the Final of the 2021 Ace Cross Country Eventer Challenge Championships in Tewkesbury last month. Hannah qualified for the Championships earlier in the year, and as it was an open event, was competing against a large field of adults. Very well done, Hannah!