Advanced Billingham explores: ‘The Controversies of the British Empire’

As the RGS Billingham Society continues to enrich and inspire our pupils, the Advanced Billingham Society challenged pupils in Years Eleven to Upper Sixth recently to consider the topic: ‘The Controversies of the British Empire’. Please do read the following summary of the talk, written by RGS Lower Sixth Form Student, Isaac McManus.

“’The Controversies of the British Empire’ talk was led by RGS Head of History & Politics, Miss Waller. In the talk, we were provided with an introduction to the multitudinous questions surrounding the British Empire, a period of history which has become a battleground of today’s culture wars. Moreover, it evokes such passionate responses as historians and activists in turn condemn and defend an institution, which spanned several centuries of global history. Starting with a brief history of the empire; from its precursors in Elizabethan England, its birth in the 1600s and its death in the mid-to-late 20th century, as well as an acknowledgment of how one Billingham session could never be enough time to address the wide range of questions raised by such a massive organisation, Miss Waller then directed our attention to the issues surrounding race and the British Empire, particularly the pseudoscientific basis of this in the nineteenth century, as well as the paternalism often used to justify Empire.

Empire definitely had much of an impact on the manner and nature of the spreading of, for example, parliamentary democracy and the rule of law, yet to what extent should this patronising tone cause us to re-evaluate any positive impacts of imperialism remains an ongoing debate. Ultimately, we are left with more questions than answers – “Is Imperialism inherently violent?”, “To what extent did the Empire produce far more harm than good?”, “What makes the British Empire different from other empires in history?” But we are left with one certainty, the British Empire, its legacy and the questions that it raises, remains relevant to Britain today”. 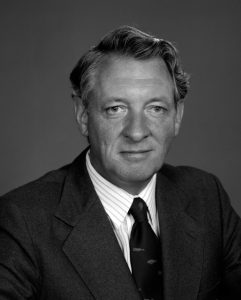 Named after the School’s eminent alumnus, Dr John Billingham, the Billingham Society offers Enrichment learning opportunities for all pupils. Dr John Billingham (1930-2013) studied at RGS Worcester between 1939 and 1947. He had a long and distinguished career in the field of science, including Chief of the Life Sciences Division at NASA Ames Research Center and Chief of the Extra-terrestrial Research Division. Dr Billingham spent his life pushing boundaries and challenging orthodox thinking through his enquiring mind – the Billingham Society encourages our pupils to do the same.