How We Have Been Helping Our Worcestershire Community

When our Worcestershire community needed us how could we not answer the call for personal protective equipment (PPE). In Batman-style, there was no stopping RGS from doing their bit. We have to admit it was with great excitement that our Design and Technology Department set to work to produce a visor that would pass muster. We discussed the community project ideas with an on-duty surgeon and an RGS parent to trial our prototype; We were on a mission to get the go-ahead.

Once we gained approval, there were other challenges to overcome, including the difficulty of sourcing polypropylene. Who knew it would become such a rare commodity? Our initial aim was to create a few hundred visors, but once we got going, we were too enthused to stop. Finally, we produced 2,500 face visors. Each visor was supplied with a headband and two front visors which could be replaced. They were labelled advising the recipient to leave them unopened for 72 hrs (the maximum time COVID-19 can survive on a hard surface) just in case they were packed or made by someone with the virus!

It has been hard to turn the machines off, and so when asked if we could support Onside Advocacy with PPE, we did not hesitate. This Worcestershire and Herefordshire based charity support vulnerable people disadvantaged by disability, mental ill-health and learning difficulties and the visors we provided were able to be used by advocates and carers.

In addition to the visors, we produced 120 sets of scrubs, 50 scrub bags and 338 goggles for the NHS, helping our Worcestershire community. The Textiles Department joined the Project 3000 and worked tirelessly with their sewing machines going at full throttle throughout lockdown, and pupils and teachers made face masks and headbands.

How did we support the Worcestershire community?

In other news, we loaned 20 iPads to the Droitwich Spa Meeting Centre who support people with dementia and their families. This charity helps people to adjust to their changing situation as a result of this illness, providing emotional benefits through music, photographs and films, supporting Worcestershire community improvement.

On the front line, our Sixth Form student Lottie Jones got involved in the community volunteering at Worcester Hospital checking patients’ temperatures at the door to protect the Amber Zone from infection.

And then there was the ongoing fun of fundraising and people across England pushing themselves to their limits all to raise funds.  Climbing stairs was a substitute for climbing mountains, and the inspiration of Captain Sir Tom Moore and the speed at which our population dipped their hands into their pockets, was truly unbelievable.  Is it wrong to say we took a little enjoyment from seeing our teachers push their comfort limits too? Madame Cantin, our French teacher at RGS The Grange, openly admitted that she does not enjoy running. Elle n’aime pas courir quand il fait trop froid, trop chaud, quand il y a du vent, quand il pleut, quand elle est fatiguée et quand elle se sent paresseuse. If it has been a long time since you used French, we are sure your children can assist, having watched Madame Cantin’s regular updates throughout May in French. In support of the NHS and helping our Worcester community, she ran 100 slightly hard-won miles, bumping into many of you along the way, including Mr Hughes on his daily constitutional bike ride, and raising £700 for NHS charities.

Dr Andrews completed her 26k cross-trainer challenge in her summer house. We believe this is not the same type of summer house that has hit the news heavily recently, but rather a small wooden construction at the bottom of the garden. She raised £1,896 for CLIC Sargent, a charity that supports young cancer patients.

Our Rowing connoisseur, Mrs Sullivan, is so dedicated she has a rowing machine in her house and took to it to complete a 26k row raising £1,192 in support of the Myriad Centre. This charity offers tailored, person-centred support programmes for people with profound and multiple learning disabilities. As always, she had a smile on her face throughout and not a bead of sweat on her brow.

Our Hockey team played a beauty, running 900km over 14 days, greater than the initially set distance from RGS Worcester to Lee Valley Olympic Hockey Stadium, where they one day hope to play. They raised £1,255,  helping our Worcester community through supporting Worcestershire Acute Hospitals, and were thrilled to get a mention on the England Hockey website.

We hosted a Worcester Community Trust fun run at RGS The Grange; our Sixth Formers raised funds for one of our chosen charities Worcester Snoezelen and all in all during ‘lockdown’ we raised £5,000 for charitable causes across all four schools.

Freddie Ammonds, Year Eight, joined many, including the Worcester County Cricket Club players, running in May as part of the Rapids Relay to raise money for our local children’s hospice, Acorns.

Community for us does not only mean the wider world, the community is wherever you feel cared for and supported. Home is where the heart is, and we hope that the RGS Family of Schools will always be your second home. As we sang ‘Over the Rainbow’ in support of the NHS, we looked forward to brighter more colourful times when we can all be together because, as you can see from all the videos, your teachers and staff at all four schools have missed the hustle and bustle of having you around. We hung our banners showing support of NHS workers, carers and key workers outside of our schools with pride. RGS Dodderhill pupil Izzy, Year Six sang ‘You’ve got a friend in me’ and that has never been truer, we have been reminded how important it is to be a friend to each other. And until we can all once again be close RGS Springfield’s Mrs Carr has given her pupils a Hedgehog so that they can have ‘hedgehugs’, because we all need a hug now and then.

RGS Worcester Family of Schools is proud to be green, proud to be part of an amazing community and proud to unite and support where and when we can. We are reputedly the sixth oldest school in the world, and being part of the historic city of Worcester means we will continue to help the Worcestershire community and enjoy being a part of it for many years to come.

A short film made by staff, parents and pupils 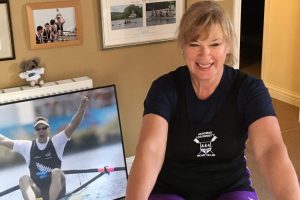 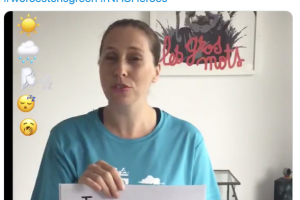 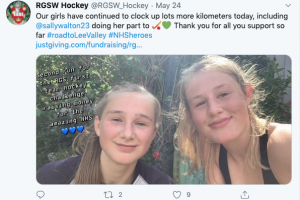 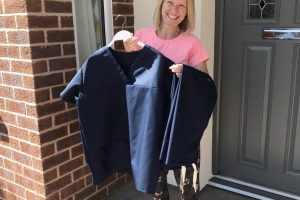