Success in Archery, Tennis, Netball and Acting for our Pupils! 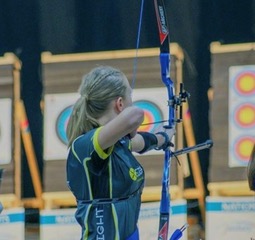 With nearly 300 Juniors converging from all parts of the UK, including Scotland and Northern Ireland, there was going to be some fierce competition.

In the indoor winter season, every archer irrelevant of age or gender, shoots at the same distance of 18 metres and the targets are just 30cm diameter.

Emelia shot superbly, her resilience shone through, and she did not seem at all daunted whilst competing alongside a regular Great Britain Junior. Remarkably, in her round which consisted of 60 arrows, she hit Gold with 48 of them!

Whilst disappointed not to have made the podium, she was ecstatic to have finished 4th out of 40 archers in the Under 14 age group and an incredible 13th overall, which included archers some 4 years older.

Having only taken up the sport 2 years ago, and only competed for the past 12 months, she has already represented Worcestershire and the West Midlands Region.  She is currently part of the National Talent Development Programme with Archery GB and now aspires to make it into the full Junior GB squad. Congratulations Emelia! 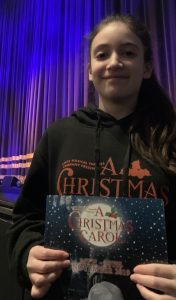 Hope Bradley, Year Seven, has just finished a successful series of shows to sell out audience at The Alexandra Theatre Birmingham in ‘A Christmas Carol’ with Birmingham’s BMOS Musical Theatre Company which has a long and distinguished history.

Hope has been working hard rehearsing in Birmingham since June 2019 with plenty of late nights and weekend. This is her second show with BMOS as previously she performed Miracle on 34th Street in 2017 at the same venue.

She undertook the role in the children’s ensemble working alongside an extremely experienced cast, director and choreographer, as well as a full piece accompanying orchestra. The show was full of special effects and even had the ghost of Jacob Marley suspended above the stage.

Hope has been involved in stage performances since the age of three and has done numerous local productions. She has worked professionally with Bradley Walsh and Martin Kemp in ‘Peter Pan’ at The Arena Birmingham and earlier this year she sang with the Opera Boys. She also undertook the challenging role of Scout Finch in the stage production of ‘To Kill a Mockingbird’ at the age of eight.

Congratulations Hope and you can read more via the below link: 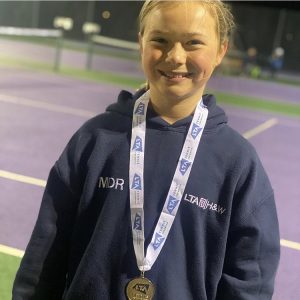 Last week, Macy Denney-Richards, Year Seven, played Tennis with some great results. On Saturday she won an Under 12 Grade 4 doubles tournament and on Sunday played for the county in Corby, winning her rubber matches against Bedfordshire and Cambridgeshire and just losing out to Nottinghamshire. Well done Macy!

What is a Rubber Match?

Rubber match (plural rubber matches) is a sporting event at the end of a series in which the opponents are tied in terms of events won and lost. 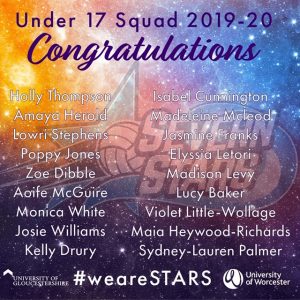 Congratulations to our RGS Worcester Netballers Elyssia Letori, Year Ten, and Madeleine McLeod, Year Eleven. It was announced earlier this week that they have been selected for the Severn Stars Under 17 Long Squad. Well done, girls.