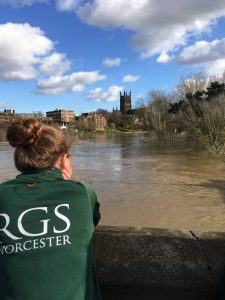 Viewers tuning in to the national news over half term may have spotted the RGS Worcester Boat House in the background as Defra Environment Minister, Rebecca Pow, surveyed the floods from Sabrina Bridge. Worcestershire is in the national spotlight with flood levels at their highest since 2000 and set to break records (again).

For the Rowing squads, the flooding has cut a swathe through fixtures and decimated the training programme, while Rowing staff have been glued to the flood forecasts and on-call to move equipment to safety.

“The current floods have been very challenging” says Head of Rowing, Mrs Jane Sullivan. “On the Thursday before half term, with Storm Ciara looming, we cancelled training sessions and called for all hands on deck to move some of our boats out. Our senior Rowers responded magnificently loading boats onto the trailer to relocate to The Grange.”

Motor launches were moved off-site, and the School’s fleet of training boats has taken up residence in the Senior School as the river has been too volatile to coach beginners this season.

The floodwaters arrived very quickly during Storm Dennis and receded the following weekend. On Monday morning this week, the Rowing staff went into the boathouse to survey any damage and to move any further equipment out as the forecast was for even higher water levels. “As we worked we were constantly monitoring the river levels and when the water reached the edge of the boathouse we deemed it too dangerous to continue and left the building” says Mrs Sullivan.

The flood forecasts from the Environment Agency (EA) have proved invaluable. “Without the accurate river level predictions from the EA I think we would have struggled to save our equipment” says Mrs Sullivan. “I receive text alerts from the EA and that allows me to decide on whether we need to take action. So far, the predictions have been pretty accurate.”

With the whole of the River Severn being flooded, Rowing clubs and schools have been pulling together to help each other.

“Worcester Rowing Club members have helped us in the boathouse and Wycliffe College has offered their facilities to train during half term” says Mrs Sullivan. “We have received so many messages of support and encouragement from former RGS rowers and clubs up and down the country, that we do feel very much part of a wider Rowing family. The lack of water training is having a significant impact on the rowers and our students are getting a little tired of indoor training. On the plus side, they should come out the other end much fitter and stronger, and with a keen appreciation of why it’s important to make the most of every water session that is offered to them!” 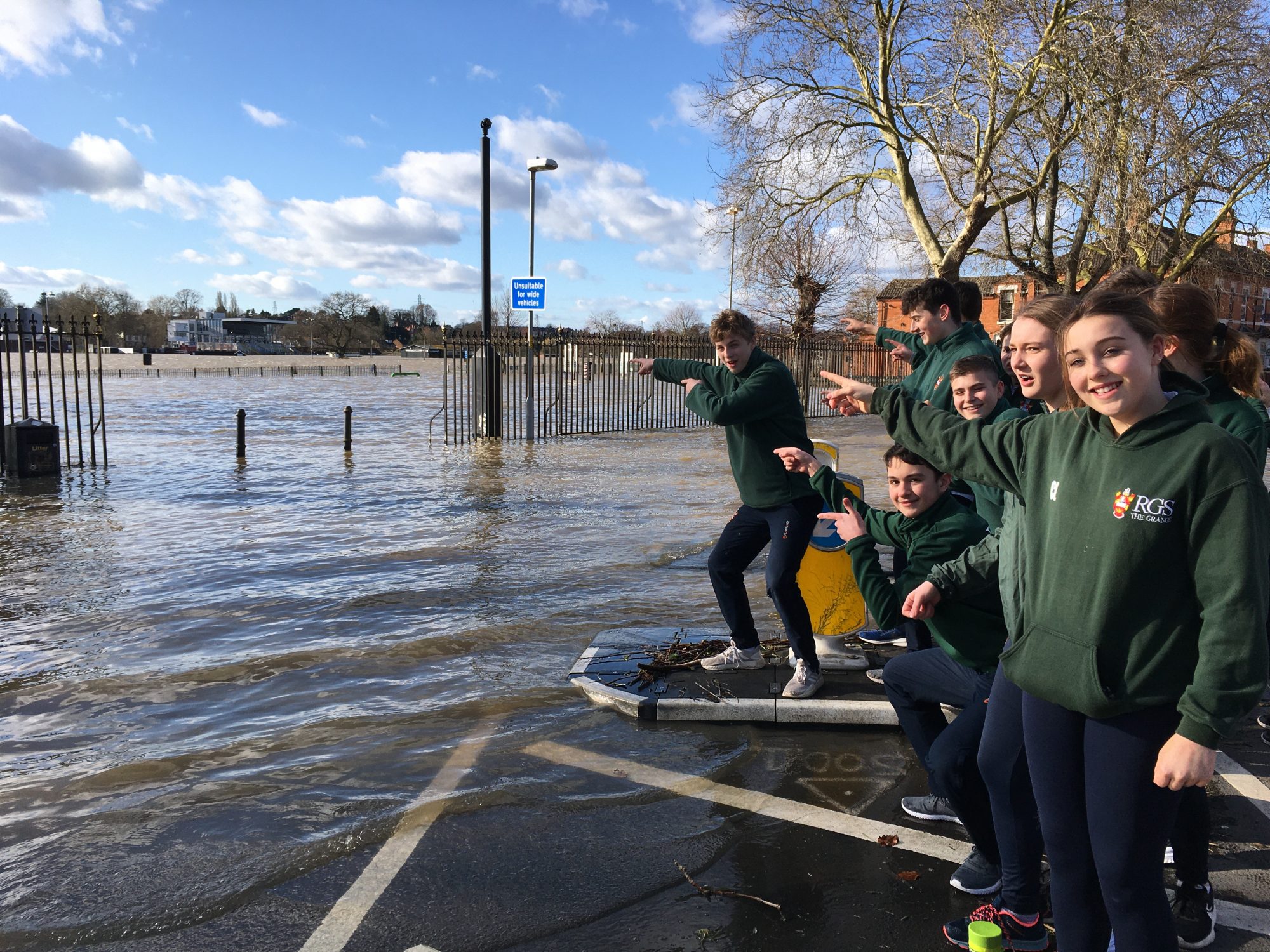 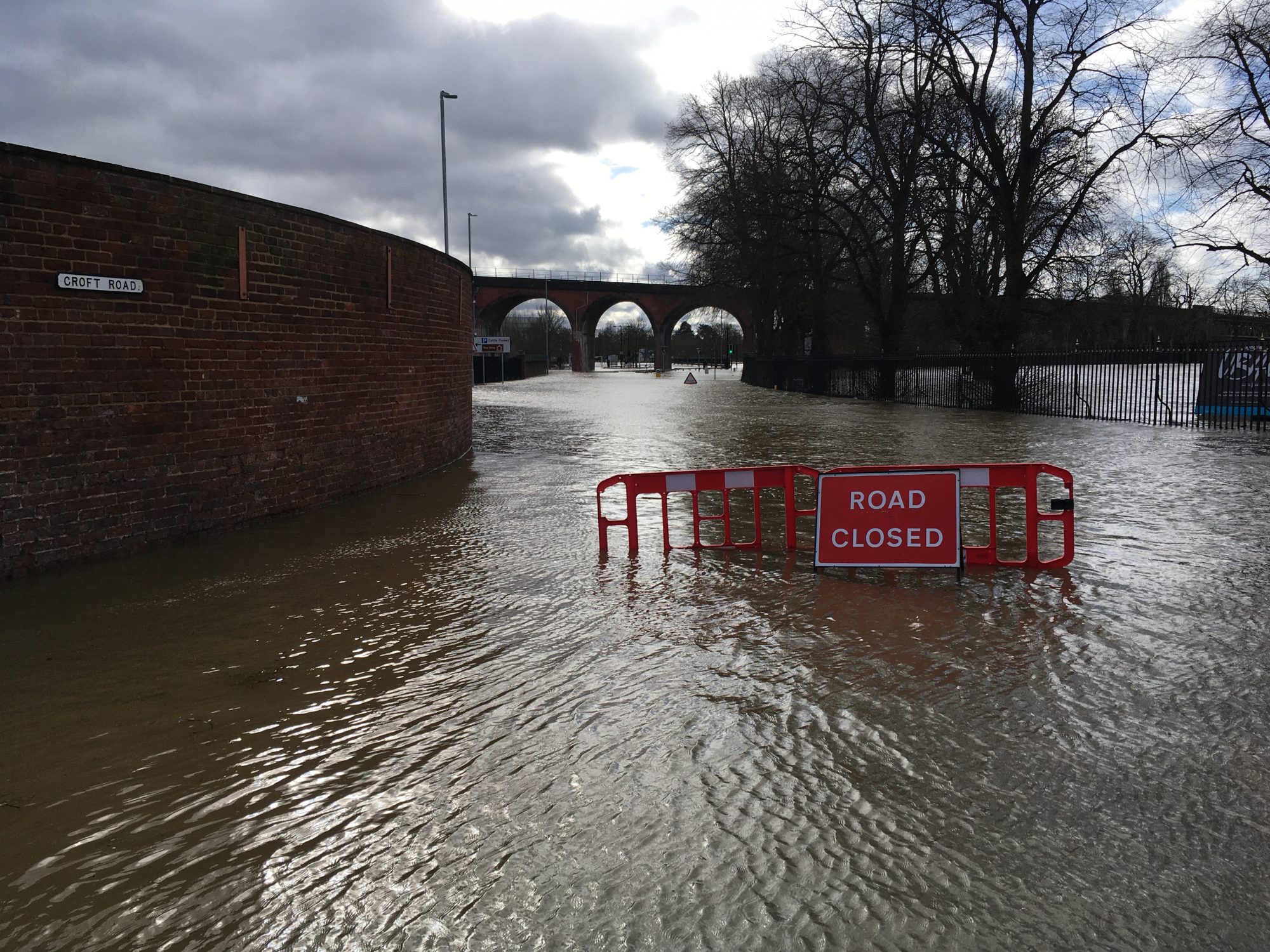