With a new season ahead of us, RGS embarked on the annual Netball and Hockey tour taking in an educational tour and insight into the facilities available at Oxford Brookes University, followed by fixtures against Wellington College and Rushmoor Netball Club. 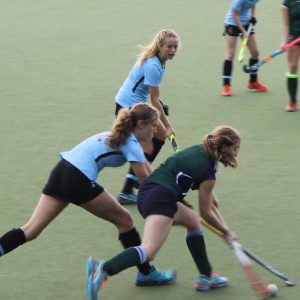 On arrival at Wellington College, Berkshire we had the opportunity to look round the Real Tennis court, which astounded the RGS pupils and coaches. We then focussed on the Hockey game ahead and the girls were prepared for a challenging game. As a mixed touring group, our players were yet to play together leading to Miss Walton reiterating the three expectations the squad needed to bring to the pitch: work rate, communication and resilience. Combined with our core principles of play and a real opportunity for the Seniors to demonstrate their own visions, values and behaviours they have created, we were excited to come up against a team who regularly make it to the national finals.

The opening exchanges were fairly even with both teams creating attacking chances. Wellington College demonstrated excellent core skills and vision, putting RGS on the back foot and scoring a quick succession of goals. During half-time the girls reflected on the objectives and discussed options for the second half. Our opponents continued to exert significant pressure and convert opportunities, being clinical in and around the goal, plus well executed penalty corner routines but it was rewarding to see emerging leaders in the young RGS team and individuals continuing to exemplify the RGS Charter for Sport.

The following day we returned to the impressive Wellington College to play against Rushmoor Netball Club. This was an opportunity for the full squad to take to the court with some new combinations, as we look to form new playing partnerships, testing the fitness of some of the players through a full game of play. In a closely contested competition the Under 18 team narrowly lost by 2 and the Under 16 team by 7. 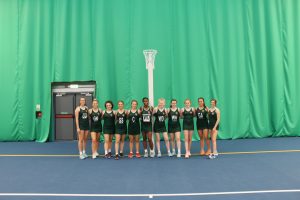 Thank you to Oxford Brookes and Wellington College for hosting RGS and giving us a great start to the season. The experience of the weekend and the opportunity for team building will stand the girls in good stead for the future.