The Junior 15 girls’ coxed quad is celebrating after winning Gold at the annual Head of the Severn River Race organised by the University of Worcester. The crew of Year Ten Rowers, Lucy Smith, Menna Sutton, Maddison Brown and Rhiannon Griffiths, coxed by Alexa Pinches, raced the 4.5km course from The Camp to the RGS Boat House in a time of 17:13 minutes, 24 seconds ahead of their rivals from King’s School and Worcester Rowing Club.

Also racing the 4.5km course were the Junior 15 boys’ octuple and the novice girls’ eight. The boys’ octuple raced well but were a little off the pace set by the Winchester College crew, although they were pleased with the improvements they had made since racing at Wycliffe College the weekend before. This was the first race for the novice girls’ eight, and the first girls’ eight RGS has raced for several years. With three complete beginners in the boat, the girls raced very well and have been inspired to race again after half term.

The fixture also provided a long course of 6km which was raced by the senior boys’ eight and a girls’ coxless quad. The senior boys’ eight had a slight change of personnel due to illness but adapted well to having a new stroke-man in Angus Day, Year Eleven. They recorded second place behind Winchester College but ahead of King’s School by 10 seconds.

The girls’ quad raced in the women’s event against crews from Exeter and Worcester Universities as there was no opposition in their age category, and were pleased to have the opportunity to race. They rowed well and used the race as a practice for the major winter races of Schools’ Head and the Junior Sculling Head in March.

Stars of the day were Oliver Bailey and Phoebe Ellis-Tait, Lower Sixth Students. Oliver coxed the Junior 15 boys’ octuple and then the boys’ eight, while Phoebe coxed the girls’ eight and then rowed as the steerswoman in the quad. The pair spent around four hours on the water and their crews were very grateful for their coxing and steering skills.

Sadly, Storm Ciara and the looming Storm Dennis have caused river levels in Worcester to rise again and this weekend’s Worcester Spring Head has been cancelled. The Rowers’ next fixture is the West Midlands Junior Rowing Championships on 1 March. 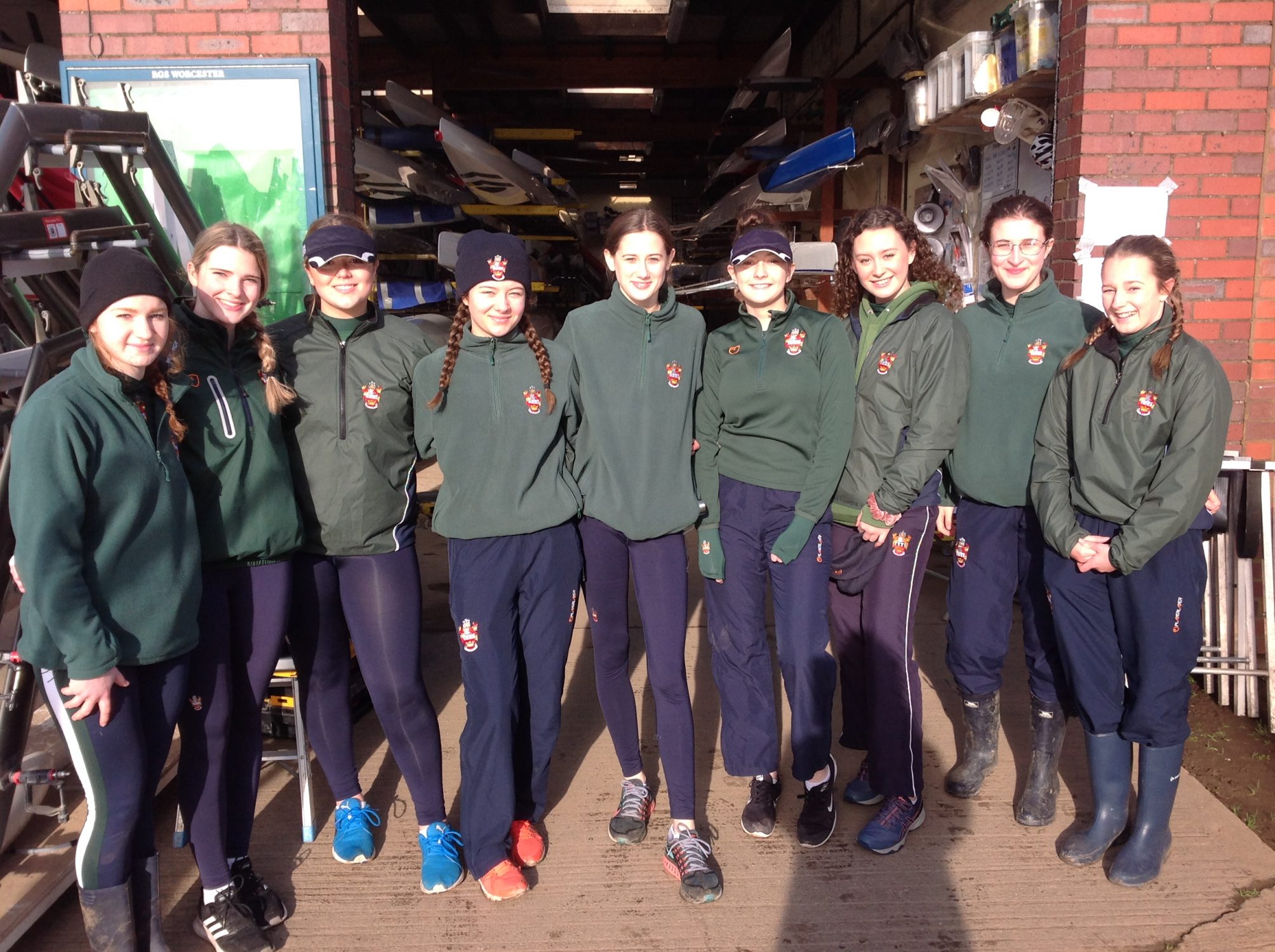 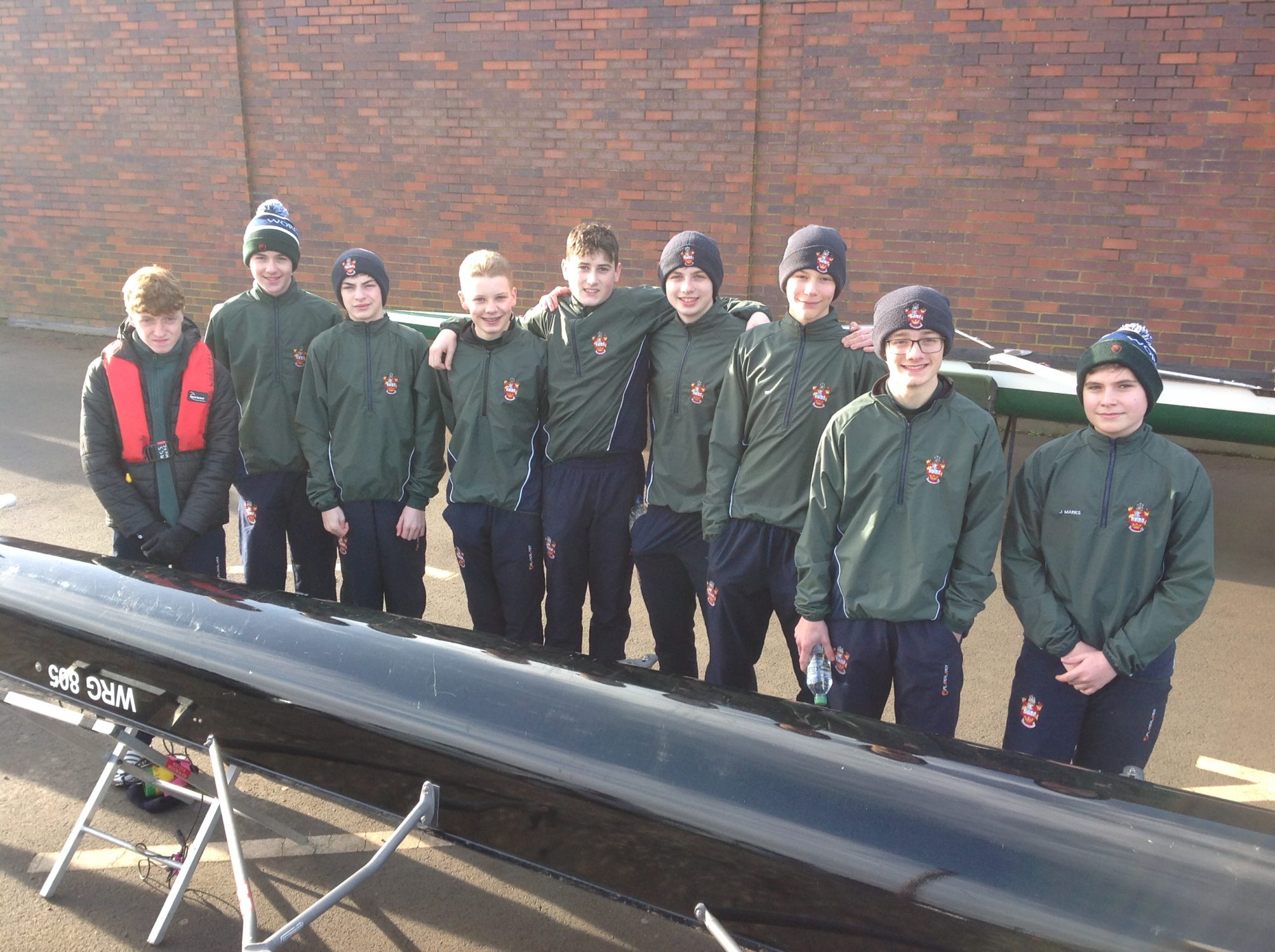 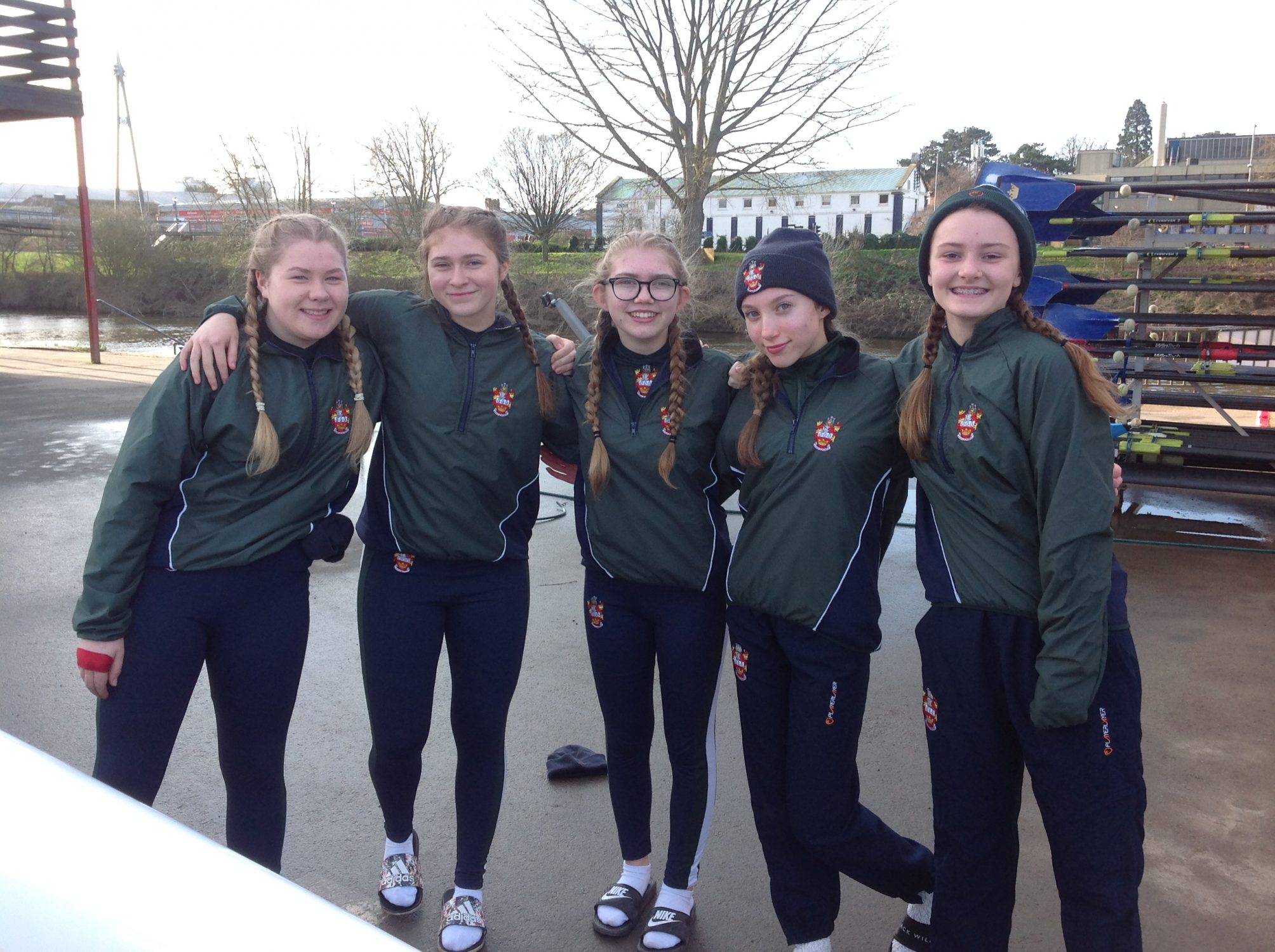