The Seniors started the competitive calendar, hosting Bloxham School at RGS The Grange. The U18A team won 12-2, displaying some high quality, selfless Hockey. The U16A had a much closer game to win 1-0. The U13A team began their season playing the first round of the Independent Schools Hockey Cup against Princethorpe College. A 3-0 win provides them with a forthcoming second round game against King’s School, Worcester. 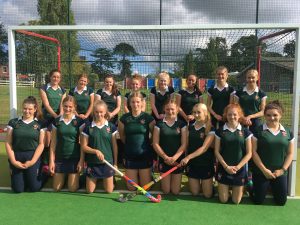 Our U16B and U14 teams will compete in county tournaments in a bid to qualify for regional and national finals, whilst the junior competitions will commence after Christmas. 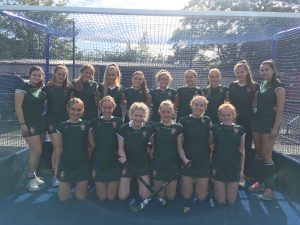 Recently, RGS Worcester has fielded U15A, U13A-D and U12A-F against Solihull School, as well as U15B playing RGS Dodderhill and U14A playing Tudor Grange Academy. From these thirteen games, eight were won, one drawn and four games lost, providing plenty of opportunity for success, learning and growing resilience. Every single Year Seven girl had the opportunity to represent RGS, with our focus for the junior teams to get every girl participating and developing their ability in line with our RGS Hockey principles, ready for moving to the eleven a-side game in Year Nine.

The Seniors are currently also playing Indoor Hockey alongside the outdoor programme in preparation for the county tournament. They have had successful fixtures against King’s High Warwick and are due to play Dean Close next, to develop further.

Boys’ Hockey is also making good progress with increased numbers attending the Friday after school session and we hope to include fixtures for them in the Lent term.

Off the pitch, we welcomed parents to our Supporters Evening in order to share our aims and philosophy. We do welcome parents to come along and support at fixtures when possible as well as watch training sessions.