The nave of Worcester Cathedral was full with an expectant congregation on Wednesday evening, ready to mark this special time of year with the RGS Worcester Carol Service. Following the traditional format of lessons and carols, the Carol Service this year featured harp accompaniment as well as the usual organ-playing by ex-RGS teacher John Wilderspin, who this year played his 40th RGS Carol Service. 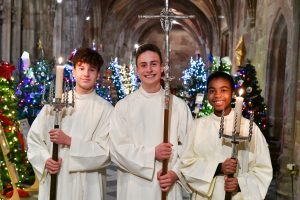 The service opened with the ‘Procession’ from Britten’s ‘Ceremony of Carols’, sung by four soprano soloists in partial darkness. This piece was the first of three from Britten’s ever-popular Christmas suite, the others being the challenging and dramatic ‘This Little Babe’, performed by the seventy-strong Junior Choir and passionately conducted by Mrs Spencer, and ‘There is No Rose’, sung by our group of talented Senior Girls who, standing in a semi-circle by the harp, sang without a conductor, truly exchanging and beguiling the congregation with Britten’s colourful and subtle harmonies. 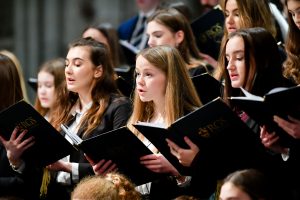 The Senior Choir offered two songs for the Service, with Lower Sixth students Tom Ehlers and Alice Ryan, and Ellie Jones, Upper Sixth, singing solos in Harold Darke’s setting of Christina Rossetti’s ‘In the Bleak Midwinter’. The Chamber Choir’s poised performance of ‘Jesus Christ The Apple Tree’ and Philip Stopford’s setting of the traditional text ‘Lully, Lulla, Lullay’ featured solos by Isabella Hulbert, Year Eleven, and Heini Hughes, Lower Sixth. Alice Ryan and Megan Wang were let loose on the snare drum and tambourine respectively in the final performed piece of the evening as the Chamber Choir came to the front of the raised staging to romp through John Gardner’s spirited setting of ‘Tomorrow Shall Be My Dancing Day’.

Daniel Foster, Year Eight, sang an opening solo ‘Once in Royal David’s City’, which was performed with purity and confidence, whilst readers read scriptural and poetic readings with sensitivity. The evening proved to be a superb culmination to the music-making at RGS this term, as well as the perfect way for the whole school community to mark this Christmastime. 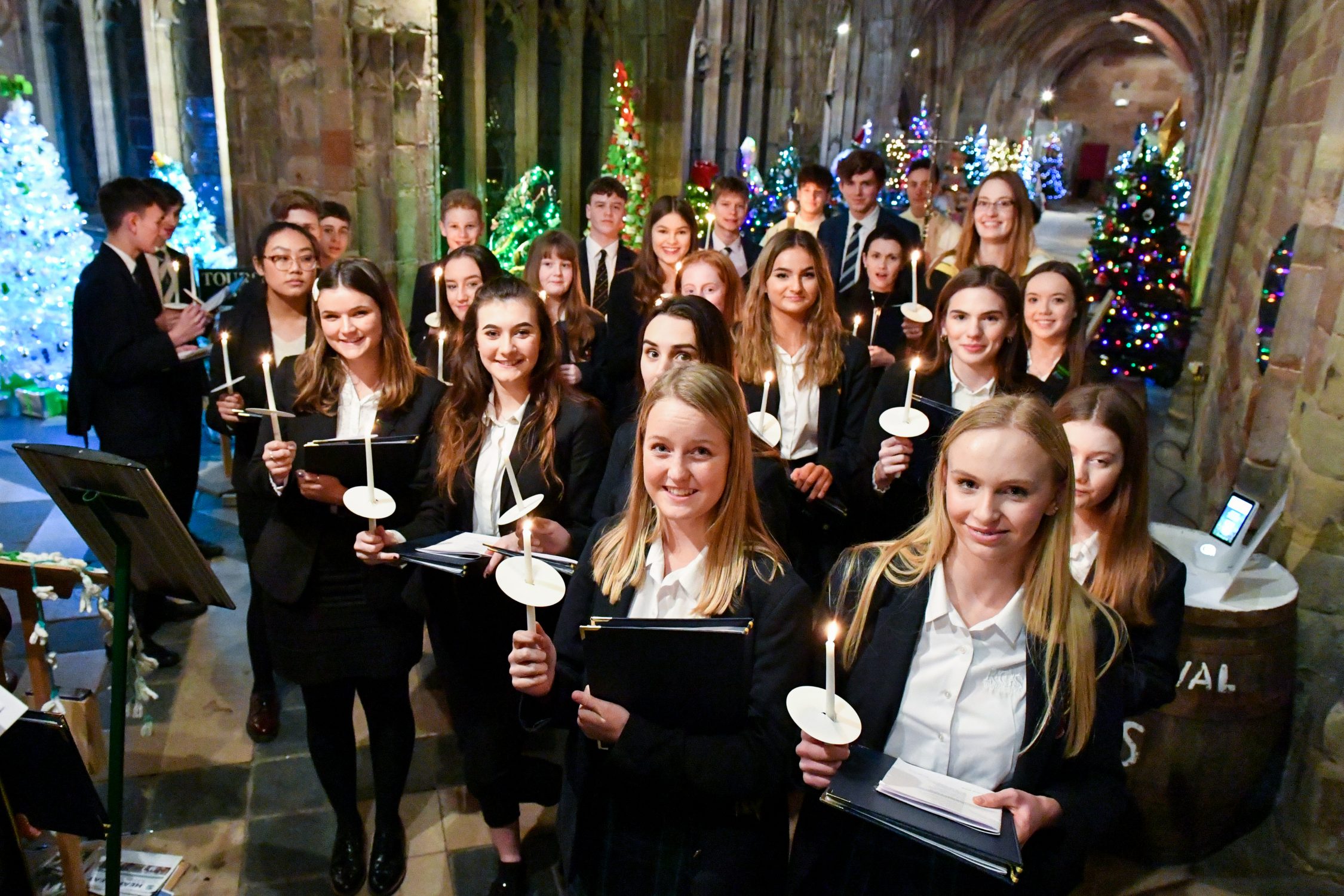 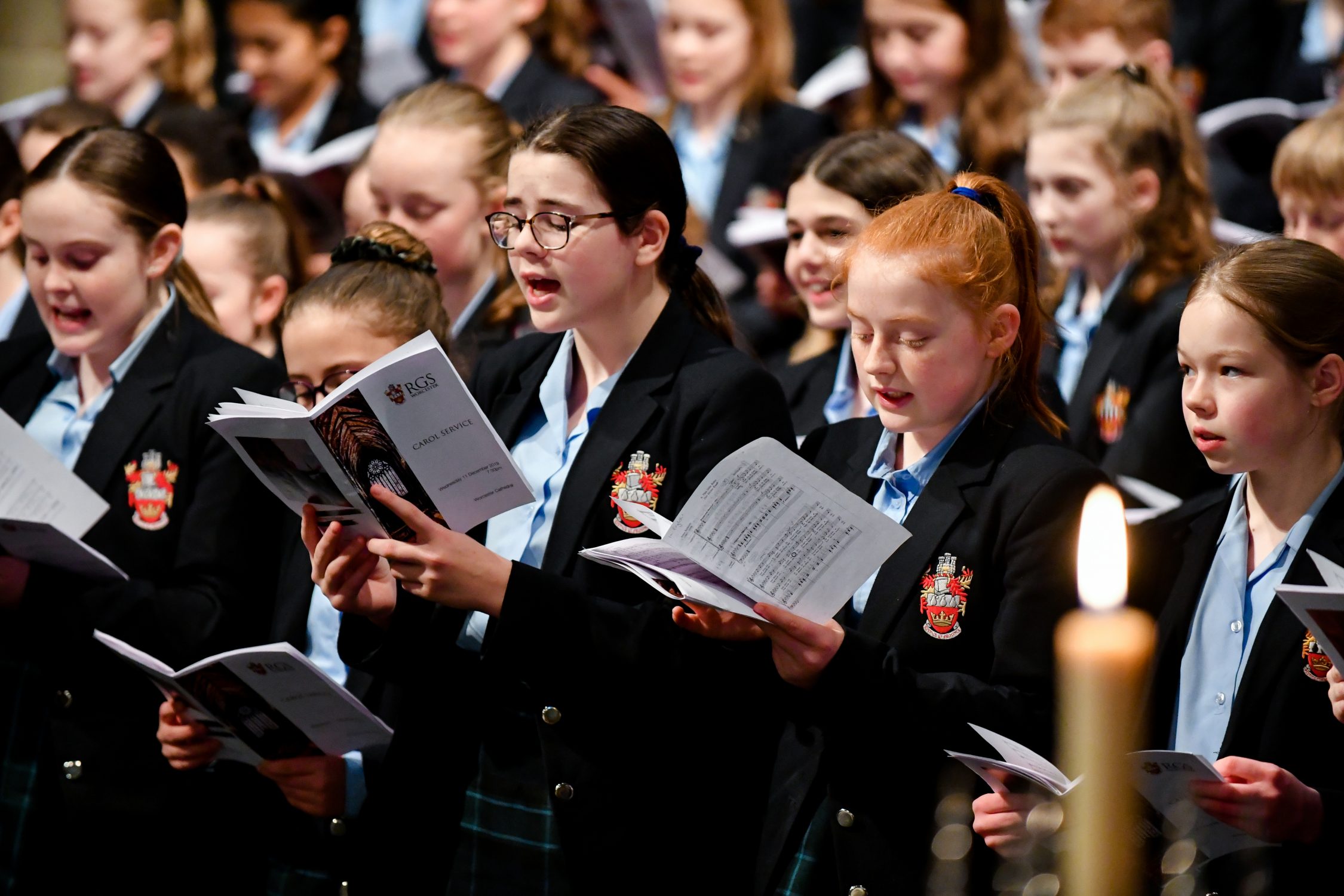 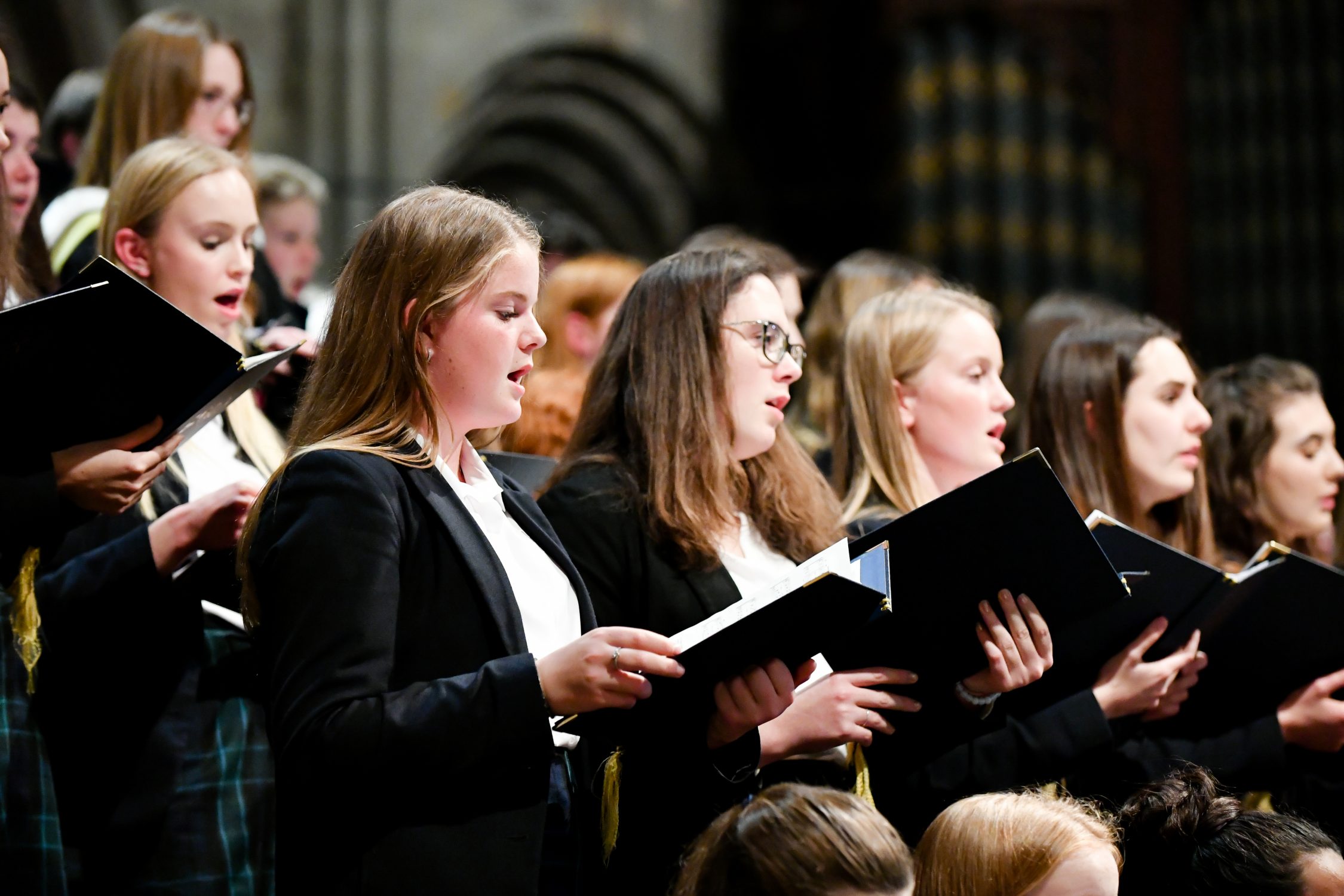 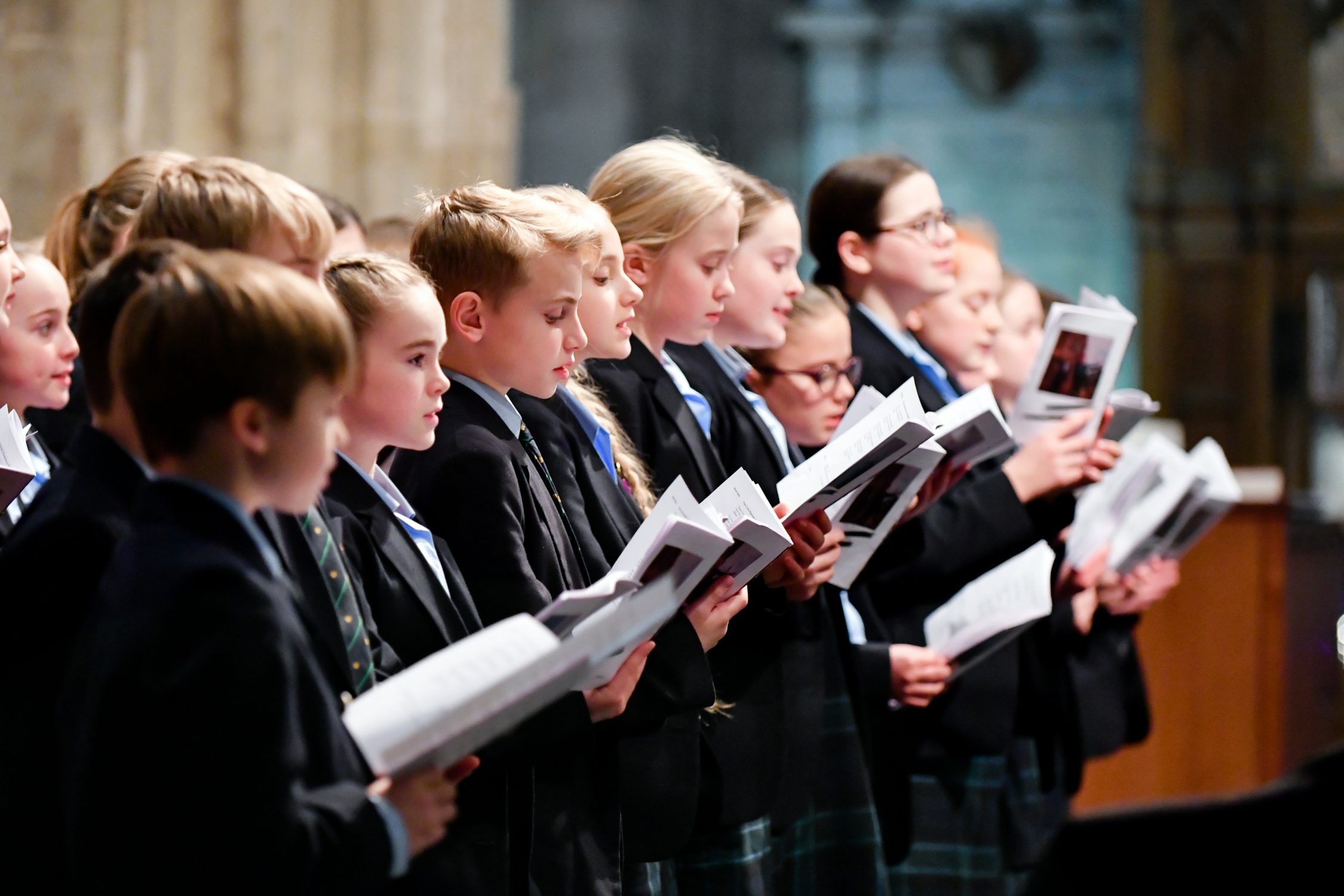 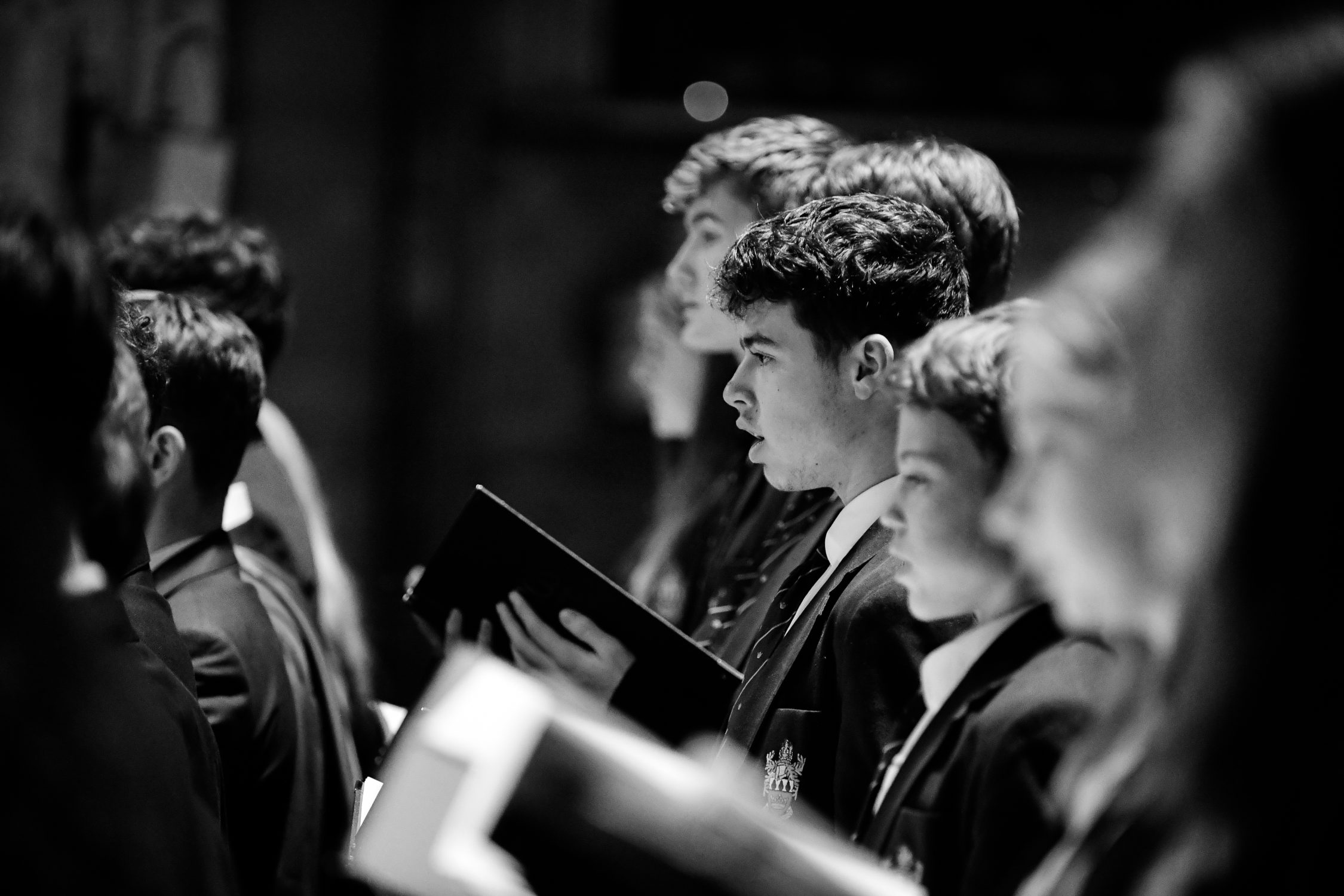 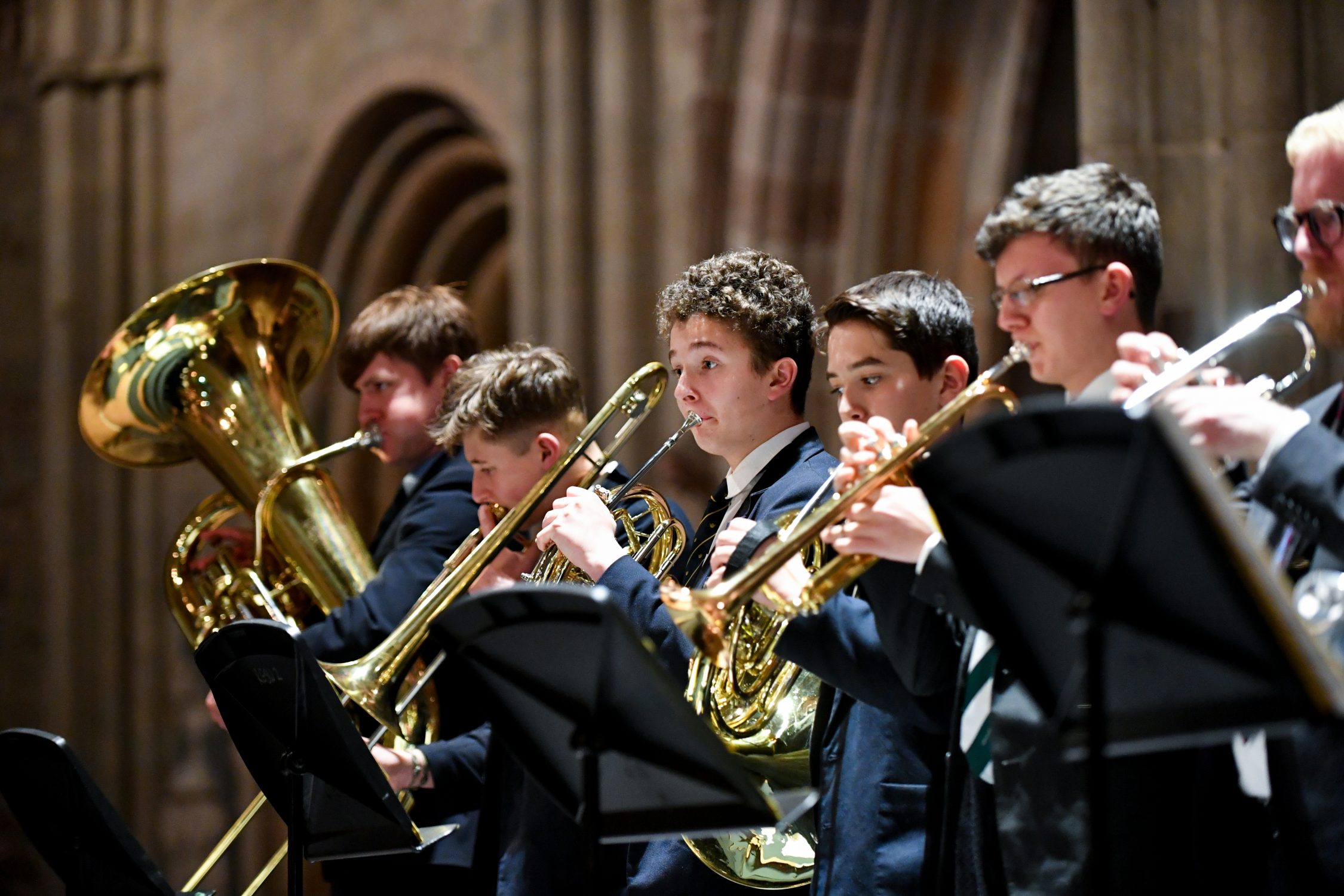 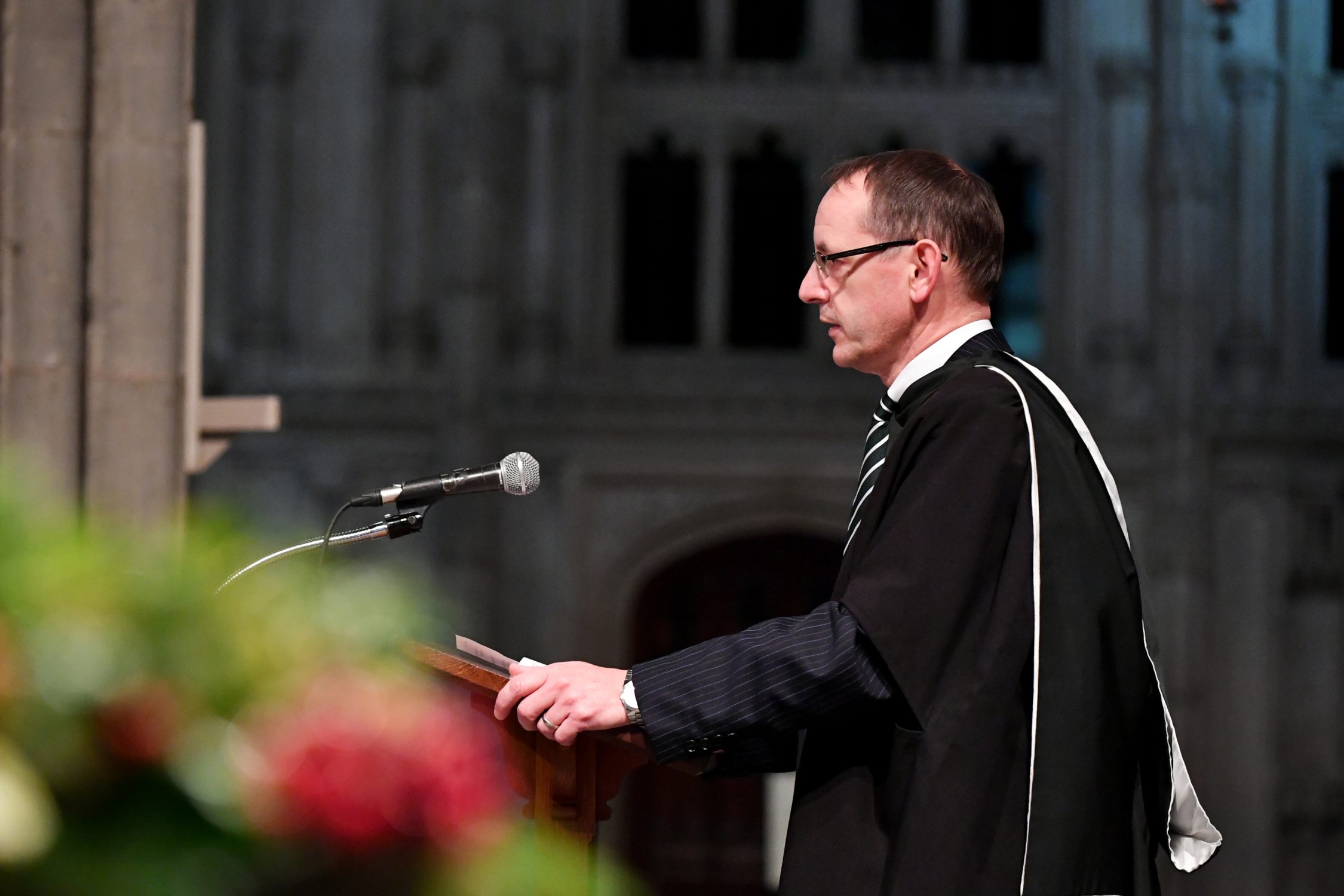 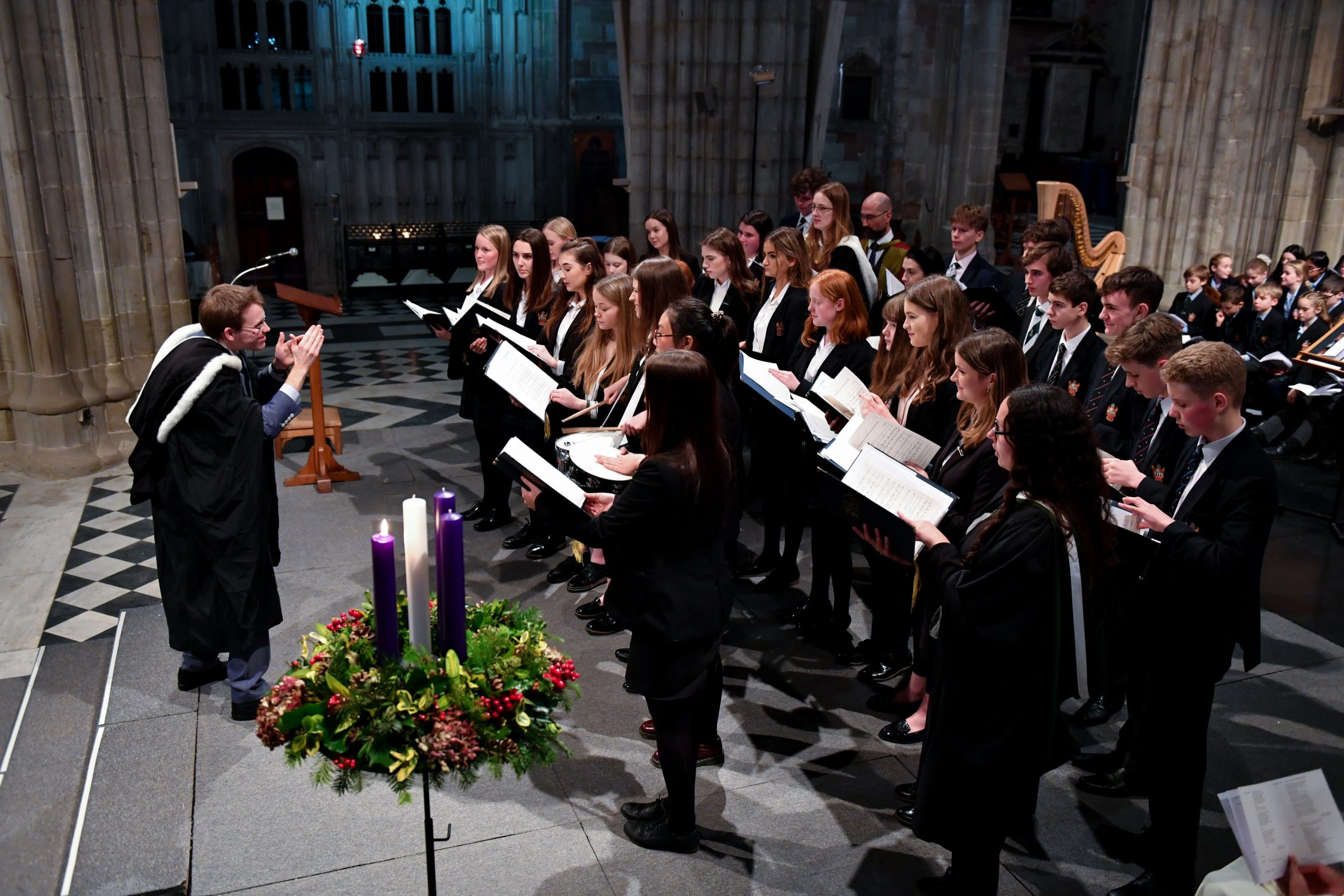 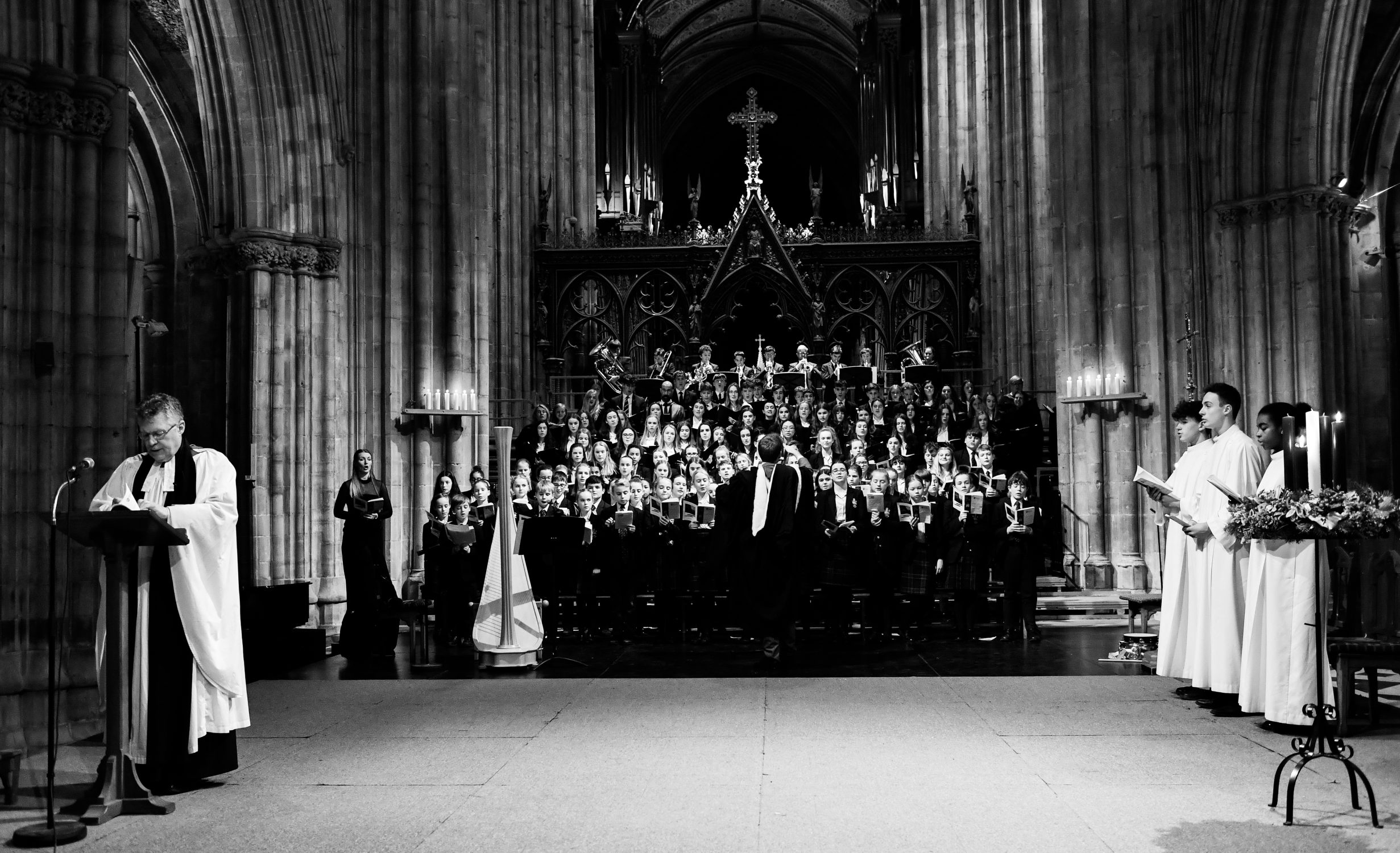 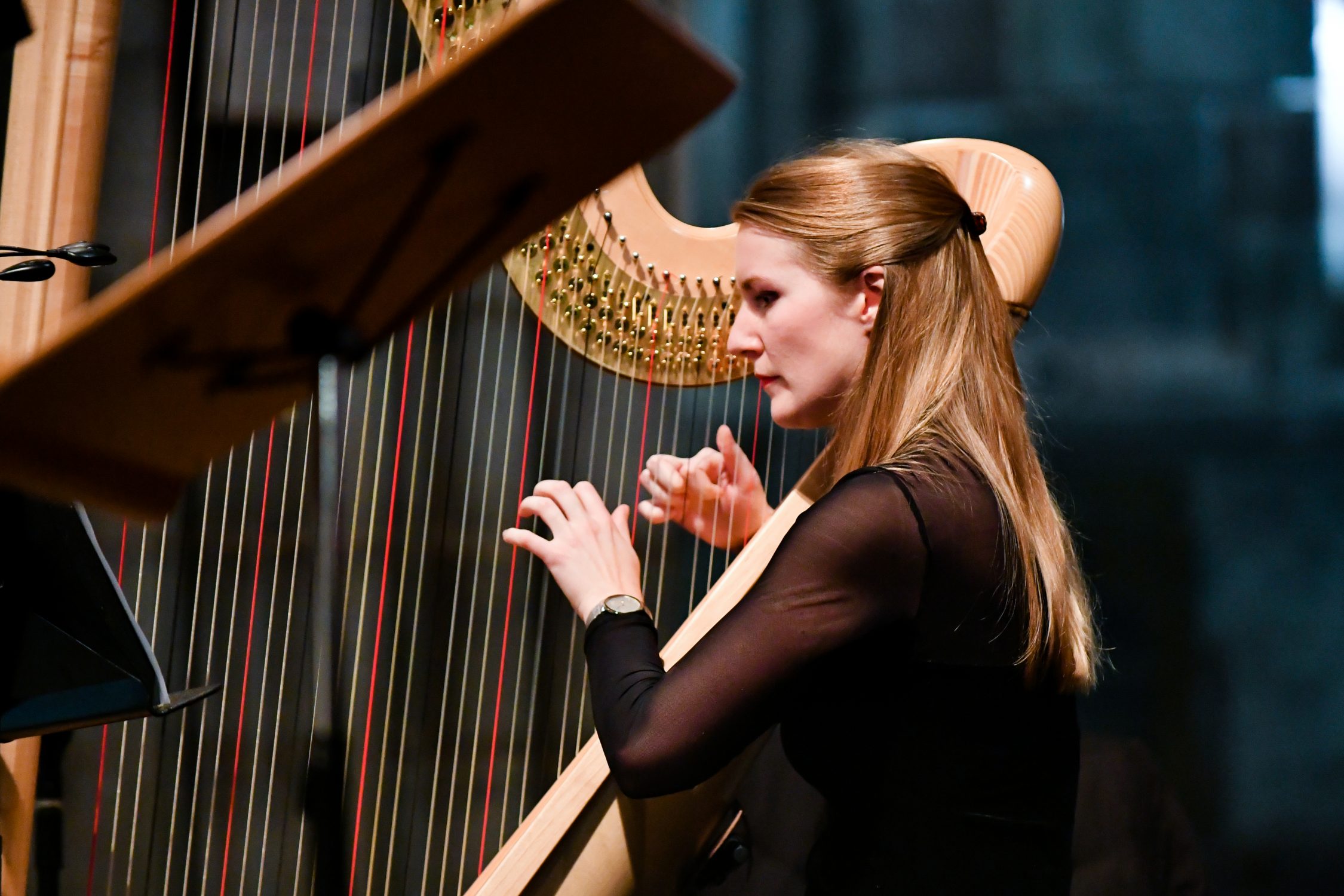 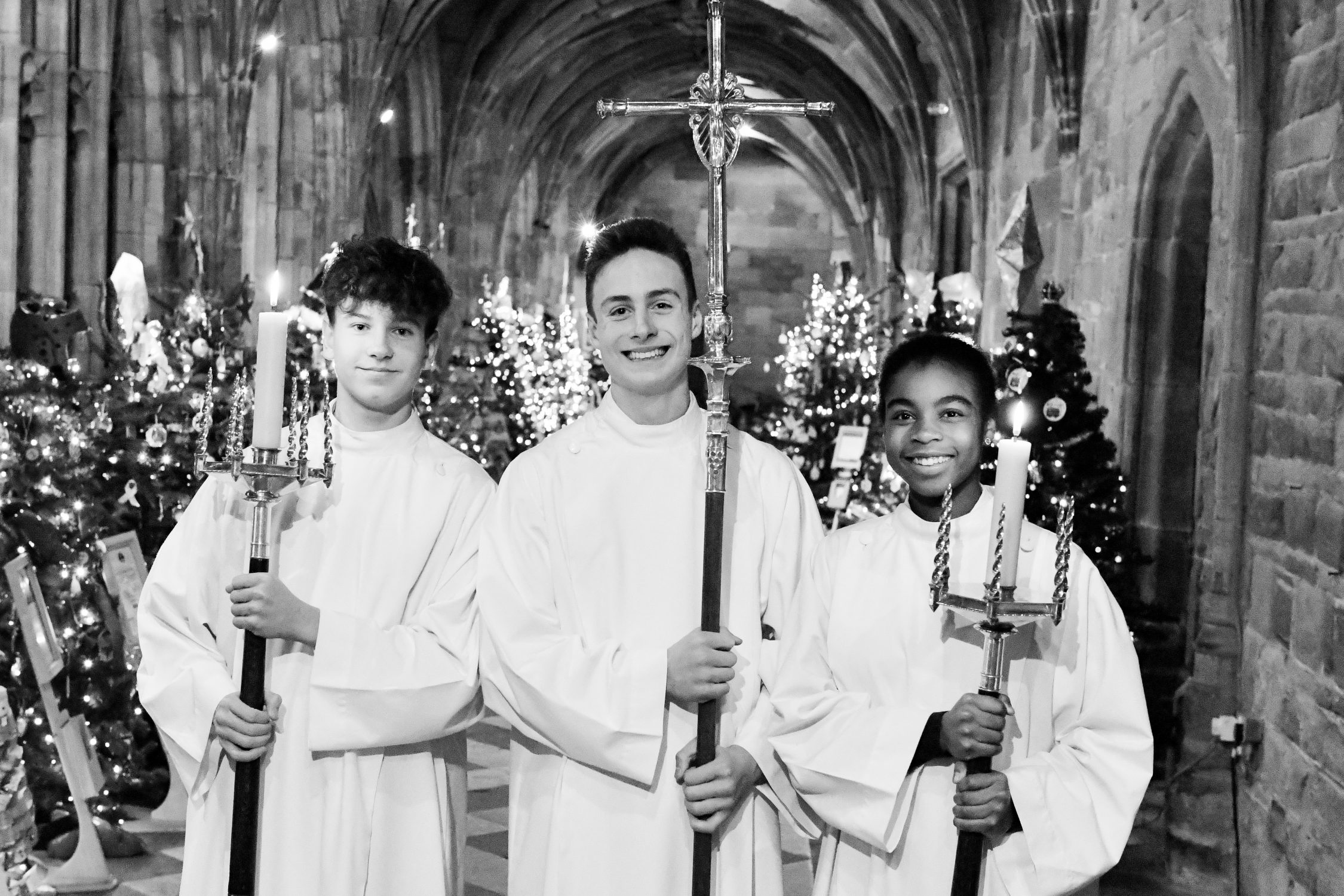 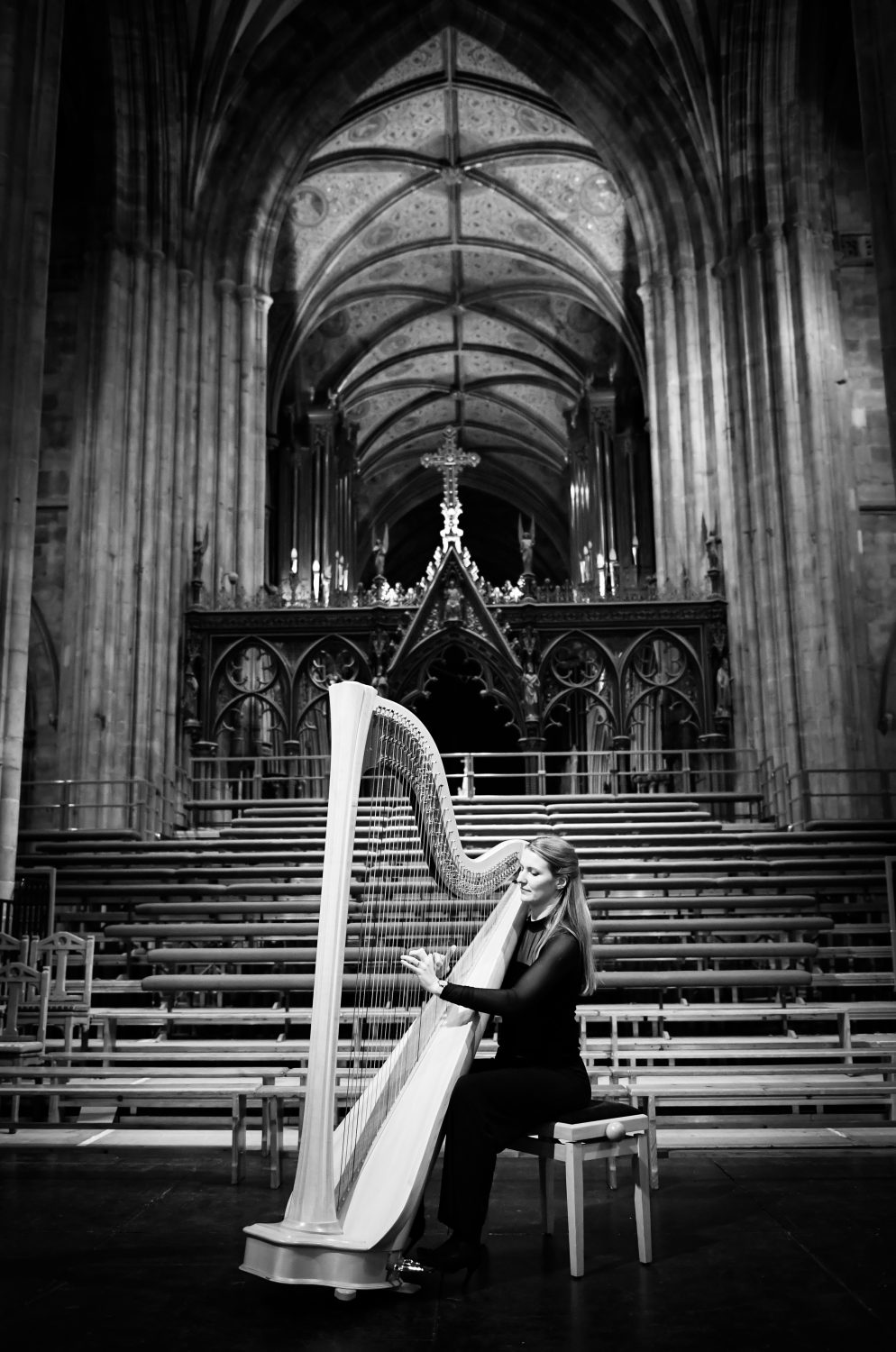