On Saturday 14 September, Sixteen year old, Will Osborne from the Lower Sixth travelled to London to take part in the British Ranking Circuit Under 20’s Fencing event. 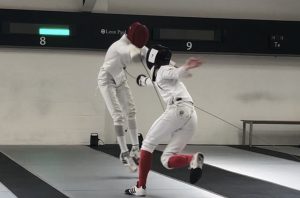 Will, who is at the younger end of the age group, won three and lost two in the pools to be seeded 30th out of 58. He then won his first elimination fight, before eventually losing to the number 3 seed 15-7.  He finished an impressive 26th which was a strong start to his under 20’s career. Well done Will, from all at RGS Worcester.