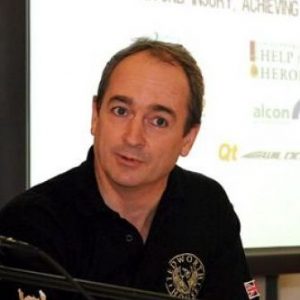 It was reported this week that David Richmond, former pupil of RGS Worcester (1981-85) has been appointed to head up the Office for Veterans’ Affairs(OVA). David is the UK’s most senior officer injured in combat in Afghanistan and is a former Commanding Officer of 5th Battalion The Royal Regiment of Scotland. He also served in Iraq and went on to work as the recovery director at the Help for Heroes charity after leaving the Army.

The Official press release published on 16 October to announce David’s appoint is as follows:

The new office sits within the Cabinet Office and will pull together all functions of government, and better co-ordinate charity sector provision. 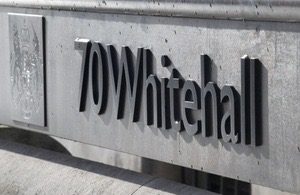 In his first week in office, Prime Minister Boris Johnson established an Office for Veterans’ Affairs at the heart of government and jointly run by Cabinet Office Ministers Oliver Dowden and Johnny Mercer. The creation was part of a government commitment to ensure world-class provision of life-long veterans’ care services in this country.

Following consultation with veterans, charities and civil society groups government can today announce the full scope of the Office, and the programme of work for the months ahead.

Retired Colonel David Richmond CBE, a former Commanding Officer of 5th Battalion The Royal Regiment of Scotland, who served in Afghanistan and Iraq and subsequently became the Recovery Director at Help for Heroes, has been appointed to head up the OVA.

The OVA has been tasked with:

The OVA will lead in ensuring the whole of government is delivering better outcomes for veterans, particularly in areas such as mental health, employment and housing. It will work in partnership with local authorities and the Devolved Administrations to coordinate activity across the United Kingdom.

Cabinet Minister, Oliver Dowden, represents the Office for Veterans Affairs in Cabinet. He said: “I want the UK to be the best place in the world to be a veteran.

Through the new Office for Veterans’ Affairs we can make sure that government delivers on its promises to those who have served and make it easier for veterans and their families to get the support they need. The office will also celebrate the brilliant contribution veterans make in many other walks of life after they leave service.”

David Richmond CBE said: “I’m honoured to take on this role. As a veteran, I understand the struggles that some face and leading the OVA will provide a unique opportunity to serve our veteran community as they transition to civilian life and to ensure that the experience and the support they receive is world-leading.

I also know that our former military personnel are hugely talented, committed and have a range of skills, experiences and qualifications that we must ensure continues to benefit UK society. I want the OVA to champion veterans and ensure that their skills and talents are recognised fully by employers, business and wider society.”

Minister for Defence People and Veterans Johnny Mercer said: “As we reset this country’s relationship with her veterans, we’re making progress with establishing the Office for Veterans’ Affairs. David’s knowledge and experience of both military life and our veterans community will mean that the OVA will make a huge difference to our former service personnel.”

The RGS community wishes David well in his future endeavours.