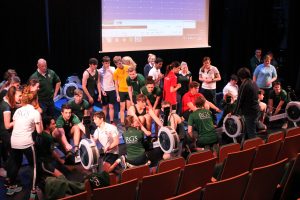 RGS Worcester’s new Performing Arts Centre (PAC) proved the perfect venue for one of the most hotly contested House competitions of the year – the annual House Rowing Competition.

Over 100 students and staff representing the four Houses – Elgar, Ottley, Whiteladies and Wylde – took to the stage with live-action racing results projected onto the big screen. The lighting display and music added to the atmosphere and our Head Boy Alex Owen, Upper Sixth, and Deputy Head Boy George Garrity, Upper Sixth, provided erudite and amusing commentary.

The atmosphere was electric with stunning performances from all of those who took part. The format was team relays over 800 metres with teams of eight taking turns to pull 100 metres each. New this year was the staff race, with teams of four racing over the 800-metre distance. 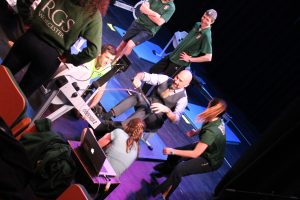 Organiser, Head of Rowing, Jane Sullivan, said: “We wanted to jazz up House Rowing and give the event a buzz. It was great to see every age group in the School trying their hardest, and there were some very slick changeovers in the team relays. The new PAC gave the event an added dimension and I am very grateful to the Drama Department for allowing us to take over the stage, and for their help with lights and music. Our IT Department also organised the race technology which allowed us to bring the racing to the big screen and make it a true spectator sport.” 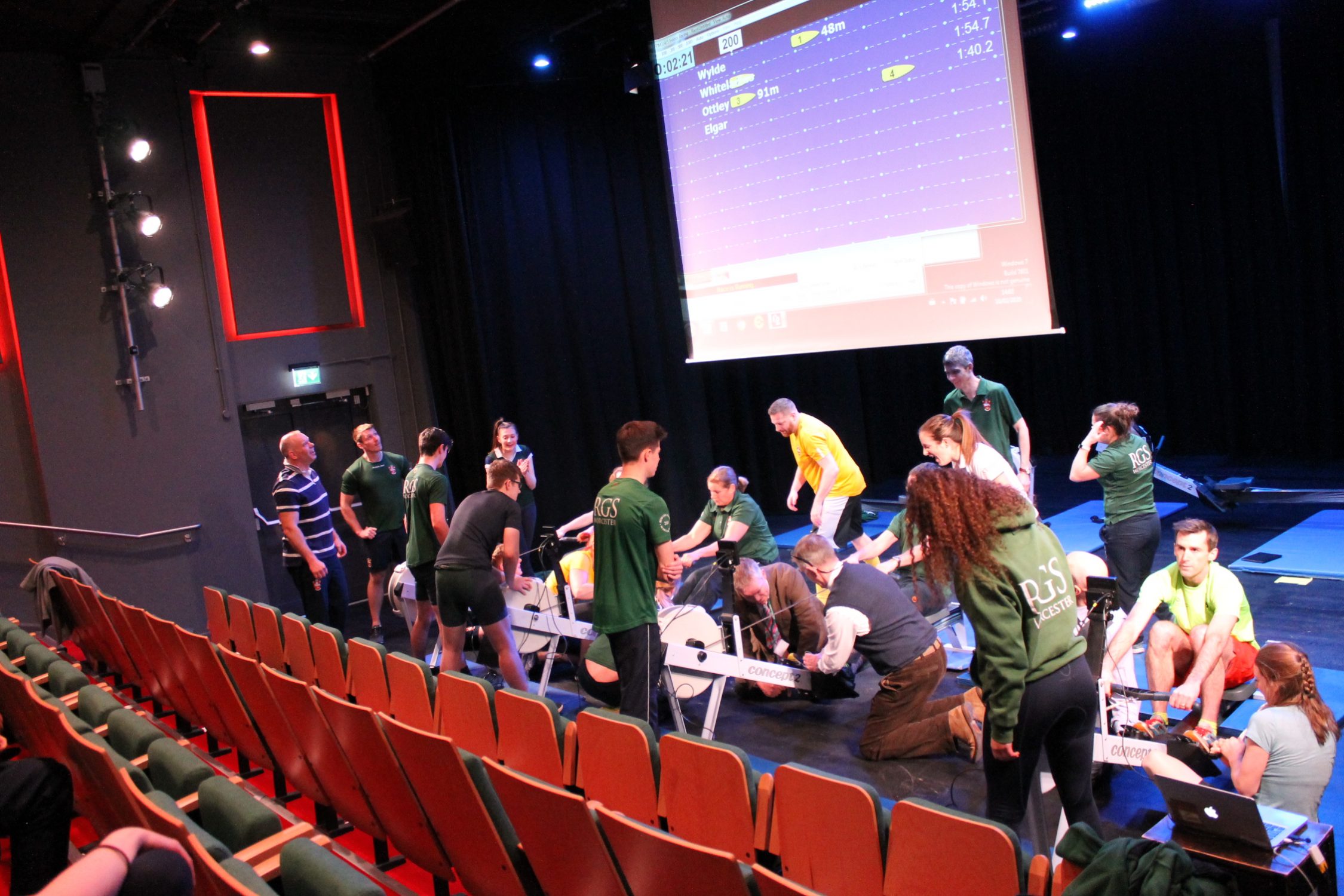 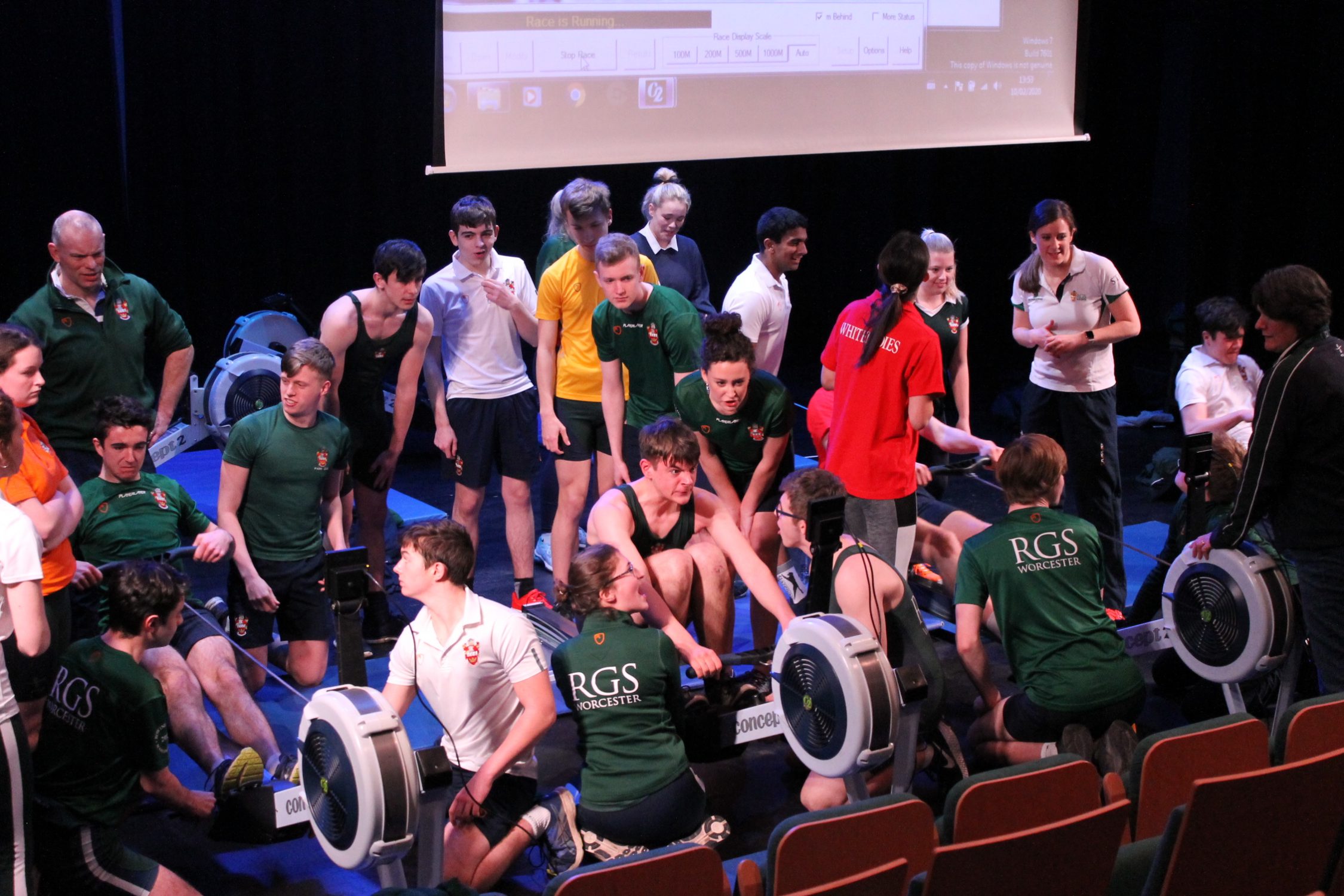