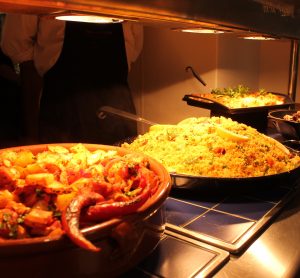 This week saw the arrival of the RGS European Week of Languages, during which we celebrated the multitudinous languages spoken across the continent and encouraged our pupils to indulge in the cultural wonders of our European neighbours.

We started with food, the surest way to a teenager’s heart, with themed lunches (French, Spanish and German) for three days of this week. We entertained, and educated, our Lower School pupils with an interactive online game, Kerboodle, at break times, that took them through some key facts about languages.

Do you know the most spoken language in all of Europe? Or which country has the highest number of Welsh speakers outside the UK? Answers  can be found below at the end of this article. 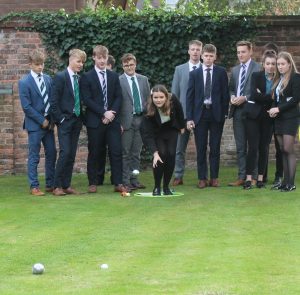 Pétanque, more often played on a languid afternoon in Provence, found its way onto a blustery School Quad as the Houses battled it out in the Middle School (Whiteladies won, quelle surprise!). Our Lower School pupils were drawn to the French cinema evening, showing ‘Les Choristes’, a classic ‘tearjerker’ with a beautiful soundtrack.

We ended the week by inviting five local schools to join us for a day of linguistic stretch and challenge. Oxford University tutors opened our eyes to the wonders of surrealism, the multiculturalism (historic and present) of the Iberian Peninsula and how the French do ‘Bake Off’ (Le Meilleur Pâtissier, if you want to search online for it). Stretched by the linguistic content and challenged by the intricacy of translation across language and culture, all pupils thoroughly enjoyed a fitting end to a week that showcased the enjoyment and value of cultural diversity.

Above all, learning languages is fun, and we hope pupils experienced a little more of that this week.

To reveal the answers, click on the questions below: