Congratulations to all those children who took part in the 25th National Preparatory Championships this week at Malvern College.

This was a truly epic competition with over 60 schools competing in the U11 boys and girls event. A new record! As always the start was exciting and nerve racking for parents who had to watch about 300 children set off down a straight before being funnelled in quite tightly at the bottom of a very steep hill. There were a number of fallers but fortunately in both races, RGS The Grange runners stayed up right and attacked in their different races from the start to finish.

In dry and oddly warm conditions, both teams battled away in the early parts of the race and can all be extremely proud of their achievements of selection, commitment on the day and supporting each other so wonderfully. All aspects of team ethic and sportsmanship were on show. Parents were also in very good voice, giving all the athletes that little bit extra when ever the children came within 10m of them! 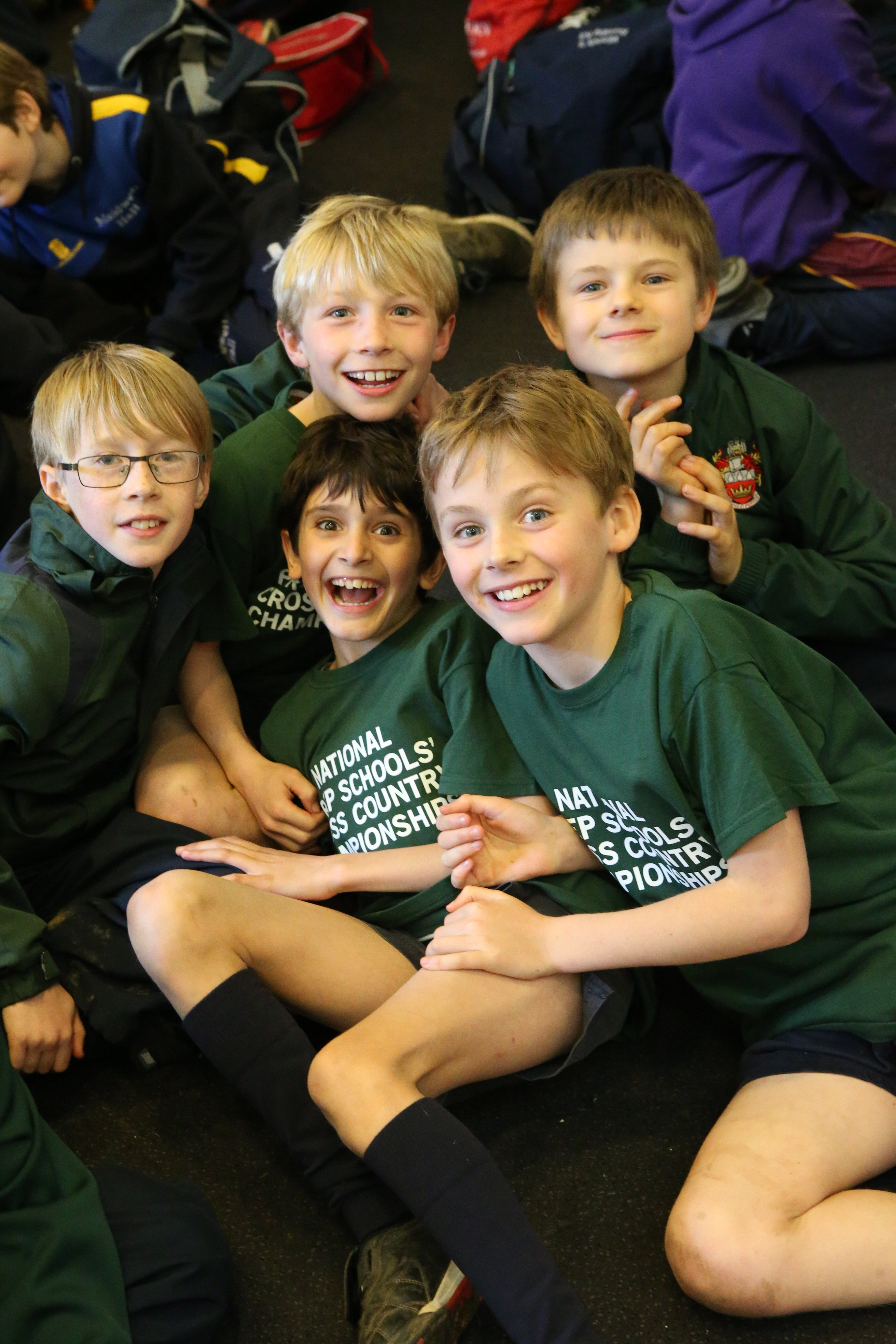 A final position of 21st for the boys team and 42nd for the girls was a great effort and exciting for the future with lots of Year Five children able to run again next year. It is obviously worthy of note to mention the amazing efforts of Harvey, who continues to impress on the running stage. A year under age in a time 30 seconds faster than last year Harvey finished in a very impressive 3rd place overall only 7 seconds behind the 1st placed runner. We were all extremely proud of his efforts on the day and the support by his team mates at the end of the race.